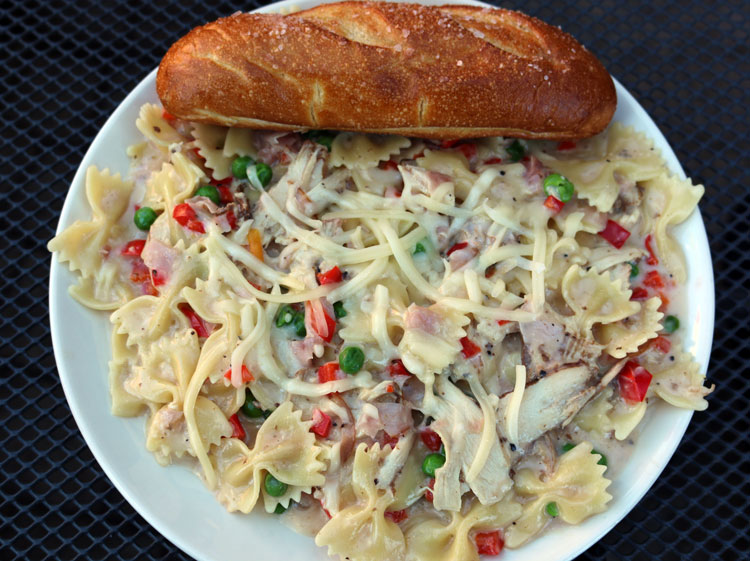 “Show me another pleasure like dinner which comes every day and lasts an hour.”
~Charles Maurice de Talleyrand–Périgord

On Wednesday, November 3, 1948, at Auberge La Couronne in Roule, France,  Julia Child ate what she later declared to be the “most exciting meal of her life,” a veritable feast she shared with her husband Paul: six Brittany oysters, Dover sole meuniere, green salad, fromage blanc with berries, and coffee. Since the airing of “Julie & Julia’’ diners (mostly American and British) have made pilgrimages to Roule in attempt to replicate the French Chef’s gastronomic epiphany. Replicating what Julia ordered is easy. The menu at La Couronne offers the very same meal, calling it “Menu Julia Child.” Replicating the experience itself is not always so easy for American diners who don’t always esteem the experiential aspects of dining as highly as the French do.

American writer Alice B. Toklas relished the dining experience, too, noting: “The French approach to food is characteristic; they bring to their consideration of the table the same appreciation, respect, intelligence and lively interest that they have for the other arts, for painting, for literature, and for the theater.” Other expats—Ernest Hemingway, Gertrude Stein, James Joyce, Pablo Picasso—were similarly caught up in the gastronomic delicacies Paris had to offer, but like Julia and Alice, relished even more the experiential aspects of a meal: the deliberate pace, purposeful gustation, convivial conversation and the bonding of kindred souls enjoying each other.

My first and subsequent dining experiences in France with mon amis French weren’t quite as epiphanic as Julia Child’s, but they did allow me to observe some very fundamental differences between how the French and Americans approach a meal. As a practicing gastronome, those differences resonated deeply. At the risk of being accused of oikophobia, here are some of those differences:

Where American blood pressure elevates if we’re forced to wait more than two minutes for our meals to be served, the French don’t mind waiting as the anticipation makes the taste buds more eager. Where an American meal seems like a sprint, a French meal is a marathon. Americans practically inhale their food, barely stopping to taste it while the French savor their food. They actually focus on it and give themselves time to enjoy each and every morsel. Where Americans swill beer with the same attack and gobble mentality with which we approach food, the French enjoy wine with their meals, taking the time to savor its nuanced flavors, color and body.

Taking into account the French propensity for leisurely, purposeful dining, I had to wonder how the “French inspired” bakery-café La Madeleine would suit the more frenetic American lifestyle. Moreover, whether it could be true to the French countryside dining experience its founder Patrick Leon Esquerre hoped to introduce to America when he launched his first bakery in February, 1983. Having grown up in the Loire Valley region of France, Esquerre had pined for meal times that revolved around homegrown, hand-prepared foods, friends, family and heartfelt conversation. He yearned for the aroma of fresh-baked baguettes and lingering over an espresso at the corner café. Not finding these aspects readily available in America, he decided to create his own.

Over time, La Madeleine expanded from a simple French bakery in Dallas, Texas to a café and neighborhood gathering place in which classic country French fare could be found. Today, La Madeleine has a presence in more than seventy locations throughout the fruited plain. According to its website, “at the heart of the La Madeleine experience is the ability to retreat from the world outside and, for a few moments, enjoy life and food and friends at your own pace.”  It may be a challenge for you to retreat from the world outside when Albuquerque’s sole La Madeleine is situated in the bustling, burgeoning, maddening Uptown shopping district.

Nor will you find yourself magically transported to Paris when you’re standing in line to place your order at a counter.  La Madeleine’s cafeteria-style concept feels so much more American than it does French, reminiscent of a sort of upscale Furr’s Cafeteria.  Not even the huge pastry cases–displaying everything from croissants to linzer cookies to madeleines (the small sponge cakes with a distinctive shell-like shape)–will remind you of authentic French bakeries.  As for the dining area, if the walls were crowded with more bric-a-brac, you couldn’t distinguish it from a Cracker Barrel.  When I called it all “fake French,” my Kim chided me, “if it was good enough for Julia Child, it’s good enough for you.”  She then reminded me that in 1992, La Madeleine catered an event for Julia Child.  Touché.

There is one aspect of dining in France we didn’t miss–the stereotypical and oh-so-real surliness, scorn and condescension of some servers.  In Paris, our debonair dachshund The Dude would probably have been called a “boche dog.”  At La Madeleine he was treated like the royalty he is.  So were we.  The dog-friendly patio is comfortable, capacious and relatively quiet considering the proximity to a large parking structure and Louisiana Blvd.  La Madeleine is open for breakfast, lunch and dinner with a number of signature dishes dotting the menu.

As we contemplated the lunch menu, we enjoyed one of the bakery-cafe’s seven fresh-made salades, the  Strawberry & Bacon Spinach salade (fresh strawberries, crisp bacon, toasted pecans, red bell pepper and fresh spinach tossed in balsamic vinaigrette).  While the listed ingredients would have you believe this salad is a study in contrasting flavor profiles, we found it surprisingly one-note.  That note is tart.  The strawberries, though a vibrant red, aren’t especially sweet and the vinaigrette is, not surprisingly, vinegary and more than a bit tart.  Though the salade has bacon and pecans, they’re crushed into tiny pieces and don’t really make their presence felt.  This salade ached for a good French bleu d’Auvergne, a potent blue cheese…preferably lots of it.

Much better is the cream of mushroom soupe (creamy vegetarian soupe bursting with flavorful pieces of wild mushrooms and special seasonings).  It’s got the comforting, soul-warming properties and earthy qualities of all great cream of mushroom soupes.  The operative terms there are mushroom and earthy.  The earthy, wild flavor of mushrooms is very prominent, not watered down.  This is not a soupe you would consider desecrating with crackers or slurping up.  You’ll want to savor it slowly and let your taste buds luxuriate in its comforting warmth and delightfully earthy flavor.

Admittedly, we chose our shared entree not because of its French authenticity, but because it reminded us of a favorite Italian dish, pasta carbonara.  That dish, chicken cordon bleu pasta (bow tie pasta sautéed in creamy Gruyère cheese sauce with balsamic-marinated chicken, smoked ham, peas and red bell peppers) is obviously named for a popular dish attributed to the French (though while the dish does get its name from the French term for blue ribbon (denoting excellence), some culinary scholars believe the dish originated in Switzerland).  Origin notwithstanding, this is an excellent dish showcasing so many great ingredients working well together.  The salty and creamy Gruyere (a Swiss cheese) permeates and complements every other element of the dish.  It especially contrasts well with the sweet acerbic flavor of the red pepper and the fresh green peas.  Another plus for me is the ham and chicken being cut into small pieces, an aspect of French cooking well replicated here.

Give my Kim a choice of savory or sweet croissants and she’ll always opt for the former–with lots of butter (preferably French). La Madeleine made it tougher for her to choose with sweet croissant offerings that include almond, chocolate almond, regular chocolate and raspberry cream cheese options. Predictably, she opted for the savory butter croissant, a golden-hued beauty with a buttery, flaky texture on the outside and silky, soft and airy on the inside.  Even without slathering it on, it’s one of the most buttery croissants we’ve had in Albuquerque.  My choice was the chocolate croissant (more accurately, a pain au chocolat).  Pain au chocolat (which translates from French to “chocolate bread”), consists of a rectangular yeast pastry dough similar to a croissant, wrapped around dark chocolate.  It’s a very good version.

You probably won’t regard your dining experiences at La Madeleine as life-changing as Julia Child did her inaugural experience at Auberge La Couronne, but you will come away with an appreciation for solid, delicious food and the pleasant milieu in which it is served.