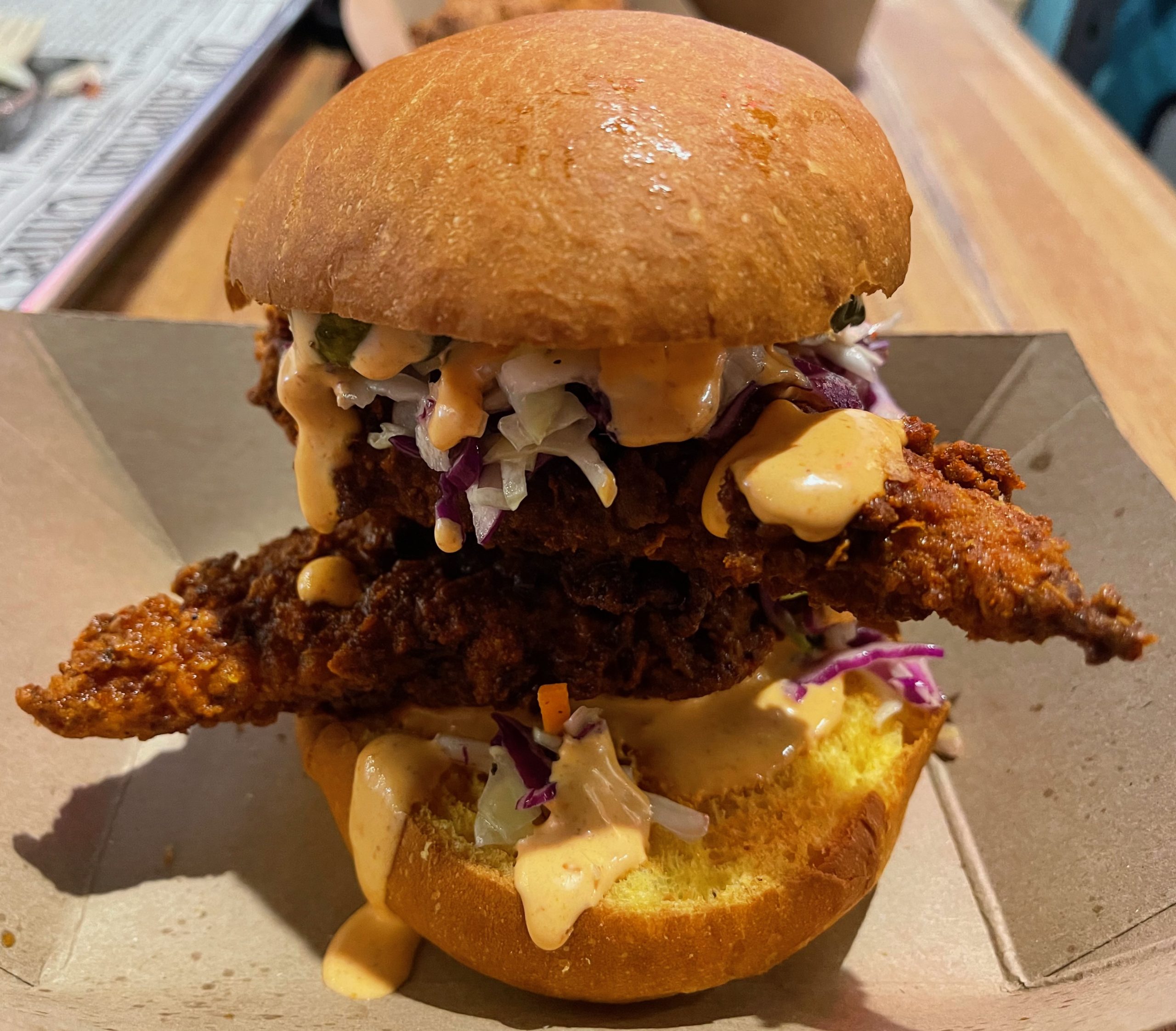 In one of the most famous soliloquies ever penned, Juliet Capulet pondered “What’s in a name?  That which we call a rose by any other name would smell as sweet.”  As restaurateurs know, the success or failure of a new restaurant can hinge on many factors, not the least of which is an intriguing name.  Great restaurant names can create an aura that elicits salivation even before a guest has stepped through the door.  A restaurant’s name should add to its allure not cause potential guests to ponder what the heck it means.

That is…unless you’re a logophile (someone who loves words).  Those of us with that particular affliction try to figure out a word’s etymology (study of the meanings of words) without consulting a dictionary.  Such was the case when I read about a new Duke City eatery called KūKri.  My initial assessment that the name was a twist on the city’s name, much like television station KRQE and radio station KRKE.  Had the “r” and the “K” been transposed, that assessment would have made sense.  I would have to look it up.

According to online sources a “kukri” is a type of machete originating used as a handheld weapon in hand-to-hand combat.”  Though the word has its genesis in the Indian subcontinent, it still elicited vivid imagery of a machete being us to chop up hunks of meat.  You can imagine my crushing disappointment when I ran into owner Basit Gauba and asked him.  He explained “Kukri means skinny chicken in my language.” (other language being Pakistani.)  It’s no wonder he didn’t use the English translation in naming his restaurant.

Can you imagine visiting a chicken restaurant named Skinny Chicken?  Your expectations would probably be rather low.  When we visit chicken restaurants, we’re typically in pursuit of gloriously golden and pleasantly plump poultry not some scrawny, bony chicken (picture Don Knotts in a chicken outfit) that got all the slim peckings in the coop.  If you’ve ever met Basit Gauba or visited his other eatery, you know he doesn’t serve skinny chickens.  Quite the contrary!

Basit’s other eatery Tikka Spice was Albuquerque The Magazine‘s Best of The City Award-winner in the food truck category for 2021.    Basit makes his mission clear on Tikka Spice’s website: “Tikka Spice is about creating a experience. One that will teleport you to the other side of this world. Whether it being our Loaded Samosas or our Chicken Tikka Tacos or even our authentic Curry Bowls served over rice, just like I ate growing up.”  When it comes to chicken cred, Tikka Spice and Basit Gauba have it in spades.

Chicken is far from the only bill of fare at Tikka Spice though the legendary spicy chicken tikka sandwich was one of the most popular items on the menu.  Your first reaction at seeing that behemoth might be to wonder if it was for eating or for climbing.  Seriously, it was skyscraper (at least a New Mexico skyscraper) tall.  As we surveyed KūKri’s menu, we were excited to see a chicken sandwich on the menu.  Best of all, fire-eaters can enjoy the level of heat they want–everything from “mild” to “insanely hot.”

If the prospect of incendiary poultry has you salivating, you can find KūKri at the 505 Central Food Hall the same great urban food hall where you can find Thicc Pizza Co. (my favorite Duke City pizza, by the way). KūKri specializes in chicken.  A subtitle beneath its signage reads “Chicken Tikka Tenders,” but there’s more than chicken on the menu.  Unlike other hot chicken restaurants popping up throughout the city, it doesn’t specialize in Nashville hot chicken.  Basit explained the fiery chicken is made from a hybrid of incendiary Pakistani spices  as well as Nashville hot spices.  The description for the “Insanely Hot” chicken reads “You crazy.  Don’t do it.  It’s not worth it.”  You can bet manly men throughout the metropolitan area will be trying to prove their mettle.

The real challenge is to eat that combustible chicken without one of KūKri’s  fresh squeezed lemonade or mango lassi heat suppressors.  The lemonade is the best we’ve had since Sweet Lake Biscuits & Lemonade.  Flavors such as strawberry lemonade and mango lemonade will be huge hits in summer and Albuquerque’s three other windy seasons.  Menu extras include self-deprecating “plain & boring fries.”  They’re crispy and have a nice amount of salt but are otherwise plain and boring.  Get the tikka fries instead.  They’re enlivened with green chile queso, garlic crema, tikka sauce, Sriracha and pico.  These fries will flay your feathers.

My Kim, whose tolerance for heat doesn’t extend much beyond ketchup, ordered the chicken tenders (mild) with a side of housemade mac and cheese.  Even at “mild,” these tenders had an adult (well, maybe wimpy adult) level of heat.  Much of that heat is on the batter which she peeled off to reveal tender, juicy thigh meat.  With or without batter, the chicken is moist and delicious.  It may no longer be “hot chicken,” but it’s still very flavorful.  The mac and cheese also has a bit of heat, but any self-respecting New Mexican should have no trouble with it.

Rather than risk third-degree burns, your not-so-intrepid gastronome had a KūKri sandwich (two hand-breaded chicken tenders, slaw, pickles, tikka sauce on brioche) at the not-so-insane level of “hot.”  Before you ascribe such adjectives as “wissy” and “wuss,” you should know that the menu describes “hot” as “hotter than other places.  You are warned.”  There probably should have been two warnings.  The other would be warning of the sandwiches height.  Unless you can dislocate your jaw like a python there’s no way you can put one of these sandwiches in your mouth.  You’re well advised to pluck off one of the chicken tenders and eat it separately.  Readers who appreciate a hot chicken sandwich will love this one.

That skinny chicken restaurant on Central Avenue just might awaken you to new possibilities in the exploration of flavors. Even if its name translates to something less than fiery, KūKri is not for wimps.