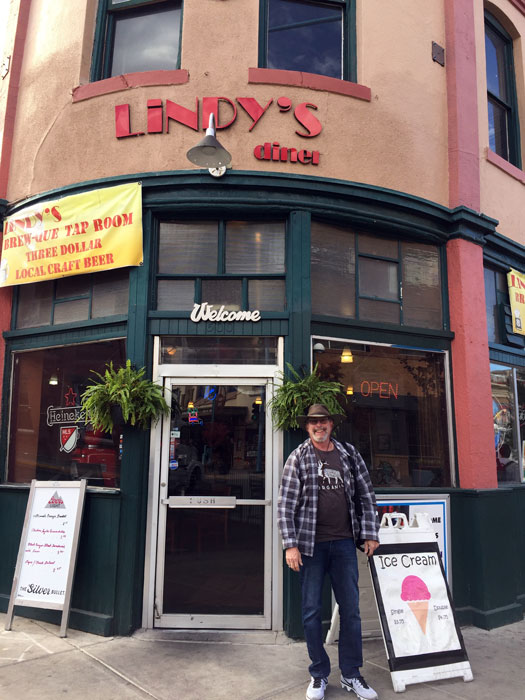 As restaurants demonstrating longevity often demonstrate, adapting to their environments doesn’t  mean changing with the times to become what they’re not.  Restaurants with a timeless appeal tend to be true to themselves–trendsetters, not followers.  Restaurants with a timeless appeal survive because they generally have a good product to begin with.  They provide good value, excellent service and perhaps most of all, a memorable dining experience.

Truly timeless classics traverse the span of years and generations, often creating a bond of shared memories between parents and their children. As celebrity chef Mario Batali says, “it’s not all about food, it’s about memories.”

Americans are a nostalgic people.  We long for the good old days and don our rose-colored glasses when we reminisce about the sights, sounds and memories of our past.  Though we can’t journey back to those bygone eras which seem more sweet and innocent than perhaps they really were, we can recreate those experiences when we visit the vintage restaurants we loved in our youth and cherish in our adulthood.

This fact wasn’t lost on Cheryl Alters Jamison, the scintillating culinary liaison for the New Mexico Tourism Department.  When contemplating how to follow up the wildly successful New Mexico Green Chile Cheeseburger Trail, Cheryl figured why not honor New Mexico’s culinary treasures–those independent mom and pop restaurants which have stood the test of time to become beloved institutions in their neighborhoods and beyond.

That inspiration came as she attended the James Beard Foundation awards celebration in New York City in which Mary & Tito’s was recognized as an America’s Classic, the Foundation’s award for locally-owned restaurants which have distinguished themselves by their timeless appeal.  Mary & Tito’s is the third New Mexico restaurant honored with this award, following Cafe Pasqual and The Shed, both from Santa Fe, as honorees.  A culinary treasure herself, Cheryl reasoned that New Mexico is rich with fabulous family-owned restaurants visitors and residents should know about.

The New Mexico Tourism Department solicited input statewide and received dozens of nominations from loyal patrons, restaurant owners, chefs, cooks and waitstaff.  Cheryl then convened a team of culinary experts–the brilliant Kate Manchester, publisher of Edible Santa Fe; Martin Leger, the advertising manager for the Tourism Department; and this humble blogger–to validate that the nominees met the criteria and to add our own qualifying choices.

We painstakingly sifted through the list of nominated restaurants, selecting only those rare and precious family owned- and operated gems operating continuously since at least December 31st, 1969.  The end-result is a  comprehensive list of more than seventy culinary treasures, all of which are profiled on the New Mexico Tourism Department’s Web site.  The Web site also includes the culinary trail map (also posted below), an interactive guide to the culinary treasures.  Both are designed to whet your appetite and invite you to create new memories of new old soon-to-be favorites.

The list of New Mexico’s culinary treasures includes many restaurants profiled on this blog as well as others I’ll be visiting in the future.  The “New Mexico Culinary Treasures” category on the menu at right will include those reviews.