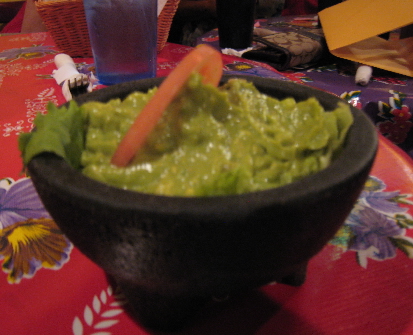 The rich folklore of the Hispanic culture of northern New Mexico and southern Colorado is preserved largely through cuentos and dichos passed down from one generation to the next. Cuentos are stories, legends and myths, the type for which Aesop is renown. Dichos are pithy folk sayings or proverbs much in the style of Confucius. Both cuentos and dichos are replete with the wisdom of the ages expressed in simplistic terms even a child can easily comprehend. They offer words to live by.

One of my favorite dichos goes, “A la primera cocinera se le va un chile entero,” which means “To the best cook goes the whole chile.” This dicho recognizes that the best cooks know how to maximize the flavors of chile to bring out its full complement of deliciousness. It also expresses the sentiment New Mexicans have for their favorite purveyors of chile, whether they be the growers which harvest fecund fields for the staple of New Mexican cuisine or the innumerable restaurants which serve it.

While chile is a ubiquitous offering in the Land of Enchantment, its preparation is as widely diverse as opinions are as to what constitutes the best chile. Even among traditionalists, there are wide and disparate opinions as to how to prepare chile, a frequent point of contention being whether or not cumin should be used. Purists like me will argue that chile is one of nature’s perfect foods and that it requires absolutely no amelioration whatsoever. To many of us the addition of cumin is a desecration, a defilement of a sacred food. Regular readers of my reviews know my stance on cumin, that foul despoiler of flawlessness and they’ll forgive me if I make this point ad-nauseum.

Some of us believe the addictive piquancy of chile must bring sweat to our brows, tears to our eyes and blisters to our tongues. If chile doesn’t have these effects, it may as well be chili, that Tex-Mex offering some self-respecting New Mexicans deride. Pepper spray has nothing on chile for some of us capsaicin addicted masochistic diehards. Combine a pure, earthy chile with the capsaicin heat of a piquant chile and you’ve got the bet of both worlds.

When it comes to New Mexican red chile, many of the restaurants which most meet my criteria for great chile seem to be clustered in Santa Fe where the chile is reminiscent of the chile on which I was weaned. Santa Fe’s purveyors of chile, unlike many of their brethren in Taos and Albuquerque, have not “anglicized” their chile for tourist tastes. Santa Fe chile tends to be potent; it bites back.

Santa Fe restaurants offer a chile which tends toward being a dark red, characteristic of not employing corn starch or other thickening agents. It is more “earthy” and suggestive of nature in all its fresh and delicious purity. It is the essence of New Mexico chile the way it is meant to be. There may be a lesson here for Taos and Albuquerque restaurants which have “dumbed down” their chile in catering to unacculturated tourist tastes.

Compared to some of Santa Fe’s venerable New Mexican food restaurant mainstays, some of which have been delighting generations of locals and tourists alike, Cafe Castro is a relative newcomer to the Santa Fe restaurant scene.  Owners Julia and Carlos Castro had a winner in their hands from the onset with a winning formula of unadulterated chile purity, generous portions and some of the most friendly service in town.  The Castros’ first restaurant venture in Santa Fe, the defunct older sibling Castro’s Restaurante, on Rodeo road was ensconced in secluded Rodeo Road which made it an off-the-beaten-path dining destination.  Cafe Castro is situated on Cerrillos, one of Santa Fe’s most trafficked streets.

The menu is replete with traditional favorites prepared in the manner in which abuelitas and cocineras have done so for generations. The restaurant is almost directly across Cerrillos from Jackalope, but if you’re driving a bit fast you might miss it. It is a homey little restaurant with limited parking and short waits are not uncommon. Its walls are festooned with very eclectic New Mexican and Mexican art including one wall depicting Dia de los Muertos (day of the dead) skeletal figures in various poses, for example, a sombrero attired caballero kneeling at the feet of the Virgen de Guadalupe. Massive vigas on the ceiling, terra cotta floors and amber and white stuccoed walls lend to the ambiance.

At most New Mexican restaurants salsa is not always a barometer as to the piquancy of the restaurant’s chile. In many cases, the salsa is the sole dish with any piquancy. The salsa at Cafe Castro has a nice bite to it. It is about as thick as ketchup, but you’d never make that mistake in terms of flavor and piquancy. This salsa is potent, a sassy mix of chile, garlic, onion and rich, red tomato. Our only complaint is that it’s not complementary, an increasingly frequent trend in New Mexican restaurants.

As piquant as we found the salsa, we were somewhat disappointed in the guacamole, the sole discernible flavor of which was mashed avocado. While avocado is the key component in the construction of guacamole, its flavor is usually complemented with salsa, garlic or even lime. If you like buttery, unadorned guacamole, Castro’s will accommodate you.  The con queso is much better, the piquant influence of green chiles apparent in every bite.  Chips are low in salt.

The menu is not a compendium of everything New Mexican. Rather, it is a limited selection of New Mexican treasures prepared exceptionally well. All the standards are there–enchiladas, tacos, burritos, stuffed sopaipillas, chile rellenos, combination platters and even a New Mexican steak. The only item on the dinner menu which might be argued is not New Mexican is the chalupa (a specialty of the states of Puebla, Guerrero and Oaxaca) dinner.

If excellent enchiladas are the true measure of a New Mexican restaurant’s cuisine, Cafe Castro has enchiladas for everyone–blue corn, cheese, chicken or ground beef. You can also have them all by ordering the triple enchilada, a bounteous platter featuring one cheese, one chicken and one ground beef enchilada, rolled and smothered with your choice of red or green chile (or both) and served with Spanish rice and beans.

The green chile is merely delicious, chopped finely and unspoiled. The red chile is as described by the Albuquerque Journal’s Anne Hillerman, “some of the best in town–smooth, thick, spicy and irresistible.” It is also pleasantly piquant with the type of burn some of us leather-tongued aficionados love. It is a dark chile almost the color of kidney beans and you get plenty of it on your plate.  New Mexicans might be tempted to lick their plates while tourists will likely say “no mas” to its bite.

The triple enchiladas are triply terrific when topped with a fried egg over medium so that the yoke is easily punctured by your folk to allow it to run over the enchiladas. Melted Cheddar cheese and a garnish of lettuce and tomato add contrast and flavor. The beans are excellent while the Spanish rice is, well, it’s Spanish rice. This is a humongous plate you might not be able to finish, but you will want to make sure you finish off every bit of the chile.

The carne adovada is some of the very best in Santa Fe, if not the Land of Enchantment.  Picture tender tendrils of shredded pork marinated in red chile so rich and delicious you’ll want to make out with it.   Picture it served with two eggs prepared any way you want them and served with a side of papitas.  Picture a pinto-pony colored char on the tortilla which you’ll use to sop up all the chile.  The cooks at Cafe Castro exemplify the dicho with which this review began.

The portions are prodigious at Cafe Castro, but you’ve got to save room for the sopaipillas. I’ve heard children refer to sopaipillas as “sofa pillows” and these might be, in terms of size only, the closest I’ve seen to matching that description. These sopaipillas are enormous. Cafe Castro delivers a basket of steaming warm sopaipillas immediately after bringing the entrees to your table. That’s a good practice for a couple of reasons. You can eat these puffy pillows of deliciousness before you’re too engorged to eat another bite. Secondly, with a little bit of honey, the sopaipillas will cut the piquancy of the chile for folks whose tongues aren’t lined with asbestos.

Cafe Castro offers several other menu options–chocolate brownie, flan, apple pie, tres leches cake–and most diners won’t have room left to enjoy them.  The apple pie a la mode is probably pretty good, but with every bite my thoughts were of the old Alka Seltzer commercial in which an overstuffed diner repeatedly uttered “I can’t believe I ate the whole thing.”

Cafe Castro understands the concept of “getting the whole chile” and they sure know what to do with it. This is a very good New Mexican restaurant which adheres strictly to traditions, especially when it comes to chile. That’s the way I like it.