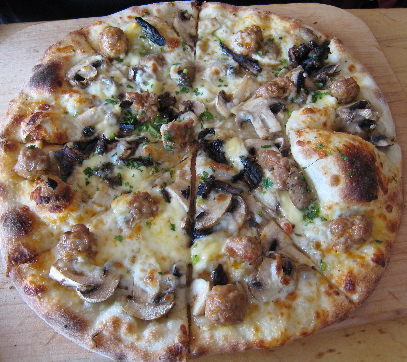 Historians have characterized the discovery, exploration, and colonization of the Americas in the late fifteenth and sixteenth centuries as having had three express purposes: glory, gold and God. This holds true in New Mexico where Spanish Explorers may have come for glory and gold, but finding neither, stayed for God.  Believing the large population of native peoples needed to hear the Gospel, the Spaniards established New Mexico first as a colony then as a mission.

The effort to Christianize the native peoples was led by Franciscans, known then as the Sons of St. Francis of Assisi.  The sandal-shod Franciscans carried the Gospel throughout the Indian pueblos, indelibly imprinting Franciscan spirituality into the fabric and soul of New Mexico’s Catholicism.

Evidence of their spirituality remains in the large population of Roman Catholics in New Mexico today, but also in the names given to villages throughout the state. One example is La Villa Real de la Santa Fe de San Francisco, translated from Spanish to The Royal Village of the Holy Faith of Saint Francis of Assisi, shortened to Santa Fe.

In 1995, a restaurant named Osteria d’Assisi, was launched in a renovated home about two blocks north of the historic Santa Fe Plaza.

Fittingly, Osteria is the Italian word for a humble restaurant where wine and tasty food are served.  Osterias are known as much for their hospitality as they are for their cuisine.

The Osteria d’Assisi is renown for its regional Italian cuisine, utilizing the “Mediterranean” approach to its culinary preparation.  This time-honored approach is marked by the use of fresh ingredients and olive oil.  The menu includes house-made pasta, fresh seafood, veal and lamb, locally grazed beef, gourmet pizza, fresh bread baked daily and decadent desserts.

The restaurant’s interior features an Italian decor amidst remnants of an old New Mexico home that includes large vigas in several of the restaurant’s dining rooms.  Kiva style fireplaces set against colorful, multi-hued walls are another reminder that this was once a very nice home in a historic area of the city.

The simple wooden furniture is more functional than it is comfortable.  White linen tablecloths adorn each table while the walls of the main dining room are festooned with colorful paintings.  A small patio, offering the feel of a country villa, is perfect for summer time dining.  In the winter, the patio’s metal grate tables might just have an inch or two of snow on them.

Befitting its name, the Osteria d’Assisi is renown for attentive service with a wait staff that is both knowledgeable and accommodating.  Nattily attired, the wait staff and bus staff also follow one of the golden rules of good service–don’t hover, but be available when needed.

They also know that diners want bread brought to their tables promptly.  The bread is sourdough bread.  Its crust and bread texture are classic–chewy and airy on the inside with a tangy taste and a hardy crust on the outside.

The menu’s “Minestre e Insalate” (soup and salad) section features a soup of the day as well as fresh minestrone.  A variety of fresh salads is also available, including the Mozzarella Caprese.  This garden-fresh salad is comprised of fresh mozzarella with tomatoes and basil garnished with baby greens in a very light vinaigrette dressing.

The mozzarella is sliced thickly and laid on top of slightly green tomatoes.  The vinaigrette enlivens the salad without overwhelming it.  It’s a salad that evokes a spring-like feeling

Fresh, house-made pasta is a hallmark of great Italian restaurants and at Osteria d’Assisi, the profusion of pasta options will make it difficult to settle on an entree.

If you’re ravenous for ravioli, there are two distinctly different ways to have it.  The Ravioli di Zucca is a butternut squash-filled ravioli while the Ravioli di Vitello is stuffed with veal.

You might also opt out and enjoy the special of the day as I did during our inaugural visit when the featured fare was fettuccini with a creamy Cajun dressing.  This flavorful mélange also included green peas, shrimp and sausage with a generous sprinkling of Parmesan cheese.

Many Cajun named entrees prepared outside Louisiana seem to focus on intense peppery heat and don’t capture the essence of true Cajun cuisine.  The Osteria’s rendition would make a Cajun proud with a sauce that is not only pleasantly piquant, but creamy and delicious.  Bite into each shrimp and it snaps with the unmistakable texture of freshness.  The pork sausage is also piquant with nary a hint of fennel.  The fettuccini is perfectly cooked.

Gourmet pizza is a favorite lunchtime entree.  Even though only three different pizzas are available on the menu, they seem to fly out of the kitchen.  A traditional Pizza Margherita (fresh basil, mozzarella, tomato sauce) is one option.

Another is the Pizza Bianca ai Funghi e Tartufo, a pizza sans tomato sauce, but replete with assorted wild mushrooms, Fontina cheese and truffle oil.  It’s a beautiful stone-oven-fired pizza covering most of the wooden plank on which it’s served.  The fleshy fungi are perfectly cooked and imbue the pie with a lot of flavor while the Fontina makes it fragrant with fromage.  The crust is light and thin with a nice char and air holes that say it’s perfectly prepared.

In 2007, John Vollertsen, writing for Santa Fean magazine declared Osteria d’Assisi the city’s best Italian restaurant of the year.  “With a name like Lino Pertusini listed as the owner, you know you are getting the real McCoy when dining at this bustling downtown trattoria,” Vollertson writes.