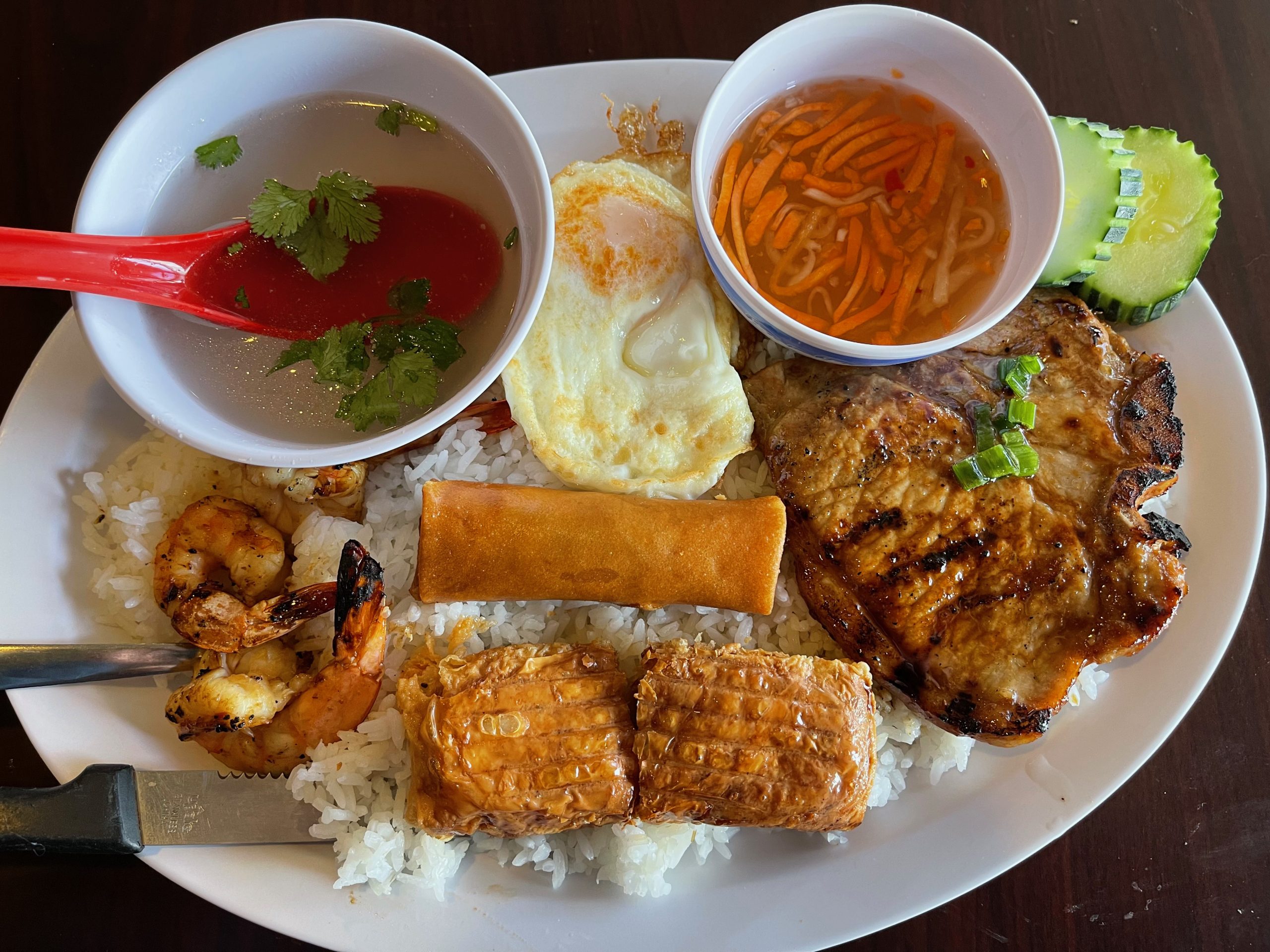 “In food, as in death, we feel the essential brotherhood of man”
– Vietnamese Proverb

Western sensitivities cause even those among us who consider ourselves gustatorily open-minded to utter an “ick” or two at what is culinarily acceptable–even considered delicious–in other cultures. Some of us would recoil in disgust at the notion of eating grilled dog, roasted cat, grain-fed mice, beating cobra heart, soft-boiled fetal duck or silk caterpillars, but these are dishes an official Vietnam culture site considers “something special” when skilfully cooked. What the watered down American palate often considers disgusting may, in fact, have deep cultural underpinnings, some of the aforementioned “delicacies” even gracing the tables of royalty. Oftentimes things Americans consider inedible creepy crawlies are eaten for the sake of survival.

The diversity of our planet is such that what is delicious, disgusting, edible or delicious often has powerful cultural, socioeconomic and religious connotations, all of which evoke visceral reactions. Among Hindus who regard cows as sacred creatures, the ubiquitous American hamburger can be very offensive. Many Hindus are very careful to avoid the meat aisle where the “dead animals” are kept. Until rather recently, many Chinese nationals wouldn’t dream of consuming cheese, the thought of fetid fromage being beyond comprehension. Many world cultures cringe at the notion of eating anything that isn’t organic, fresh, pure and natural. Heaven forbid the common American practice of growth hormone injections into farm animals.

While some dining taboos will forever be imprinted throughout world cultures, our ever-shrinking planet has become less xenophobic and more accepting of the foods of other cultures. One cuisine which has made significant inroads in the world culinary stage is Vietnamese food. The advent of its popularity in American began with the Vietnamese diaspora of the 1970s which saw large numbers of expats seeking refuge from the war who found solace in the land of the fruited plain.

My first experience with the mysteriously exotic cuisine of Vietnam occurred in 1977 when the Air Force sent me to Massachusetts. Having been raised on a diet of northern New Mexican staples such as chile, beans and farm-raised vegetables and being bumpkinly naive, Massachusetts awakened my taste buds to an electrifying new world of cuisine. Like the proverbial kid in the candy store, I wanted to sample it all. Fortunately my boss was married to a lovely Vietnamese woman who created spicy, herbaceous magic in every dish. An invitation to her kitchen was an invitation to intoxicating fragrances which enveloped me like a warm hug. I practically wanted to be adopted.

Vietnamese restaurants have had a presence in the Duke City since at least 1987 when Saigon Far East opened, but they really didn’t start to gain prominence and popularity until the Nguyen family launched the May Cafe. By 1995, the May Cafe was regarded as one of Albuquerque’s very best restaurants of any genre by no less than the long defunct Abq Monthly magazine. In its annual food issue for 1995, the magazine selected its ten best restaurants in the city then honored several restaurants warranting consideration. The May Cafe was among those Miss Congeniality choices.

The number of Vietnamese restaurants in Albuquerque has grown, seemingly exponentially. According to my much-missed friend and fellow culinary voluptuary Larry McGoldrick, the professor with the perspicacious palate, there were two dozen of them strewn throughout the Duke City as of October, 2010. Several more have been added since. There are more Vietnamese restaurants in Albuquerque than there are Thai restaurants. Among Asian restaurants, only those specializing in Chinese food and sushi have a larger presence.

Since 2005, Viet Rice had been the only option for residents of the City of Vision who didn’t want to drive to the Duke City to assuage their Vietnamese food fix. That changed in August, 2011 with the launch of Pho Bar  at the former site of the Black Olive Wine Bar & Grill. It’s situated in the Country Club Center on Southern Boulevard, the shopping center in which Albertson’s was once the largest anchor tenant and in which you’ll find Joe’s Pasta Cafe, the best Italian restaurant on the west side and beyond.  The Pho Bar rivals its competitors as the most capacious Vietnamese restaurant in the Duke City area. In fact, it’s almost cavernous.  It’s partitioned into three sections, each with seating for dozens of patrons.  Both booth and table seating are available. The walls are a mishmash of earth-tone and raspberry colors.

Pho Bar’s menu is a veritable compendium of Vietnamese deliciousness, 86 menu items in all. Included are eight banh mi, the incomparable Vietnamese sandwich whose popularity has exploded across the fruited plain. Best of all, the foundation for these banh mi are fresh-baked twelve-inch French baguettes from the olfactory-arousing ovens at Banh Mi Coda, the peerless purveyor of scrumptious sandwiches. Each banh mi is topped with pickled daikon radish, carrots, cilantro, sliced jalapeño, cucumber and Vietnamese mayo, all perfect counterpoints to such unique banh mi fillings as sliced shrimp sausage.

8 December 2021: While American sandwich preferences lean toward overstuffed, banh mi are relatively parsimonious in terms of sheer volume. They more than make up for quantity with flavor combinations that are positively addictive. If size remains a factor in your sandwich ordering routine, Pho Bar offers a double-meat option.  My favorite of the eight sumptuous sandwiches is the banh mi stuffed with a double meat portion of Vietnamese ham, pate, head ham and jambon.  It’s the closest thing to a cold cuts sandwich you’ll find at the Pho Bar.  if you love your sandwiches served heated, the grilled beef banh mi is an excellent choice.

6 December 2021: Appetizers include eight different spring rolls, each stuffed with lettuce, cucumber and vermicelli noodles wrapped inside clear rice paper. They are served with a peanut sauce though you can request fish sauce if you so desire. Boneless stuffed chicken wings are another option, two large wings generously engorged with a delicious filling of ground pork and mushrooms served with fish sauce. Alas, I joked with my Kim that maybe I had Covid (which is really no joking matter) because I couldn’t discern the pungency that makes Vietnamese fish sauce so wonderful. Fish sauce is so integral to Vietnamese cuisine that we may start boycotting restaurants which “dumb it down.” So there!

One sure fire way to draw the interest of a culinary explorer who likes to try new and different menu items each visit is to give a dish a clever and intriguing name. At the Pho Bar, the name “Janet Salad” jumps right out at you, probably the reason so many visitors order it. Ostensibly, the salad was named for a regular visit to Cafe Trang who ordered her salad crafted a unique way. The Janet is constructed of fresh lettuce with lotus root, daikon radish, cucumber, mint leaves and tomato topped with golden calamari strips served with chopped peanuts, fried onions and fish sauce. It’s a light and terrific salad with the calamari proving an excellent foil for the fresh ingredients.

6 December 2021: Not nearly as endearing as the Janet Salad is Pho Bar’s fresh shredded cabbage salad with grilled chicken.  It’s not a “salad” we’d deliberately order, but one which we consented to try after it was inadvertently delivered to our table.  We knew two things before even trying the salad: the grilled chicken would be magnificent and cabbage belongs on coleslaw, not on a salad.  Confirmation of our suspicions was pretty much immediate.  As with all Vietnamese grilled meats, the grilled chicken is kissed with seasonings and spices that accentuate a pronounced grilled flavor.  Cabbage, even when fish sauce is added, does not a good salad make.

15 February 2013: True to the name on the marquee, pho (beef noodle soup, the national dish of Vietnam) has a prominent place on the menu. If you want a pho which offers it all, try the spicy beef lemongrass Huế style. Even a medium-sized bowl is the size of a swimming pool, one brimming with spicy beef lemongrass broth over round vermicelli rice noodles topped with thinly sliced beef shank, sliced pork, ham hock (pig’s knuckle), and Huế ham topped with chopped green onions, sliced white onions and cilantro and served with a plate of bean sprouts, basil, cilantro, sliced jalapeño and lime. It’s not nearly as spicy as its name might imply, but it’s quite good. It’s what one might imagine Vietnamese comfort food to be like.

15 February 2013: Interestingly, there’s one soup on the menu which should resonate comfort, but falls surprisingly short.  That’s the chicken noodle soup, the traditional boon of mothers for generations.  We found the chicken broth lacking in poultry intensity–very light on chicken flavor, almost watered down.  The broth can be poured over your choice of noodles (Udon, egg, thin noodles, thick-wide-flat noodles) and topped with your choice of meat or seafood along with chopped green onions, cilantro, Chinese celery, Nira (garlic chives) and fried onion garlic crisp.   The seafood option includes shrimp, sliced pork and a crab claw.  Save for the chicken broth, every ingredient is perfectly prepared and thoroughly delicious.

6 December 2021: Rice is grown throughout Vietnam, particularly in the fecund Mekong Delta in the south.  This region alone can grow enough rice to feed the entire Vietnamese population of 87 million people, with plenty of rice left over. Rice is ubiquitous at breakfast, lunch, dinner, in snacks and in many desserts and puddings. Its versatility is in delicious display in such ways as rice noodles, rice paper rolls, sticky rice, steamed rice, rice porridge, fried rice, puffed rice snacks and rice wine.  Pho Bar offers five five-item rice dishes that celebrate rice.

One example in which rice is made the centerpiece of a “combination plate” type entree is #47 on the menu. In Vietnamese, it’s spelled out “Thứ Bò Nướng.  On your plate, it’s a five-item rice dish with a grilled pork chop, an over easy egg, grilled shrimp, bean curd wrap and a fried egg roll.  On your palate, it’s an amazing array of delicious items, each one about as tasty as it can possibly be (maybe with the exception of the bean curd wrap which is rather tasteless).  The grilled pork chop is especially good, its only fault being that it’s not sixteen or twenty ounces.  If Pho Bar can grill a relatively small pork chop this well, you can only imagine how good a tomahawk chop would taste.  The rice is also quite good though my American tastes are such that it’s hard for me to comprehend how rice can be so beloved throughout Vietnam.

6 December 2021:  Pho Bar has a “have it your way” approach to customer orientation.  In addition to a “create your own pho” option, stir-fried noodle plates come with your choice of optional proteins and a variety of fresh garden vegetables including onions, carrots, broccoli, zucchini, cabbage and celery.  My Kim has an aversion to most of those vegetables and could compete with President George H. W. Bush when it comes to loathing broccoli.  Give her noodles (especially the stir-fried wide, flat noodles known as Hủ Tiếu Xào in Vietnamese) with grilled pork and she’s ecstatic

There’s so much to like at Pho Bar, one of three Vietnamese dining options in Rio Rancho.  Pho, the national dish of Vietnam, may be on the restaurant’s marquee, but there’s so much more than pho at this popular westside eatery.  Now if only they’d offer a more pungent fish sauce..