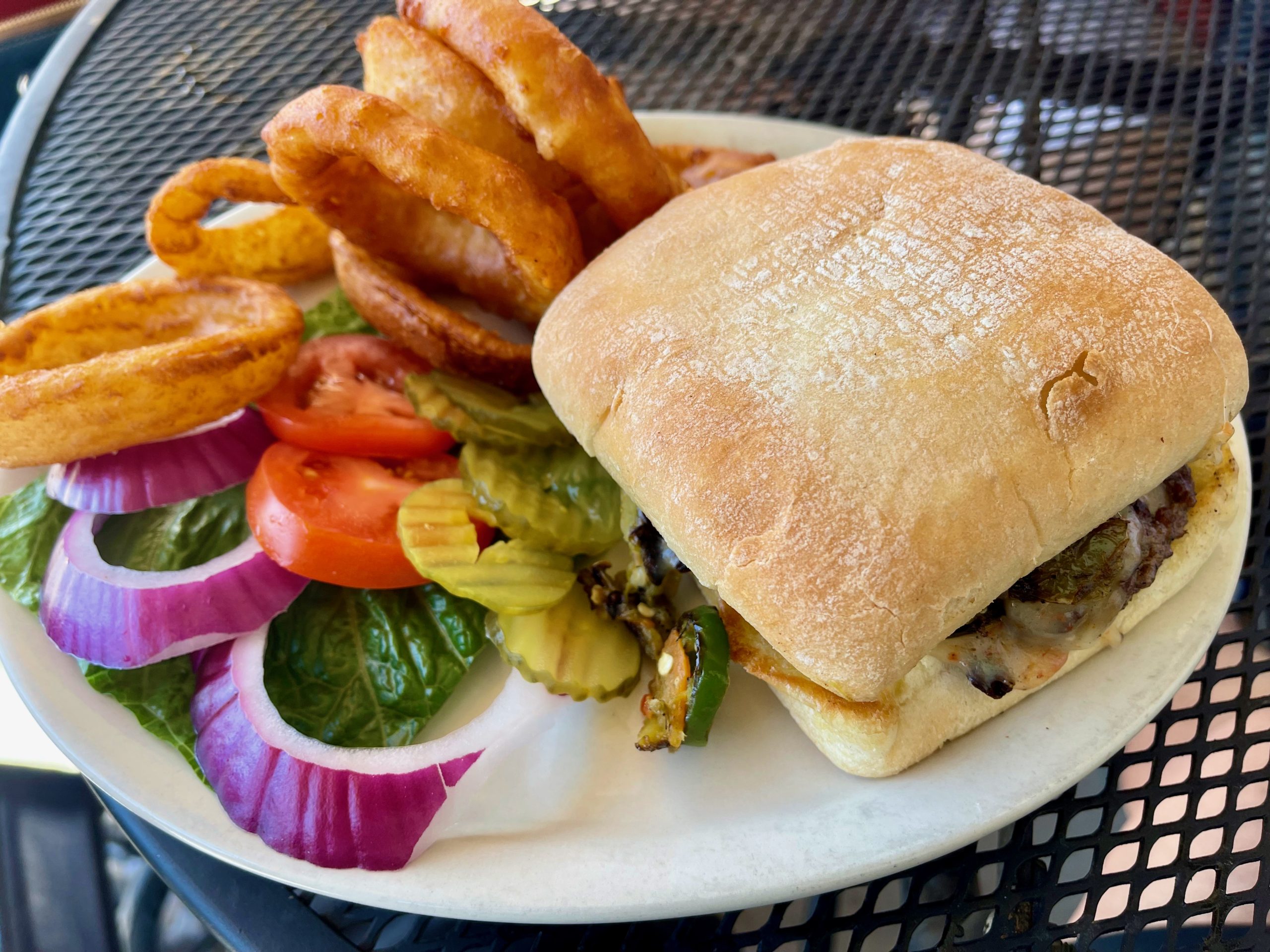 Discovering a bubbling crude…Texas tea, black gold, oil that is, transformed Jed Clampett from poor mountaineer who barely kept his family fed to a millionaire residing in a Beverly (Hills that is, swimming pools, movie stars) mansion.  Moving from a tiny ramshackle hovel to a luxurious and palatial dwelling brought with it one surprise after another for Jed and his family.  Among them was “a good strong eatin’ table” upon which “you could serve up a whole barbecued steer.”  Jed’s nephew Jethro who graduated at the top of his glass…”by a good foot” found out from a friend that the room in which the fancy eatin’ table was centered was called a “billy-yard room.”  Ergo, the table was a “billy-yard table.”

The billy-yard table was named for a large “awful plain lookin‘” “rascal” (a rhinoceros) mounted on the wall.  “Judging from the size of his head, he must have been monstrous big” Uncle Jed observed, “I reckon that’s why they had to build a extra strong table.”  That fancy eatin’ table was featured in several episodes of the Beverly Hills, a hilarious comedy about a backwoods family from the hills of the Ozarks, who move to posh Beverly Hills, California, after striking oil on their land.  Pool cues were used as “pot passers” to “pass the vittles around.”  Bones from their food were put in the table’s pockets.  It wasn’t until season four that the Clampetts figured out the table could also be used to play a game called pool and it was played with the pot-passers.

As with most television comedies, you have to suspend disbelief when watching the several episodes in which the billiard table played a part.   For example, billiards tables do not have pockets. As such, the various games are referred to as carom billiards, or pocketless billiards. In contrast, pool tables (or pocket billiards tables) have six pockets, including pockets in each corner and one in the middle of each long side.  So much for using the pockets on the “billy-yard” tables to deposit bones.  It’s all in good fun as legions of Beverly Hillbillies fans will attest.

Quite naturally, we had to experience what “an extremely razor thin margin” meant in such a prestigious competition.  But first, we had to study the menu.  “Chalk Em Up” is what Slate Street Billiards calls its appetizers, an array of mostly anachronistic favorites such as onion rings, mozzarella cheese sticks and fried mushrooms.  “On the Felt Green Salads” offers four salads and a soup of the day.  A build-your-own burger option (nearly fifteen toppings) precedes six specialty burgers and a patty melt.  Each burger is “made with local beef delivered fresh twice a week. Start with a 1/2 lb flame broiled steak burger.”

Our “Chalk Em Up” choice was called Philly fries (Philly steak, queso, onions and peppers over fries), a starter large enough to share.  Though filling and good, our druthers next time will be to have the fries sans toppings.  These fries are legitimate contenders for honors of their own.  They’re crispy on the outside and pillowy soft on the inside.  The Philly steak, onions and peppers were also quite good, but the queso diminished the overall quality of this starter.  Our experience with Phillies across the Duke City area is that white Cheddar makes the very best cheesy companion to Philly sandwiches…and probably Philly fries, too.

The burger which came within “”an extremely razor thin margin” of winning the New Mexico State Fair’s Green Chile Cheeseburger Challenge is called the Spicy Southwest Burger (grilled jalapeños, green chile, pepper jack cheese and chipotle mayo).  A yeasty ciabatta bun is the canvas upon which all the ingredients are nestled.  Ciabatta makes for an outstanding burger bun.  Frankly, the grilled jalapeños contributed only piquancy to the burger, on some bites completely obfuscating the other ingredients.  This is a burger which might have eclipsed that extremely thin razor thin margin without those jalapeños.

Seeing how glorious the ciabatta buns on my Spicy Southwest Burger were, my Kim sent back her slightly over-toasted New Mexico Patty Melt (burger patty with green chile and grilled onion on sour dough rye bread) sans green chile and asked that it be redone on ciabatta (again, sans green chile).  I wasn’t brave enough to tell her she just exchanged a patty melt for a burger.  Thankfully she enjoyed it very much.  We both enjoyed the accompanying onion rings, golden-hued orbs with a nice crispy texture giving way to sweet, juicy onions.

Slate Street Billiards Bar & Grille has long been a Rio Rancho favorite.  Award winning and razor-thin runner-up deliciousness are just two of the reasons it’s a City of Vision favorite.  Then there’s those fancy eatin’ tables.  All the bar and grille is missing is a billy-yard mounted