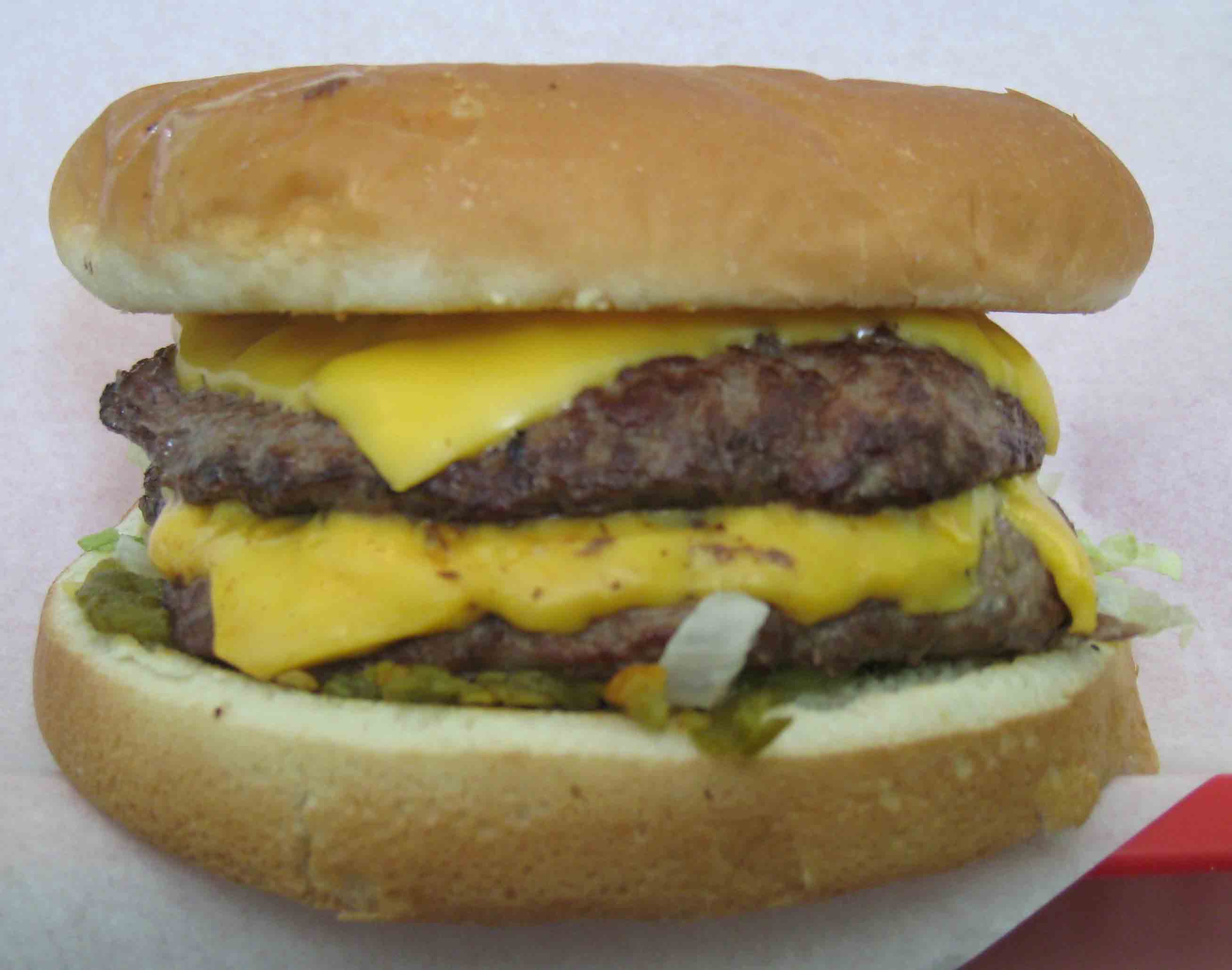 “Whenever I need to leave it all behind
Or feel the need to get away
I find a quiet place, far from the human race
Out in the country

Whenever I feel them closing in on me
Or need a bit of room to move
When life becomes too fast, I find relief at last
Out in the country.”

In today’s dog eat dog rat race world (two bad animal metaphors in one sentence), who doesn’t dream of a peaceful idyll to which you can escape? Somewhere out in the country. *Appropriately the group expressing that sentiment so well in the above lyrics is Three Dog Night whose hit song “Out In The Country” made it to #14 in the pop charts back in August, 1970.  I know doctors, lawyers, scientists and white- and blue-collar employees from other vocations who make their escape just fifteen minutes south of Albuquerque–to country life in verdant Bosque Farms.

Situated on the east side of the Rio Grande on a flat meadowy valley, Bosque Farms is a coalescence of rural, suburban and agricultural lifestyles along the braided routes of the historically significant Camino Real (the Royal Road) which skirts the Rio Grande.  Bosque Farms provides the relaxed rural atmosphere of a small village with the convenience of big city amenities nearby. It’s the type of village Oliver Wendell Douglas of Green Acres fame would have loved.

There’s something relaxing about seeing contented horses and fatted cows grazing on green grass as you drive toward the village from the north and take in the fresh aroma of dewy alfalfa. Yellow caution signage depicting a farmer on a tractor precedes acres of plowed fields. Other handmade signs offer hay or alfalfa for sale. This is truly country living just 20 minutes from Albuquerque.  While approximately three-quarters of Bosque Farms’ residents work in the Duke City, the village also claims several family owned and operated retail businesses within its boundaries. It’s no surprise that you’ll find numerous mercantiles supplying farmers with all they need to plant and harvest bountiful crops. What might be a surprise to city dwellers is the existence of a terrific restaurant which would be a hit in either the city or the country: Benny’s Mexican Kitchen.

Benny’s Mexican Kitchen has been serving Bosque Farms for more than thirty years. A second location in nearby Los Lunas is equally well known to Valencia county residents, but probably not to quite as many Albuquerque citizens.  Perhaps befitting a small village, Benny’s is a relatively small restaurant those who don’t understand life in the country might describe as nondescript. That’s because they might not understand the premium small towns put on neighbors. The menus at Benny’s include advertisements for local businesses, similar to what you might see on a church bulletin. You might also see a posted notice announcing an upcoming benefit for a neighbor about to undergo an expensive operation or a fund-raising announcement for a  young fiesta queen candidate. That’s just the way it is out in the country.

You won’t find WiFi connectivity at Benny’s, but you will find a skill “crane” in the corner. These three pronged clawed contraptions will frustrate you at every turn no matter how deftly you maneuver the crane in an attempt to grab a stuffed animal. Benny’s is replete with charm–that and surprisingly good New Mexican food including some twists you won’t see in the big city.  The menu features an assemblage of traditional New Mexican favorites: breakfast burritos, handmade tamales, green chile stew as well as a variety of sandwiches. It may be best known for its deep-fried bean or beef burrito (emphasis on the “or”). Don’t dare call it a chimichanga; that’s an Arizona creation some self-respecting New Mexican restaurants just won’t put on their menus.

The deep-fried burrito is one of the specialties of the house. It’s about six-inches in length and topped with a garnish of fresh tomato and lettuce as well as shredded Cheddar cheese. The chile is a deep red, probably ground from chile pods and carefully strained. It is an earthy chile with plenty of flavor and a piquant bite.  Not surprisingly, you can feel and hear the crunch of the deep-fried tortilla as you cut or bite into it. It is a surprise to discover the tender beef encased within. It’s carne adovada tender and delicious.  In its 2008 “Best of the City” edition, Albuquerque The Magazine awarded Benny’s deep-fried burrito an Editor’s Pick for “best deep-fried frijoles.”

22 February 2020: Another item for which Benny’s is famous in this part of the country is the Benny Burger, the king-sized version of which is a stacked beauty comprised of  double meat, double cheese, guacamole, green chile, mustard, pickles, onions, lettuce and tomatoes..  Because one might not be enough, you’ll want the king size version of this outstanding burger.  I’ve heard tell that it’s one of the best green chile cheeseburgers in the entire state, an audacious claim to be sure. The inclusion of guacamole on a burger is an interesting twist, one that the Carl’s Junior franchise has  offered in its burger repertoire for years. It’s also a delicious one–if it’s the Benny burger version.  The guacamole and green chile marriage is my favorite way to go green.

After lustily consuming Benny King (the double meat, double cheese version of the Benny Burger), I’m ready to proclaim the rumors accurate. This is one of the very best green chile cheeseburgers in a state which serves the best green chile cheeseburgers in the entire universe. In fact, in the Albuquerque metropolitan area, I don’t know if there’s any comparable. About six-inches in circumference and skyscraper high, the Benny King burger is a two-fisted masterpiece of ingredients that go well together.  It’s so highly regarded, it was a natural for inclusion into the New Mexico Green Chile Cheeseburger Trail.

If you’ve ever lamented the impotence of the wimpy salsa (maybe made in New York City) served at some New Mexican restaurants, make the trip to Bosque Farms for a salsa your tongue will salute. Even though it’s heat comes from jalapenos and not New Mexican green chile, it’s a flavorful, endorphin-packing salsa. It’s served with warm, crisp, lightly-salted tortilla chips.

Benny’s taco plate features three crispy taco shells engorged with seasoned ground beef, lettuce and shredded cheese. Top them with salsa and you’ve got a delectable meal. The taco plate comes with rice and beans though you can opt for two orders of beans or rice.  Only the rice is unremarkable.

Remarkable is a good adjective to describe Benny’s green chile stew. There are literally hundreds of  recipes for green chile stew, all very personal yet most fairly standard, at least in terms of ingredients–cubed potatoes, green chile, stewed tomatoes, cubed pork, onion, garlic, etc..  The best recipes include something just a bit different or extra.  At Benny’s, it’s a few niblets of  sweet corn.  Corn is best scraped right off the cob and it wouldn’t surprise me to find out if this corn came from a nearby farm.  No matter how well ingredients may go together, if they’re not completely cooked (potatoes too hard or soft, cubed pork too tough, etc.), there’s just something lacking.  At Benny’s the green chile stew is perfectly prepared and a delicious prescription for winter doldrums.

Carne adovada is another Benny’s specialty.  It’s great on the deep-fried burrito and even better on its own.  The shredded pork is marinated in a cumin-free red chile and is as tender and moist as any in the Duke City area.  It’s topped with melting shredded cheese and served with Spanish rice and beans.  The best carne adovada is practically “melt in your mouth” tender.  Benny’s is that good.

Beverages include the usual fountain drink suspects as well as canned soda and fruit juices. Even better are old-fashioned milk shakes: chocolate, vanilla, strawberry and pineapple, all made with hand-scooped ice cream. They are refreshing and delicious.