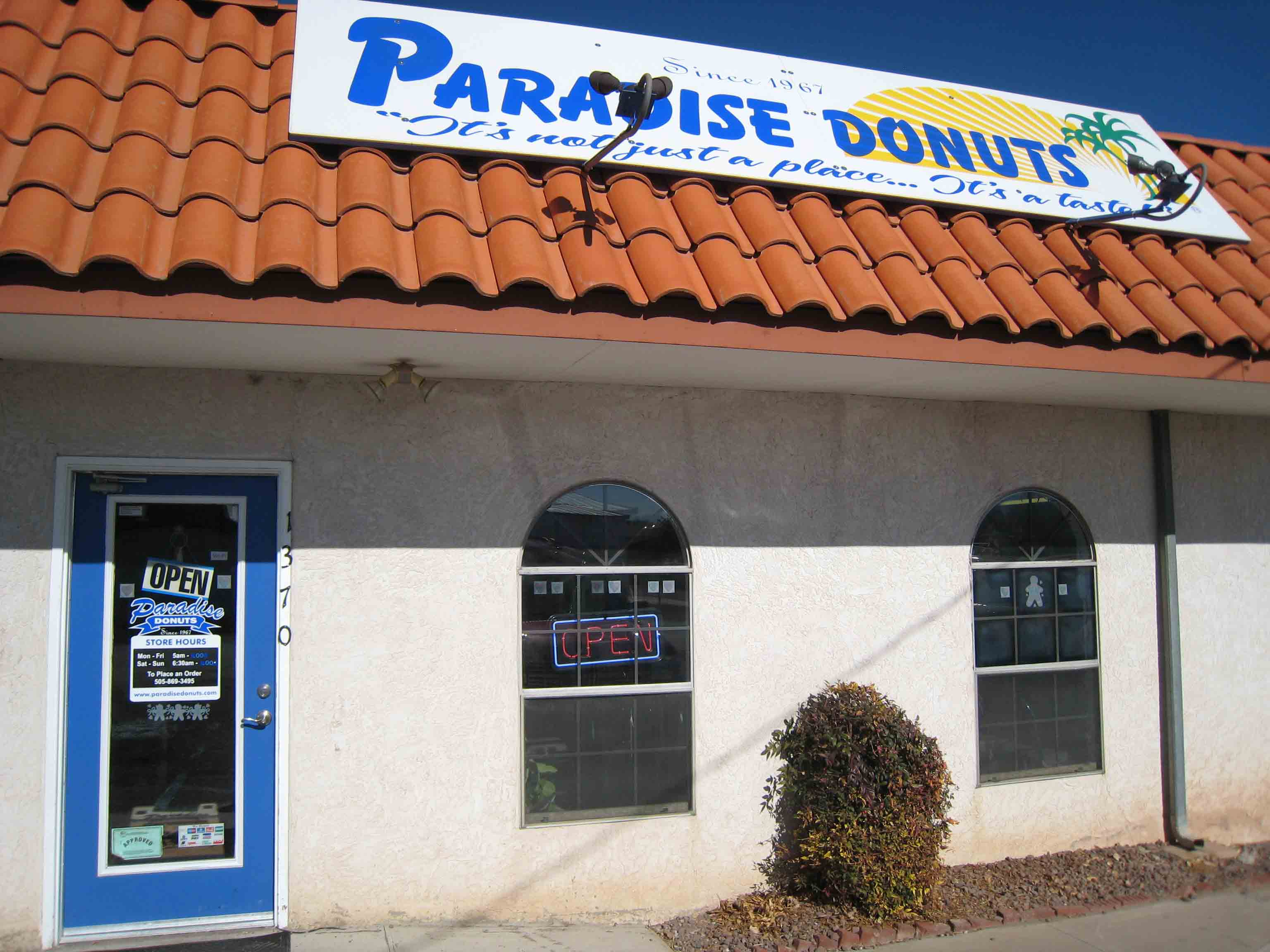 Though often boorish and crude, America’s favorite everyman philosopher Homer Simpson is prone to occasional bouts of insight. Who can argue with such Homeric sagacity as, “donuts, is there anything they can’t do.” At first browse that statement may appear clouded, make that glazed, but it’s a statement replete with credibility–and not solely with police officers.

Cultural anthropologist Paul R. Mullins posits that one of the best ways to examine a culture is by looking at its eating habits and regional cuisines. He reasons that Americans don’t really have a culinary culture we can call our own, that the American culinary experience is an amalgam of appropriated customs and cooking techniques. The best evidence of this, in his mind, is the donut whose lineage can be traced to the Chinese, French, Germans and Dutch.

In his terrific tome Glazed America: A History of the Doughnut, Mullins examines the evolution of the donut and juxtaposes the rise and fall of its popularity against the development of America’s consumer culture. He exploits the negative stereotypes and perceptions surrounding donuts (think indolent cops and Homer Simpson’s obesity), detailing how the donut has been equally regaled and reviled, the latter often without merit. When it comes to donuts, Mullins argues, Americans don’t sit on the fence–they either love them or they don’t.

If you love donuts, I mean if you really love donuts, options, unlike their effect, are slim. Albuquerque has in recent years seen the demise, departure or diminished numbers of Krispy Kreme, Shipley’s Donuts, Winchell’s Donuts and even Dunkin’ Donuts. Whether it was an onslaught of health-crazed fanatics, reduced ranks in the police force or a combination of other factors, the Duke City can hardly be called the Donut City.

For donuts, Homer clones like me head to Bosque Farms and pay a visit to Paradise Donuts, a regional chain with superior donuts. In fact, these may be the very best donuts in the Land of Enchantment, not that there’s much competition. In business since 1967, Paradise Donuts maintains that the secret to its donuts is a flour blended to be as light and fluffy as air with an incredible shelf life. The other key is that Paradise Donuts, unlike their competitors, focuses solely on donuts.

These are beautiful donuts–imperfect orbs glazed or decorated with sprinkles or engorged with fruit and cream fillings as well as rectangular-shaped long johns, donuts twisted around themselves and even cinnamon rolls. The variety is incredible–buttermilk, chocolate, blueberry, vanilla cake, cherry, apple cinnamon, banana, chocolate chip, chocolate raspberry, pumpkin, strawberry lemon and oh so much more.

Variety is one thing, but where Paradise Donuts excel is in taste. The glazed donuts are melt-in-your-mouth sugary deliciousness, the kind of donuts that leave traces of luscious, lickable glaze on your fingers. The sprinkles are liberally applied to cover most of the top surface of donuts they decorate. The fillings and toppings are rich and delicious. Maple topping tastes like maple, lemon filling tastes like lemon.

Paradise Donuts are so good that on some days, the bakery runs out by ten in the morning. They’re so good, savvy donut addicts will call in and reserve a dozen or more. They’re so good you don’t mind the short drive to Bosque Farms, especially considering you can pick up a dozen donuts then have a burger at Benny’s Mexican Kitchen. These donuts will have you behaving like Homer Simpson. Mmmmmm donuts!