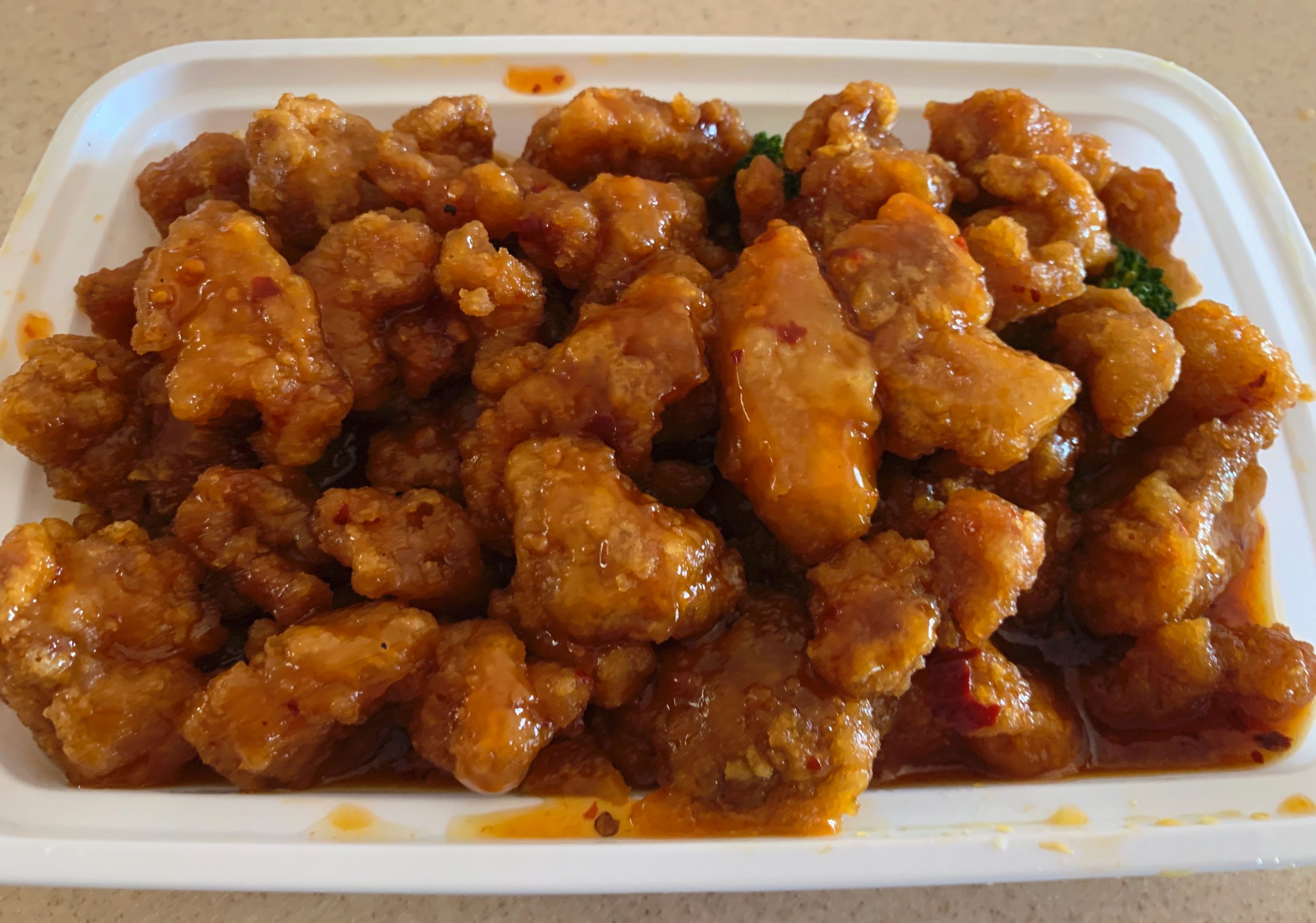 From Norbert, the Norwegian Ridgeback of Harry Potter lore to Smaug, the greatest and most powerful of all dragons in The Hobbit, dragons are a familiar icon in modern literature, movies, music and pop culture.  Dragons are symbols of fantasy, whimsy and magic, often representing ancient legends and far-off lands.  They range from the malevolent, fiery tempered, scaly fire-breathers (insert your favorite mother-in-law reference here) to the affectionate benefactors of mankind.  What could possibly explain the popularity of dragons?  Could it be because dragons once existed?

Stories of dragons are pervasive in such ancient cultures as the Chinese, Australian aborigines, Babylonians and Welsh.  Ancient Chinese cosmogonists actually defined four types of dragons.  The Heaven, Heavenly or Celestial Dragon (Tianlong) guarded the heavenly dwellings of the gods.  The Earth Dragon (Dilong) controlled the waterways while the Spiritual Dragon controlled the rain and winds.  The fourth, Fuzanglong, was the dragon of hidden treasure.

The Heaven Dragon of Chinese mythology may have looked down from its celestial perch as emperors of the Ming and Qing dynasties visited Beijing’s Temple of Heaven to pray for a good harvest.  The Temple of Heaven is one of two large, colorful photographs (the other is of Wi Mountain) on the walls of the main dining room of the Heaven Dragon Chinese Restaurant in Rio Rancho.  That’s as ostentatious as it gets in this rather austere restaurant located next door to an Albertson’s grocery store in a busy shopping center.  It’s an attractive restaurant not dominated by stereotypical Chinese restaurant accoutrements.

Ambiance by subtraction or minimalism is sometimes a good formula and in Chinese restaurants, that’s especially true if there are no buffet troughs to detract from the dining experience.  Thankfully Heaven Dragon doesn’t offer a buffet.  It does provide a very robust take-out business.  It’s not uncommon to see throngs of diners waiting to pick up their orders.  The menu is replete with many of the “Americanized” Chinese favorites diners have embraced.  It’s not a menu that will excite staunch seekers of “made in China” authenticity, but it says a lot that throngs of guests frequent the restaurant.

While eat-in diners wait for their orders, your server brings over a small, complimentary plate of peanuts liberally sprinkled with powdered sugar.  This “amuse bouche” (sweet peanuts) may not tantalize your taste buds, but it won’t make you thirsty as salty peanuts might and it just could tide you over until something more substantial arrives at your table.

That might be fried or steamed dumplings.  Since this appetizer comes eight to an order, ask for four fried and four steamed dumplings.  You won’t be disappointed. Heaven Dragon’s dumplings are some of the best in the Albuquerque area.  They’re accompanied by a dumpling sauce made from soy sauce, Hoisin sauce and just enough chile oil to add a piquant potency.  The dumplings are quite good by themselves, but that dumpling sauce makes them something special.

22 November 2020: As at many Chinese restaurants, an appetizer order of egg rolls is quite popular.  Rather than order them as appetizers, savvy diners might opt instead to order one of the special combo platters in which an entree is accompanied by egg rolls and pork fried rice.  Heaven Dragon’s egg rolls are nothing special, but that can be said about virtually every Chinese restaurant in the Albuquerque area.  They’re golden brown and crispy on the outside with a standard filling of cabbage and pork inside (you can find it if you look really hard).  Perhaps owing to their middling quality, the sauce offered with these egg rolls is the ubiquitous cloying candy apple red sauce.

Less exciting (or more disappointing depending on whether your perspective is glass half full or half empty) is an appetizer order of Bar-B-Q Spareribs.  Available in small or large sized orders, these ribs are heavily lacquered in a cloying sauce that dominates the flavor profile.  You’ll be hard-pressed to discern any smokiness in this bar-b-q.  Nor can it be described as “off-the-bone” or “fork tender.”  The ribs are chewy and tough, but it’s the sugary qualities that are least endearing.

22 November 2020: Interestingly, the original name given to wontons, one the most popular and traditional Chinese appetizers translated to “chaos.”  Eventually as Chinese characters started to form, they were rechristened “wonton.”  Eat too many fried wontons at Heaven Dragon and you just might find yourself weighing one ton.  That’s because an order of fried wontons yields ten wontons at least twice the size of most wontons you find in the area.  Not only are the deep-fried wrappers golden brown and as crispy as potato chips, they’re stuffed with pork meatballs about the size of a marble.

The menu is replete with many standard offerings, but if you prefer something other than the de rigueur sweet and sour offerings, you may want to opt for something designated on the menu as “chef specialties.”  During my inaugural visit, my eyes settled on mango beef, an entree I first had in a Vietnamese restaurant in Denver.  Done well, this is a dish that melds sweet, savory and tart tastes in a gravy of deliciousness.  The only thing lacking in Heaven Dragon’s version was mangoes in-season.  Had the mangoes been just slightly sweeter, this would have been an excellent entree.

Alas, during our second visit, another chef’s specialty nearly proved the undoing of my appetite.  The menu’s description was of “fried scallops and aromatic walnuts, lettuce in brown sauce served in a crispy fried potato nest.” Here’s what was delivered: a fried bowl (ostensibly of potato) reminiscent of the greasy taco salad bowls served in Mexican restaurants piled with miniature fried scallops and candied (not aromatic) walnuts sitting atop shredded lettuce.

Delivered on the side was a bowl of what resembled and tasted suspiciously like a vanilla pudding–wholly unlike any “brown sauce” I’ve ever had at any Chinese restaurant.  While I usually like sweet and savory combinations if the sweet isn’t overly so, I’m averse to anything overly cloying and this was one of the sweetest concoctions ever set before my table. Hoping to salvage this “sauce” I added an entire bowl of house Chinese mustard and even the gunpowder incendiary mustard couldn’t “defunkify” it.  Ultimately I resorted to eating the scallops with Sriracha sauce. In the breath following my admonition to the waiter to bury the aforementioned entree, I praised the restaurant’s rendition of beef chow mein fun which was garlicky and delicious.  The thin rice noodles, white and green onions and profuse garlic melding was almost as good as the scallops were bad.

Smartened up by two disappointing chef’s specialties, my third visit was a venture into Americanized Chinese food.  Any departure from the mundane seems to extend many Chinese restaurants beyond their capabilities and that may be the case at Heaven Dragon.  Such restaurants, however, sometimes do a wonderful job in preparing all the standard favorites.  That’s probably from all the practice they get in turning out large volumes of American favorites such as sweet and sour anything.

Sure enough, Heaven Dragon does a fair to good job in preparing such entrees as Orange Chicken and Lemon Chicken.  Some aspects of these dishes disappoint while others were surprisingly good.  Both are very heavily breaded and the overall quality of the mostly dark meat chicken is not very high.  Their biggest saving grace were the very tangy and nicely piquant orange sauce and the tangy, lip-pursing lemon sauce.  Both sauces deserved better.

22 November 2020: While sheltering in place under the governor’s “two-week reset,” my Kim and I resigned ourselves to take-out.  So that our bounty would sustain us for several meals, we ordered three dishes: chicken with mushrooms and a “family dinner for two” comprised of General Tso’s chicken, sweet-and-sour chicken, two egg rolls and roast pork fried rice.  To prevent spillage during transport, the sauces were put into a container.   The candy apple red sweet-and-sour sauce was easy to figure out, but the General Tso’s chicken sauce lacked “pow,” personality and discernible flavor.  Nor did the General Tso’s chicken dish include any vegetables.  Essentially our entrees consisted of three heavily breaded fried chicken dishes we didn’t enjoy.  The sole saving grace was a generous portion of roast pork fried rice.

I’m not well enough versed in the dragon diet to know whether or not a dragon might enjoy a meal at Heaven Dragon, but recent experiences may make my own visits extinct.