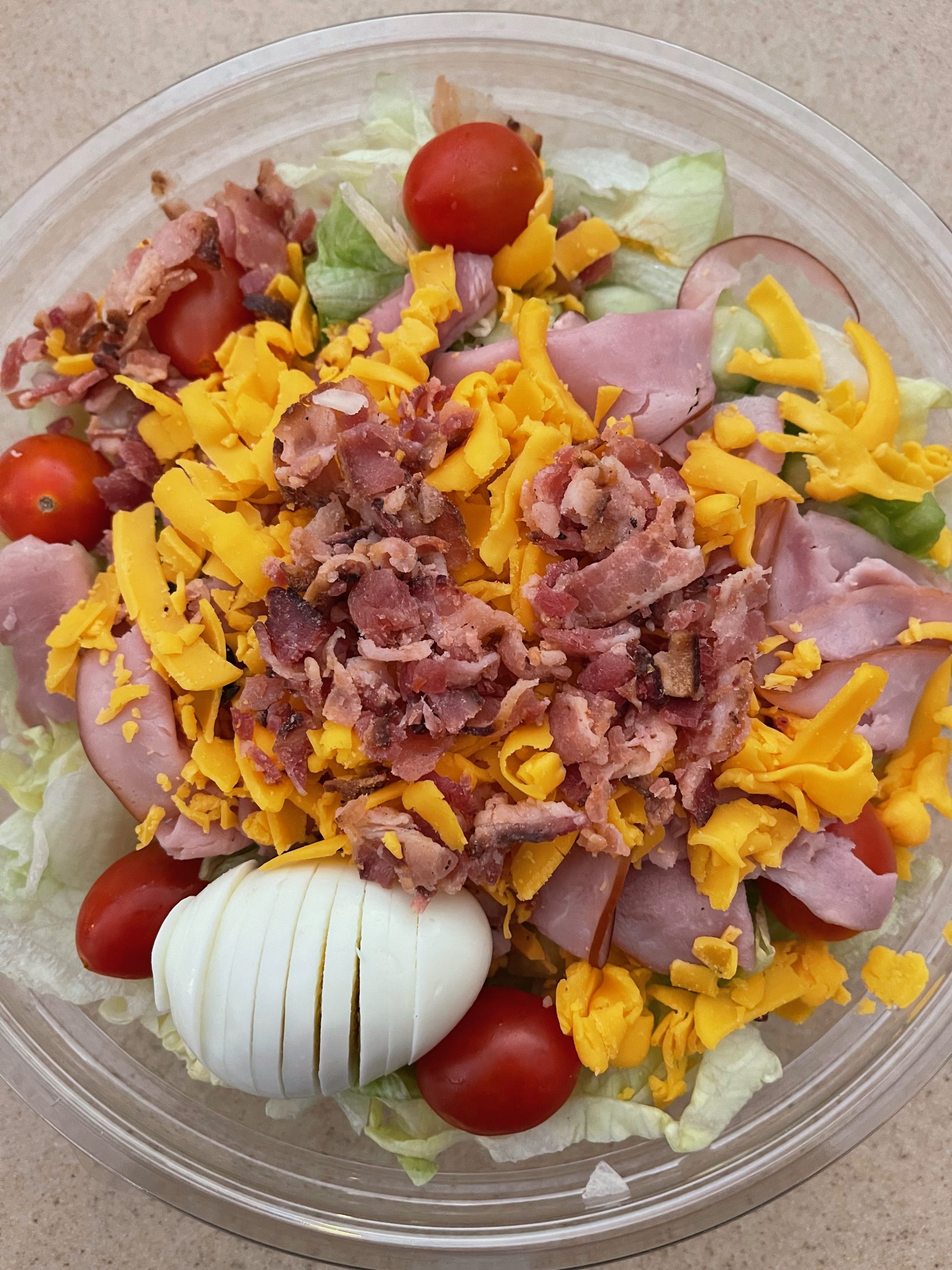 Toga! Toga! Toga! Ever since the misfit Delta Tau Chi fraternity threw the most debaucherous toga party ever in the 1978 “teensploitation” comedy Animal House, the toga party has been ingrained in the college party culture. The genesis of the toga party goes back much, much further than Animal House. Toga parties, in fact, precede collegiate life in the fruited plain by many hundred years.

The first toga party was actually organized in ancient Greece in honor of the Greek god Dionysus, the deity of the grape harvest, wine-making and wine, of ritual madness, fertility, theater and religious ecstasy (that’s quite a job description, even for a god). Dionysus literally had a cult following of men and women who worshiped him. Together this vagabond group became some of history’s first true party animals, holding orgiastic celebrations where they danced to frenzied music and behaved like crazed San Diego State basketball fans. It was during this revelry that Dionysus invented both the toga party and the first drinking games.

You might not know it but the Dion’s Pizza franchise that has become ubiquitous in the Duke City area, is actually named for that rapscallion god Dionysus (albeit a shortened version of that infamous name). Obviously when founders John Patten and Bill Scott contemplated naming options for the New York Pizza restaurant they purchased, they wanted to celebrate the wine experience they planned for their planned Greek restaurant. They certainly didn’t want to celebrate the John Belushi-like characteristics of the god Dionysus. During the transitional period between pizza restaurant and Greek restaurant, they continued to make pizzas and quickly discovered that pizza was what their customers craved.

Nearly four decades later, it is still pizza which draws patrons to this amazingly popular restaurant, but pizza is far from all Dion’s has to offer its loyal patrons. Nor can it be said any longer that Dion’s is strictly a “local” favorite. In addition to multiple locations in the Albuquerque metropolitan area (including Bernalillo, Los Lunas and Rio Rancho), Dion’s can be found in Las Cruces and Santa Fe. In recent years, Dion’s has expanded beyond the Land of Enchantment with restaurants in Lubbock, Texas as well as Colorado Springs and Denver, Colorado. Dion’s has become not only the most successful pizzeria in Albuquerque, it’s one of the most lucrative in the fruited plain.

In its January, 2015 report Pizza Magazine Quarterly revealed that only four states across the fruited plain love pizza less than New Mexico does (another quality of life category for which we can be grateful for Mississippi). With only 1.55 pizza joints per 10,000 residents, the Land of Enchantment ranks 46th in terms of number of pizzerias. Worse, only 38.4 percent of those pizzerias are independent. There is one local chain regarded as one of the most successful local chains in the fruited plain. Dion’s ranked number 37 on the magazine’s list of the top fifty pizza chains in America. From a monetary perspective, however, the magazine noted that Dion’s makes more money per restaurant than any other pizza chain in the country.

In those 30 years plus of operation, Dion’s has established a near cult following of devoted patrons, many of them families. Dion’s is so popular that in its tenth anniversary edition, the long defunct Abq magazine named it to its “Hall of Fame” in recognition of the restaurant garnering more “Best of” votes than anyone else in the pizza category. In its annual reader’s choice issue, readers of Albuquerque The Magazine (an unrelated successor to Abq magazine) continue to lavish high praise for Dion’s, a perennial contender, if not winner, of the magazine’s “best pizza in the city” honors.

There’s much to like about Dion’s. The restaurant is immaculate and service is efficient and friendly. It’s staffed with energetic and smiling employees who seem to enjoy what they’re doing. There’s a viewing area from which children (of all ages) can watch the pizza-makers in action. Seating is plentiful and there’s even a drive-up window where you can pick up your call-in orders.

Today Dion’s has more than two dozen locations including eleven in Albuquerque. Ever ambitious, this regional powerhouse has designs on becoming “the most admired regional restaurant brand in the country.” Dion’s employs over a thousand employees, many of them teenagers. Among the secrets to Dion’s success and continued growth are fundamental rules established at the onset, rules by which each Dion’s restaurant still operate today:

In its 2010 Food and Wine edition, Albuquerque The Magazine published the results of its search for the best pizza in Albuquerque. At each pizzeria, the magazine staff ordered a pepperoni pizza and rated it on its taste, appearance, authenticity and creativity. After tallying points, the top five had a “pizza playoff” in which the finalists served the specialty pie of their choice as well as a pepperoni pizza. Dion’s placed fifth from among nearly forty Duke City area pizzerias. Alas, my vote is much harder to get.

That highly touted pizza is, in my honest opinion, very inconsistent–always more than adequate but not transformative as my fellow New Mexicans believe it is. Too many pizzas during too frequent visits have been generally just “okay” but not mind-blowing and certainly not memorable. Friends and Dion’s devotees claims that the quality of the pizza depends on which store you visit and who’s making it. My retort is that a restaurant which isn’t consistent visit after visit is one I won’t visit very often.

Still, I do credit Dion’s for its dough which we occasionally purchase for our take-and-bake dinners. The dough is made from scratch daily and serves as a nice canvass for whatever ingredients with which you top them. For dining in, pizzas are available in 12-, 14- or 16-inch sizes. Available toppings are pepperoni, Italian sausage, smoked ham, ground beef, chicken, bacon mushrooms, black olives, pineapple, red onions, fresh tomatoes, green chile, jalapeños, bell peppers and anchovies.

3 February 2021: Dion’s venture into the realm of gourmet pizzas is a popular draw, though my experiences with these so-called gourmet pizzas have also met with mixed results. A Kansas City pizza features a barbecue sauce so insipid renders the pie’s name a misnomer. As a devotee of Kansas City barbecue, my expectations for s sauce bearing that bastion of barbecue’s name are high indeed, and Dion’s pizza failed to meet those expectations. Much better is the Napoli (marinara, Provolone, Italian sausage, Kalamata olives, pepperoni, roasted red peppers and Parmesan) which would have been outstanding were it not for the saltiness of the Kalamata olives.  Knowing how salty Kalamata olives are and considering my dislike for salty foods, I shouldn’t have ordered the Napoli.  That’s on me.

16 December 2021:  Online compilations of the world’s “most boring foods” tend to include a litany of “healthy” foods such as tofu, cruciferous vegetables, asparagus and sprouts.  For my money, there is nothing in the world as boring as a plain cheese pizza.  Aargh!  Even writing about cheese pizza makes me nearly comatose.  To be clear, I’m not talking quattro formagi, the four cheese blend (usually mozzarella, gorgonzola, fontina and Parmigiano-Reggiano).  Because Dion’s online ordering system was so difficult to use, we wound up with a cheese pizza that elicited audible groans from four diners at our table.

Past experience–and eight years on the Mississippi Gulf Coast–with boring pizza has taught us that the best way to liven one up is with Catalina dressing (which unfortunately Dion’s doesn’t offer).  Catalina dressing was a tradition at Hugo’s from the 1950s through 2003 when the venerable restaurant closed its doors.  The tradition was started by Biloxi High School students who called the Catalina dressing “liquid cheese.”  There’s nothing cheesy about it, but my Kim and I always make sure to have some on hand for when a pizza is too boring to enjoy otherwise.

Dion’s sandwiches are the restaurant’s most redeeming item and a far better reason to visit than the pizza. Served submarine-style on original white or wheat hoagie-style baguettes baked fresh daily, the sandwiches are available in six- and ten-inch sizes. Green chile is available upon request on all sandwiches and there’s no charge for an ingredient which improves everything it touches. Sandwiches are served with Greek dressing, a dill pickle spear and crinkled potato chips which you can substitute with fruit for a mere pittance.

15 January 2021: The sandwich board choices are Turkey & Swiss, Pastrami & Provolone, Roast Beef & Provolone, Ham & Swiss, Meatball & Provolone, Veggie (green chile and Cheddar) and an Italian sub. Sandwiches are adorned with lettuce, red onions, tomatoes, mayonnaise and deli mustard. The Italian sub, the restaurant’s specialty is engorged with ham, pepperoni and Genoa salami and is studded with Asiago cheese, Kalamata olives, bell peppers, red onions, lettuce, mayonnaise and deli mustard. It’s a terrific sub, a deli-class sandwich made with premium ingredients.  It’s a bit on the salty side, but that’s it’s only nit.

There are two facets to each sandwich which makes them special. The first is the baguettes which are lightly toasted in a conveyor oven to give them a crispy exterior while retaining a pillow soft contrast inside. The conveyor oven melts the cheese but doesn’t warm the beef to a mushy consistency and somehow manages to keep the vegetables crisp and fresh. The second facet is the Greek dressing which is simply terrific, so much so that you’ll want a second portion so that every morsel of sandwich you bite into is infiltrated by the tanginess of this excellent dressing. Save Dion’s ranch dressing for salads, but always use the Greek dressing on the sandwiches.

Dion’s salad is a perennial winner of “best salad” honors during the Alibi’s annual “Best of Burque” balloting. With that tangy Greek dressing or the rich and creamy Ranch dressing, even plain lettuce would be delicious. The Greek salad (iceberg lettuce, black olives, feta, tomatoes, croutons and Dion’s mix) is one of the best of its kind in Albuquerque, so good you might reflect on what might have been had Dion’s become a Greek restaurant instead of the state’s most popular pizza restaurant.  It’s especially good with Dion’s green chile ranch dressing which was introduced in 2017.  Another excellent salad is the Chicken Pecan Salad (spring mix, chicken, pecans, bleu cheese crumbles, and tomatoes) with a tangy raspberry vinaigrette.  Yet another winner is Dion’s Chef Salad (fresh lettuce, ham, Cheddar, sliced egg, bacon, tomatoes, mix (diced cucumbers, red onion and bell peppers) and croutons.