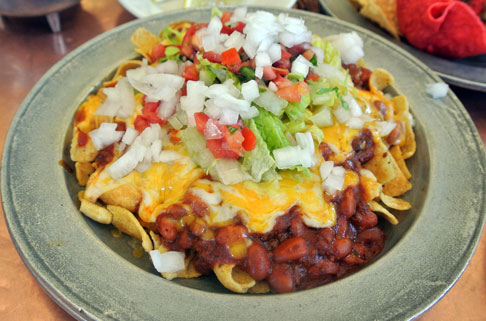 Can it truly be that the more things change, the more they stay the same? In 1776, Fermin de Mendinueta, governor and captain-general of the Spanish province of New Mexico, declared that “Santa Fe settlers are “churlish types” who are “accustomed to live apart from each other, as neither fathers nor sons associate with each other.” In 2013, Travel & Leisure published a list of America’s “snobbiest cities” and Santa Fe made the list at number five. The list was based on surveys of the magazine’s readers.

Mayor at the time David Cross attributed the perception of Santa Fe snobbery to the enjoyment of the arts, a point validated by the article which quoted a writer as saying “without a certain appearance or air about yourself, gallery owners barely acknowledge you when you walk in.” Then there’s the former Santa Fe restaurateurs who had a very strict “no fragrance” (as in no eau de toilette, eau de parfum and even no Old Spice) policy at their splendorific Italian restaurant. Even some food snobs believed that was taking haughtiness too far.

Fortunately Santa Fe has its own version of the place where everybody knows your name…and if they don’t, they’ll still treat you well. One of the city’s most down-to-earth (or least pretentious, depending on your perspective) venues is the Del Charro Saloon scant blocks south of the Snob Fe Plaza. Adjacent to the Inn of the Governors, one of the city’s most reasonably priced lodgings, Del Charro is so friendly even murmurations of starlings frequent it or at least they frequent the fireside patio which is covered and heated during cold weather. The inviting fragrance of woodsmoke permeates the warm, amiable milieu.

Named for the nattily attired Mexican horseman, Del Charro is one of Santa Fe’s most popular watering holes. In 2012, readers of the Santa Fe Reporter voted it Santa Fe’s best bar in its annual “best of” issue. Del Charro also garnered acclaim as “the most affordable restaurant” in Santa Fe, a tribute to its no-snobbery prices. The menu’s pub fare is as good as higher priced “cuisine” served at other restaurants in town.

You’ve probably noticed the scarcity of New Mexican restaurants serving complimentary chips and salsa. Not only do they charge you for something which until recent years has always been free, if you want to make it a triumvirate by adding guacamole, you’ll pay a king’s ransom. It’s almost shameful how highly some restaurants think (based on ridiculously high charges) of their chips, salsa and especially their guacamole. While Del Charro’s chips and salsa aren’t gratis, they are inexpensive ($3) and the cost ($1.50) to add guacamole won’t break the bank. It’s refreshing to pay appetizer prices for appetizers.

The salsa and guacamole are served in red corn tortilla “bowls.” The salsa is thick and made from fire-roasted tomatoes. It’s not especially piquant and is made with just a bit too much Mexican oregano which really changes its flavor profile by making it overly acerbic. The guacamole is infused with a hint of lime and with chopped tomatoes. It’s creamy and rich with a fresh avocado flavor. The chips are light, crispy and relatively light in salt. The chips, salsa and guacamole are quite good, especially considering the pittance you’ll pay for them.

Mustard and ketchup dispensers are positioned next to the salt and pepper on every table. Order the two sliders plate and you can apply mustard and (or) ketchup to your liking, not as some overzealous dispenser squeezer applies them for you. In fact, the sliders are served naked–only beef patties on a brioche style bun. You can ask for other ingredients if you’d like. A few grilled onions and with more than a little imagination you can almost convince yourself you’re enjoying White Castle sliders. Given your choice of sides (French Fries, Cole slaw, Potato Salad or Potato Chips) opt for the chips. They’re housemade, crispy, low in salt and fun to eat.

Over the years, innovative restaurateurs throughout the state have attempted to place their own stamp on New Mexico’s sacrosanct green chile cheeseburger. The avant garde versions–those that deviate most from the delicious simplicity of green chile cheeseburgers–are the most interesting. Their departure into heretofore untried methods and ingredient combinations don’t always work. I’d heard tell of a daringly different approach to the green chile cheeseburger at Del Charro and had to try it.

Del Charro’s signature burger is a stuffed green chile cheeseburger. While “stuffed” has been done before, Del Charro’s version has actually drawn praise from respected burger connoisseurs. The “stuff” in the “stuffed” includes applewood smoked bacon, autumn-roast green chile and Gorgonzola all mixed into the chipotle barbecue sauce-tinged beef before the patty is formed. Served with crisp lettuce, red onion and a thick, unripened tomato on the side, if you want to taste the stuff, you might want to dispense with the aforementioned sides. Adorn your burger instead with the contents of the ramekin of green chile relish so wonderfully reminiscent of the fabulous Cajun chow-chow relishes we enjoyed in New Orleans. The green chile relish is mildly piquant, sweet and tangy. It’s so good it should be bottled and sold! Not only was it the highlight of a much-touted burger, it enlivened the accompanying beer-battered fries, too.

With a menu which might best be described as “bar fare with a Southwestern leaning” and not strictly New Mexican, it’s not surprising to see Del Charro’s menu list some items as including “chile” and others being made with “chili.” Perhaps it doesn’t make a difference in any of the other 49 states, but in New Mexico there’s only one way to spell chile and that’s ending with an “e,” not an “i.” Just to make sure, we asked if the Frito pie (for which the spelling “chili” is used) is made with New Mexican chile or with Tejano chili. Our server assured us the Frito pie is made with New Mexican chile.

Alas, not all chile is created (or seasoned) equal. The New Mexican red chile, while pleasant enough, doesn’t have much of a bite (perhaps out of deference for tourists who frequent Del Charro). The Frito Pie, large enough for a small family to share, is a mound of beef chili (SIC; my Mac is chaffing at that spelling), Frito’s corn chips, Cheddar-Jack cheese, chopped onions, shredded lettuce and pico de gallo. Though not especially piquant, Del Charro’s Frito pie is not one you’d kick off your table. Made with fresh ingredients which go well together, it’s a solid Frito pie.

There are only three desserts on the menu, the most popular of which are the natillas. Served in a “bowl” fashioned from a fried tortilla, the natillas (a thick, creamy custard-like dessert) are served at just about room temperature and are sprinkled with a generous amount of cinnamon. With virtually no lumps to distract you, you may want to close your eyes and luxuriate in the smooth, sweet vanilla deliciousness in front of you. The fried tortilla “bowl” is more utilitarian than it is edible.

Del Charro calls itself “Santa Fe’s watering hole” and while adult libations are certainly a popular draw, value-conscious diners who want a quality meal will enjoy one of the best “cheap eats” options in the vicinity of the Plaza.