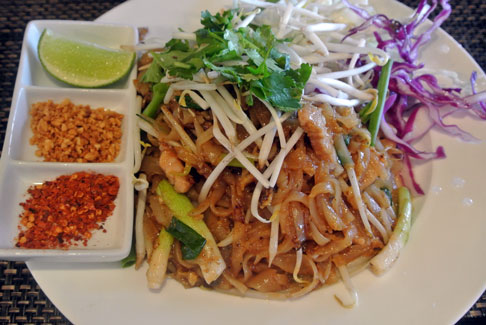 One such assessment purports to tell you which “Big Bang Theory” character you are–to expose the inner geek or super hot neighbor inside all of us. For readers who may not be familiar with The Big Bang Theory, TV.com describes it as “a sitcom that shows what happens when hyper-intelligent roommates/physicists Sheldon and Leonard meet Penny, a beautiful woman moving in next door–and realize they know next to nothing about life outside of the lab. Rounding out the crew are the smarmy Wolowitz, who thinks he’s as sexy as he is brainy, and Koothrappali, who suffers from an inability to speak in the presence of a woman.”

Answering semi-honestly so as to derive semi-valid results, it turns out the Big Bang Theory character with which I most identify is Sheldon Cooper (at least according to this personality assessment), whom the assessment synopsizes as being “a wunderkind for longer than you can remember” and “always the smartest person in the room” although “you have a hard time connecting with people sometimes,” not that it matters because “you’ll be the leader of a new race of cyborg-humans soon enough.” Bazinga!

While some of these character traits may–to a greater extent than I care to admit–accurately profile me, before taking the assessment, I would have said Sheldon is the Big Bang Theory character with whom I least identify. That’s most readily apparent in the way we approach dining. Possessing personality traits consistent with obsessive-compulsive disorder, Sheldon’s food schedule is practically set in stone. It’s monotonous and monogamous. On Mondays, it’s always mee krob and chicken satay with extra peanut sauce from Siam Palace. On Tuesdays, it’s the Cheesecake Factory’s barbecue bacon cheese burger with cheese on the side while the Thursday staple is pizza with sausage, mushrooms and light olives from Giacomo’s. Can you imagine how boring a food blog based on Sheldon’s dining preferences would be?

As a gastronome whose culinary leanings are wholly antithetical to those of Sheldon Cooper, I actually felt a twinge of sympathy for the erudite one when we first stepped into Tara Thai Cuisine and imbibed the magical aromas emanating from the kitchen. Despite an IQ which can’t accurately be measured by standard tests and an eidetic memory the envy of anyone experiencing advancing geriatric progression, Sheldon’s quirkiness would not allow him to try some of the alluring offerings on the Tara Thai menu. Worse, that menu doesn’t include mee krob, his favorite entree and no one, not even Sheldon. can live on chicken satay with extra peanut sauce alone.

Tara Thai is the type of restaurant which most makes me happy to be a gastronome. It’s got most of the Thai standards aficionados love and it’s got exciting dishes, including fabulous seasonal specials, heretofore not found in the Duke City. The Albuquerque Journal’s luminous restaurant critic Andrea Lin accorded it a rare four-star rating, likening it to a “red giant of a fiery star” among the Duke City’s pantheon of very good to excellent Thai restaurants. Fiery is an apt descriptor for many of Tara Thai’s dishes which are prepared to your exacting degree of heat preference.

Located within the sprawling Wyoming Mall and immediately next door to the Cool Water Fusion restaurant, Tara Thai’s motto and mission statement are to “excite the senses.” Prepared well, few of the world’s cuisines have the ability to excite the senses, particularly the sense of taste, more than Thai cuisine. Although widely known for its spiciness, balance, variety and detail are essential to Thai cooking. The best Thai restaurants are adept at balancing the five fundamental tastes–spicy, sweet, savory, sour and (optionally) bitter—within a meal, and often within an individual dish. Tara Thai is such a restaurant.

1 February 2014: Although Thai food can be very filling, it’s such a palate exciting cuisine to eat that you’ll want to sample at least two appetizers. Make one of them gyoza, an Asian dumpling commonly known as a “potsticker” or “dumpling” in America. Although most widely associated with Japanese cuisine, gyoza actually originated in China, but are common throughout Asia. At Tara Thai, the gyoza appear to be steamed then pan-grilled, my favorite method for preparing these delightful pockets. Tara Thai’s gyoza are engorged with chicken and mixed vegetables then served with a sweet chili dipping sauce. This eight-piece starter is artfully plated, but the true artistry is in their deliciousness.

1 February 2014: Somehow the “Big Bang Theory” personality assessment surmised that Sheldon Cooper and I are compatible–at least in terms of our common affinity for chicken satay with extra peanut sauce. The persnickety physicist would love Tara Thai’s chicken satay, five chicken skewers marinated in yellow curry served with a peanut curry sauce and cucumber salad. With a savory-sweet flavor profile, the peanut curry sauce is magnificent as is the cucumber salad, but the chicken is the star. It’s fresh, moist and imbued with the sweet-savory-pungent flavors of a superb yellow curry.

11 October 2014: Claims have been made (though to my knowledge not scientifically validated) that bite-sized foods taste better, perhaps because we don’t have to open up quite as wide to enjoy them. The Thai-style meatballs at Tara Thai certainly taste better than many of the Italian, Swiss and American meatballs we’ve had at Duke City restaurants. These grilled meatballs (two skewers with four meatballs each) are imbued with lively Thai seasonings and not with the cracker or bread filler that too often makes up meatballs in other cultures. Alas, as with the chicken spring rolls, they’re served with an anemic sweet “chili” sauce, emphasis on the sweet.

1 February 2014: With his propensity for repetition, Sheldon would not enjoy Tara Thai’s fall specials, a five item menu so enticing even the non-OCD among us will be hard-pressed to decide which to have. How, for example, can you pick from among Asian pumpkin red curry with chicken and duck curry? The answer, of course, is to order one today and return for the other tomorrow. The Asian pumpkin red curry with chicken is superb, an amalgam of hearty Asian pumpkin chunks, white meat chicken, red chili paste curry in coconut milk with bamboo shoots, bell pepper and fresh Thai basil. This is Thai comfort food at its finest, especially if you order it at least “hot.” It quickly became my favorite Thai dish in Albuquerque. That will probably last until my next visit when I order the duck curry.

11 October 2014: In six visits to Lotus of Siam (the best Thai restaurant in the universe), my taste buds have thrice experienced la petite mort courtesy of a duck curry dish so good, no one else should make it. By any other restaurant’s standards, the duck curry (roast duck, red chili paste in coconut milk with fresh pineapple, cherry tomatoes, bell peppers and basil) at Tara Thai might be the very best dish on the menu, but (paraphrasing Lloyd Bentsen’s most famous quote) it’s not the Lotus of Siam’s duck curry. The “cherry” tomatoes are in the form of large slices; my Lotus of Siam inspired preference is for bite-sized grape tomatoes. That may seem a minor point, but an ingredient-by-ingredient comparison would yield similar commentary for every aspect of the dish. Then there was the matter of the degree of heat (hot) which our server described as “as hot as the hottest chile in Albuquerque.” To my Kim it was molten death; to me, it was insipid compared to the xx-hot chile at the New Mexico Beef Jerky Company.

1 February 2014: If you love fiery heat (as most New Mexicans do), Tara Thai should make all but a few bona fide fire-eaters very happy. You can even find heat in the five-item fried rice menu. The spicy fried rice (fresh garlic, chili, onion, bell pepper and Thai basil with your choice of chicken, beef or pork) lives up to its name without detracting in the least from the other components in this dish. The fresh garlic and Thai basil, in particular, stand out. The rice itself is fluffy and perfectly prepared.

1 February 2014: Tara Thai’s “pad” menu is as exciting as any you’ll find in New Mexico. Pad, a Thai term which describes stir-fry, is a specialty of the house with ten items on the “wok” menu. Pad Pet is the choice for heat lovers, not for the faint of heart. Though you can request it be prepared at “mild” or “medium” levels of heat, you’re still going to feel the burn. It’s a good burn, a delicious burn. The heat comes from sautéed red chili paste on a stir-fry dish which includes baby corn, mushroom, onion, bamboo shoot, garlic and Thai basil. Feel the heat and love it with this dish!

11 October 2014: Not wanting a repeat of her experiences with the Pad Pet (which she described as “death by noodles”) my Kim ordered the safest, most innocuous dish on any Thai restaurant’s menu–Pad Thai. I’ve often referred to Pad Thai as “Pad Boring” (sorry, Ryan) because it lacks the incendiary, “pain is a flavor” personality of my favorite Thai dishes. Tara Thai’s rendition is actually quite good, perhaps the best we’ve had in the Duke City. The stir-fried rice noodles are masterfully prepared and enjoyable as is every other ingredient on this popular dish.

11 October 2014: With eight items, Tara Thai’s dessert menu is actually quite sizable compared to many Thai restaurants. Every dessert listed is inviting and tempting, but in-season, there can only truly ever be one option: mangoes with sticky rice. In Thailand, this delightful dessert is actually a finger food eaten by rolling the rice with the fingers and scooping up mango slices. There’s too much coconut milk on Tara Thai’s version for Thai-style eating, not to mention American sensitivities. At any regard, this is a wonderful dish, one we miss greatly when mangoes go out of season.

Tara Thai is the type of restaurant which could easily become a habit. In that respect, I envy Sheldon Cooper who could visit every Monday and not think twice about it. From the moment you walk in and imbibe the magnificent aromas from the kitchen to the moment you leave, completely contented and full, you’re in for a great dining experience in one of the best Thai restaurants in the Albuquerque.