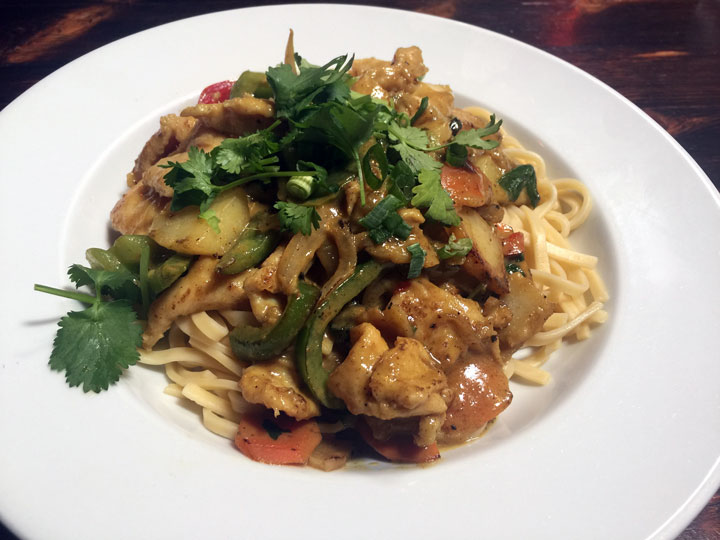 “The branches of the aspen plum
To and fro they sway
How can I not think of her?
But home is far away,”
– Confucius

According to Urban Farm Online, “plums were domesticated in China more than 2,000 years ago and have figured in written documents since 479 B.C. These fruits were the plums Confucius praised in his writings and the ancestors of today’s Asian plums.” In China, plums symbolize good fortune while the blossom of the plum tree is considered a symbol of winter and harbinger of spring. The Taiwanese consider the plum blossom a symbol for resilience and perseverance in the face of adversity during the harsh winter. In both Korea and Japan, the plum blossom also symbolize spring while in Vietnam, the plum tree and its flowering blossoms symbolize feminine pulchritude.

Despite its longevity, plums are not as significant on Asian dishes as one might expect, especially considering its versatility and complementary flavor potential. In excellent Chinese (Ming Dynasty) and Thai (Siam Cafe) restaurants throughout Albuquerque, plum sauce (sometimes called duck sauce) is a staple, a sweet sauce as thick as a jam with a slightly tart flavor which compliments egg rolls, spareribs and other appetizers and entrees. It’s better, by far, than the candied, unnaturally red sweet and sour sauce some restaurants offer.

Perhaps as a portend of great fortune, brothers-owners Wyn Chao and Brian Triem named their newest restaurant venture–which they launched on November 17, 2012–the Plum Cafe Asian Grill. The brothers are veteran restaurateurs and no strangers to the Duke City area, having started Rio Rancho’s Banana Leaf restaurant in 2005. The Plum Cafe Asian Grill is located in the former home of the Asado Brazilian Grill and the Charcoal Mediterranean Grill in the Jefferson Commons area commonly referred to as the Pan American Freeway restaurant row. It’s within easy walking distance of the Century Rio multiplex theater.

Its operating model–ordering at a counter–isn’t exactly unique, but more than at some restaurants, you might long for tableside service. Almost as soon as you arrive at the counter, expect the perplexing question “are you ready to order.” It’s especially perplexing if you’re a first-time visitor who likes to peruse the menu carefully before ordering. The Plum Cafe’s menu is one you want to spend time studying. It’s a fusion of Chinese, Vietnamese and Thai dishes with several intriguing surprises. After you place your order, you’ll settle the bill of fare which includes adding a tip without knowing what the quality of service will be. Then you’ll find your own table, retrieve your own beverages, napkins, condiments and plates. At least the wait staff will deliver your order to your table.

The menu lists five starters, all but the Vietnamese spring rolls being Chinese. Hot and sour soup and wonton soup constitute the entire soup section of the menu which surprisingly has no Vietnamese pho. Three beautifully plated salads are available for the health-conscious. Items on the fried rice and noodles section of the menu can be made with your choice of vegetables and tofu, chicken, beef, pork, shrimp or a combination of any. Eight items on the “Signature” section of the menu provide perhaps the greatest intrigue; some, like the Vietnamese taco, are quite interesting. There are also eight items on the “Entrees” section. The menu is very descriptive and enticing.

25 February 2012: Pot stickers have become so commonplace as to become practically passe. Very few–the sublime pot stickers at Hua Chang come to mind–actually stand out. The Plum Cafe’s rendition are good, if not memorable. Six per order pot stickers filled with minced chicken, Napa cabbage, shallots and scallions are served with a ginger garlic soy dipping sauce that would be better with a little heat. These wok fried dumplings are steaming when brought to your table and may burn your mouth if you’re not careful.

25 February 2012: In a surprising “Vietnam meets Mexico” twist reminiscent of the creativity found in China Poblano, the Signature section of the menu includes the Vietnamese Taco, an anomalous appetizer-sized entree melding the culture and cuisine of two diverse and distinct nations. Picture if you will, two corn tortillas engorged with your choice of grilled beef or chicken (you can’t have both), scallions, cucumbers, daikon, carrots and cilantro with Sriracha mayo. It’s unlike any taco you’ll find in Mexico. The corn tortillas are soft and oil free, bursting with contents. The tacos are served with a sweet-piquant mango salsa and sweet potato fries.

25 February 2012: The Vietnamese Vermicelli entree—vermicelli noodles, egg rolls, onions, cucumbers, lettuce, bean sprouts, carrots, mint, cilantro, scallions and crushed peanuts served with a chili lime vinaigrette–arrives in a swimming pool-sized bowl. The chili lime vinaigrette, served in a small ramekin, is reminiscent of Vietnamese fish sauce in that it is redolent with sweet, piquant and tangy elements. It’s a very good sauce which penetrates deeply into the fresh ingredients. This entree, from the Fried Rice/Noodle section of the menu, is served with your choice of vegetables and tofu, chicken, beef, pork, shrimp or combinations thereof. The chicken, mostly thigh meat, is moist and delicious, but is cut in long strips that are more than bite-sized. It’s the only downside to an otherwise good, fresh, healthful entree.

25 February 2012: My favorite entree is the Thai mango curry made with both mangoes and pineapples as well as bell peppers, bamboo shoots, onion, cashews, basil and a red curry coconut sauce. The curry has a nice balance of flavors–piquancy, sweetness, savoriness and tanginess and is served steaming hot. The vegetables are perfectly prepared– fresh and crisp. As with other entrees, it’s available with your choice of meat or shrimp. Alas, as with the Vietnamese vermicelli, the chicken is cut into long strips that are somewhat larger than bite-sized. The mango curry is available with your choice of rice and comes with steamed vegetables on the side.

15 May 2017: Value-priced lunch specials are a good deal and the Plum Cafe doesn’t scrimp on portion size. One such special is the Thai yellow curry which can be prepared to your exacting level of piquancy and with your choice of white rice, brown rice or noodles as well as your favorite protein. While the portion size certainly isn’t parsimonious, the amount of curry certainly is. That may be entirely by design so diners can appreciate the grilled vegetables and boiled potatoes, but for those of us who prefer our curry to engulf everything else on the plate, there isn’t enough curry to go around. Consequently the dish is a bit on the dry side, especially when the potatoes are involved.

1 August 2018:  The advent of 2018 saw the merger of Nanami Noodle House with its sister restaurant, the Plum Cafe.  With this auspicious joining, several menu items from Nanami are now available on the Plum Cafe menu.  For noodle soup aficionados, that’s a very good thing.  It now means you can order such soul-warming bowls of comfort as a spicy miso ramen soup (ramen, chasiu (barbecued pork), fish cake, spinach, sesame seeds and been sprouts in a miso chicken broth tossed with green onion and nori).  Almost invariably synonymous with “piquant,” spicy is still a relative term. A dish is only as “spicy” as a diner’s taste buds and palate can tolerate.  For this fire-eater, the spicy ramen soup wasn’t nearly spicy enough to warrant its name.  It had relatively little bite.  The dish was still satisfying, especially the buttery tangle of noodles, appropriate considering noodles were the specialty of Nanami.

The Plum Cafe’s Web site (now defunct) bespoke of promise and potential: “We want to introduce Asian Fusion cooking that incorporates all types of Asian cuisine. Our fusion cooking techniques adapts modern and traditional ideas from various cultures while combining herbs and spices from these cultures to enhance each dish for volumes of flavor. Another integral part of this concept is to serve healthy, fresh, and made to order meals at a comfortable price. Plum receives fresh meat and produce each week which are all utilized in the daily preparation of our dishes. Nothing is cooked till it’s ordered. This ensures each dish comes out hot and fresh.”

It’s in the execution of its operating model that the Plum Cafe may be off-putting to some. When done with our meal, we contemplated dessert, but didn’t want to repeat the ordering process at the counter. Consider us spoiled in that way. We would have preferred tableside service to match what was mostly pretty good food.