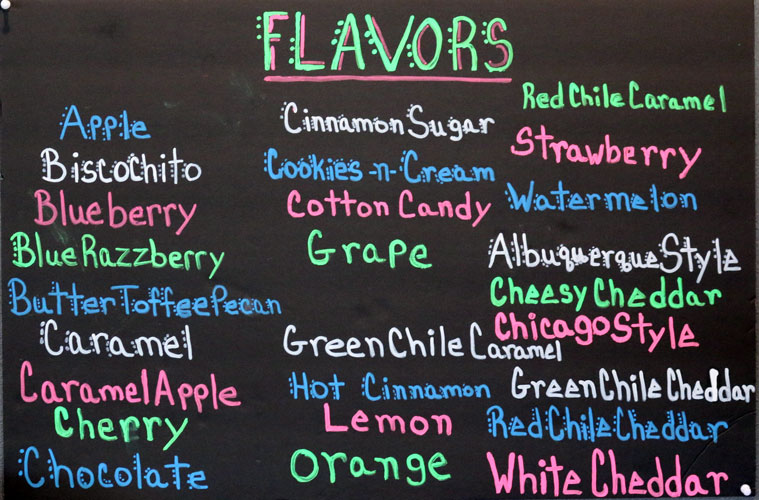 Who doesn’t love popcorn? Along with hot dogs, apple pie, hamburgers and barbecue, it’s been an American favorite–or should I say tradition–for generations. A humble treat, popcorn can grow in other parts of the world where other corn can’t. It was grown in the Americas, China, Mexico and India long before Columbus journeyed to America. According to urban myth, it was brought to the “first” Thanksgiving” (at least the one taught about in history books) by the Iroquois and since then, a tradition has existed of bringing popcorn to peace negotiations as a token of good will. Today Americans consume over seven billion quarts of popcorn every year.

For generations, throngs of Chicago residents have stood in long lines to get the world’s best popcorn at Garrett Popcorn Shop. A resilient lot, they stand there regardless of frosty air, oppressive humidity, turbulent winds and every other way in which Mother Nature vents her wrath. The popcorn at Garrett is transformative.  It’s life-altering.  It’s a religious experience.  After each visit to Chicago, we crave Garrett for months and though there is no equal, Albuquerque has a popcorn shop which does  assuage our craving.

Walker’s Popcorn Company has been serving Albuquerque since October 1st, 2003 with a popcorn specialty store–which might not be Garrett’s (a truly incomparable shop)–but it’s pretty darn good in its own right. Appropriately enough, it’s owned by former residents of McHenry, a northwest suburb of Chicago. The Walkers are passionate about popcorn and pop their product daily the old-fashioned way, in small batches using great ingredients to ensure you always receive an unfailingly fresh popcorn product.

The Walker’s popcorn flavors are innovative and unique. You no longer have to imagine what popcorn might taste like if flavored with hot cinnamon, watermelon, tangerine or green apple because Walker’s has these flavors and many more. It’s not quite the Baskin Robbins of popcorn, but you get the picture. Traditionalists can have their plain buttered popcorn or cheddar cheese flavored popcorn if they’re daring, but you’re well advised to venture into the realm of sensory exploration. Skeptics will be quickly disarmed when they find the fruit flavored popcorn actually has a fruity taste.

Expatriated Chicagoans (like my wife) order their popcorn Chicago style (cheddar tossed with caramel) by the gallon tin size. The sharp cheddar taste and caramel sweetness mingle beautifully and will leave your hands an orange, sticky mess. New Mexico style popcorn features green chile tossed with caramel. The green chile is, in fact, more piquant than what is served in many New Mexican restaurants. A green chile caramel and biscochito popcorn are also available.  If there’s one nit about Walker’s popcorn, it’s that the size of the kernels are rather on the small size (at least compared to the steroidal kernels popped at Garrett’s).

Walker’s popcorn will put to shame any popcorn made in a movie theater and especially the popcorn sold at the malls around Christmas time (that popcorn should be used as packing material for gifts). It just may have you swearing off the piteous microwave mediocrity. Seasonal specialties include a biscochito flavored popcorn (that does include the flavor of anise and cinnamon) and a licorice flavored popcorn that’s popular around Halloween. Other store specialties include fudge and caramel apples.

After fifteen years at its original Central Avenue location just south of the University of New Mexico, Walker’s relocated to a much larger location on Menaul in what used to be Dee’s Cheesecake Factory.