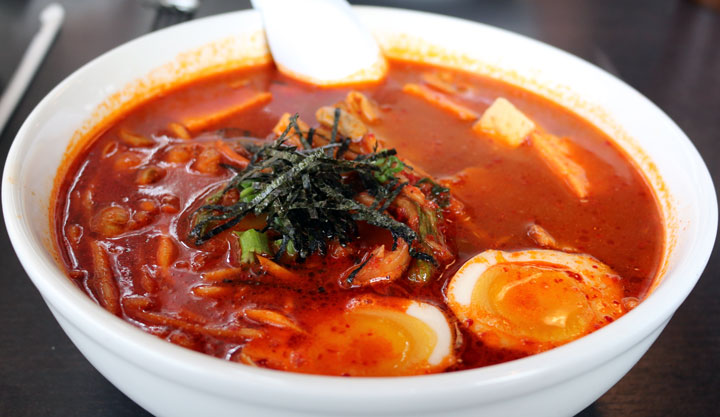 If Chinese superstitions have any credence, some of us may not be long for this world. Chinese superstitions posit that long noodles symbolize a long life. Ostensibly, if you cut your noodles, you’re cutting your life short. Instead of cutting your noodles, the Chinese advocate slurping up long noodles without breaking them. When it comes to noodles, the Chinese should know. After all, they’ve been preparing noodles longer than any culture in the world. In 2005, archaeologists uncovered a 4,000-year-old bowl of noodles in Northeast China, the earliest empirical evidence of noodles ever found. Buried under ten feet of sediment, an overturned sealed bowl contained beautifully preserved, long, thin yellow noodles made from two kinds of millet. Archaeochemist Patrick McGovern indicated that “even today, deft skills are required to make long, thin noodles like those found” at the Chinese site, adding that “this shows a fairly high level of food processing and culinary sophistication.”

If you’ve never seen the art-and-science process of hand-making noodles, it should be on your bucket list–and because the process is quickly becoming a lost art, you should place it near the top of that list. Fortunately you don’t have to go far to witness veritable feats of noodular prestidigitation. The art of hand-pulled noodles is on daily display at Beijing Noodle No. 9 within Caesar’s Palace in Las Vegas where the open kitchen doubles as an exhibition hall for chefs who’ve been intensely trained on how to hand stretch noodles. Through a process of stretching and twisting flour, noodle-masters can hand pull hundreds of beautiful long thin noodles for a variety of dishes. It’s a beautiful thing to watch, but even more spectacular is sampling the results.

When we heard a new Duke City restaurant named Nanami Noodle House would be launching in January, 2017, we dared hope hand-pulled noodles would be featured fare. Alas, such was not meant to be. Nanami showcases noodles made elsewhere and flown in for use on a variety of broth-based, vegetarian and non-broth noodle dishes (if it’s any consolation, very few cities across the fruited plain can boast of restaurants in which noodles are made in the traditional hand-pulled manner). Captivating aromas emanating from the kitchen gave us very little opportunity to bemoan our ill-fortune. The source of those fragrant bouquets were in dire need of exploration as was a menu as diverse and delightful as we’ve seen in quite some time.

Befitting the restaurant’s name, which translates to “seven seas,” that menu includes dishes originating in Vietnam, Japan, China, Thailand, Taiwan and Korea with a nod to New Mexico here and there. The Land of Enchantment meets Asia in the very first appetizer listed on the menu. That would be the green chile Rangoon. It’s one of nine appetizers, most of which are pretty standard fare. You can eschew appetizers altogether and enjoy one of the four available salads. Some diners will gravitate immediately to the noodle soups section of the menu, a listing of fifteen slurp-worthy soups. If you prefer noodles sans broth, the menu lists four inviting options including grilled vermicelli. Vegetarian options are also available.

Lest I forget, the menu lists a nice array of hot and cold beverages including sixteen-ounce shakes, some in flavors you might not expect (green tea, Vietnamese coffee and Thai tea, for example). Caffeine fiends should try the Vietnamese Coffee Frappe, an eye-opening meld of strong coffee and sweetened condensed milk. Hot tea by the pot flavors include oolong, jasmine, green tea and a decaffeinated green tea. Ice tea flavors include unsweetened green tea, mango, lychee and peach. Coke products are also available, but other options just seem so much more appropriate. Oh, and you’ll definitely want to peruse the dessert menu, too.

Nanami Noodle House is located at the former site of Cafe Jean-Pierre off the Pan American Highway. It faces and is within easy walking distance of the Century 24 theater. Nanami is the brainchild of first-time restaurant owners Brian and Nga Trieu, both of whom have extensive restaurant experience. Brian cut his teeth working in restaurants owned and operated by his siblings in Roswell, Rio Rancho and Albuquerque. Among family owned restaurants with which you might be familiar are Banana Leaf (which a sibling sold years ago) and the Plum Cafe next door. There are some similarities between the three.

Sure to become the restaurant’s signature appetizer is the Green Chile Rangoon (crispy Rangoon filled with green chile, jalapeño, onion, cream cheese and Cheddar). If you’ve ever lamented the cloying flavor of most Crab Rangoon, you’ll appreciate that this six-piece starter bites back–not too much, but enough to be discernible. The Green chile Rangoon is served with a plum sauce, a term which usually engenders yawning and ennui. This plum sauce actually has personality courtesy of a nice infusion of ginger and chili. It only looks sweet and innocuous.

Nanami pays attention to the sauces which accompany its appetizers. That’s a difference-maker discerning diners will notice. The chicken dumplings (crispy pot stickers filled with chicken, Napa cabbage, shallot and green onion), for example, are accompanied by a chili oil sweet soy sauce that emphasizes both its piquant and sweet elements. The chicken dumplings are flash-fried to a golden hue and are generously filled. It’s telling that the dumplings are delicious with or without sauce though the sauce does bring out more flavors.

Whether you noodle over the choices carefully or you espy a noodle dish that quickly wins you over, you’re in for a real treat. My Kim beat me to the spicy beef noodle soup (rice noodle, medium flank steak, beef broth, tomato, cucumber and bean sprouts in a sate pork-shrimp broth topped with crushed peanuts, green onions, fried shallots and basil), my ad-libitum choice when trying a new Vietnamese restaurant. While the flavor profile of most spicy beef noodle soups in the Duke City gravitates toward anise-kissed pho made piquant with the addition of chili, this one is wholly different. It derives its heat from sate, a piquant Vietnamese sauce typically made with garlic, lemongrass, chili, fish sauce and other ingredients. You may have noticed from the ingredients listed above that the broth is a sate pork-shrimp broth, not a beef broth. There are many surprises in this soup, the least of which is the addition of fresh tomatoes and cucumber slices. This deeply satisfying, rich elixir may have you rethink what you believe spicy beef noodle soup should be.

If you can’t get enough ramen in your life, you’ll appreciate Nanami offering one ramen option heretofore unavailable in the Duke City. That would be the Kim Chi Ramen (wheat noodle, chasu, tofu, soft-boiled egg, mushrooms, bean sprouts and kimchi in a pork dashi broth topped with sesame seed, green onion and nori). This is a ramen dish rich in umami, one of the five basic tastes (along with salt, sweet, sour and bitter) with a profile described as “meaty” and “brothy.” The rich stock (dashi), soy sauce, earthy mushrooms and even the fermented kimchi are especially imbued with umami. There is a lot going on in this dish, a melding of ingredients which go very well together, but if the term “kimchi” inspires visions of fiery, fermented cabbage, you might be disappointed. The focus of this ramen is in developing a multitude of flavors, not one overwhelming flavor. This is a memorable dish!

The Nanami Noodle House may not hand-pull its noodles, but the chef certainly knows how to use noodles to craft deeply satisfying, soulful and delicious dishes you’ll want to enjoy again and again.