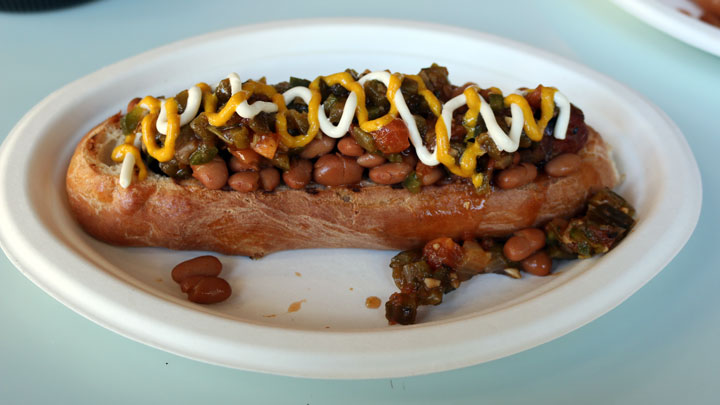 The old Jewish proverb “worries go down better with soup than without” may just be the most understated aphorism about soup ever uttered. When soup is discussed, it’s usually with a sense of warm nostalgia, perhaps even reverence. We ascribe such adjectives as comforting, restorative, soothing, nourishing, hearty, warming and fulfilling to that nostalgic elixir in a bowl. The number of adjectives would probably quadruple if we attempted to describe soup’s qualities of deliciousness in addition to its satisfying properties. There’s no doubt that a luxurious bowl of steaming soup has life-affirming attributes. Is it any wonder one of the most popular paperback series of all-time is named for soup–the Chicken Soup For the Soul series, an inspirational and uplifting anthology?

Soup is so much more than nostalgia in a bowl, more than a comfort food favorite. Though good year-round, soup has its own season, one that doesn’t necessarily follow a calendar. It just seems tailor-made for the chill and bluster of winter. Indeed, there is much anecdotal and even some scientific evidence to support claims that soups can help restore us back to health when we’re under the weather and wrapped up tightly under blankets. On days that make us shake, shiver and tremble, soup’s warmth gives us the impetus to brave the cold and attack the day with vigor.

It was on one of those gelid days that I first visited the SoupDog, an olfactory oasis ensconced in the Green Jeans Farmery (3600 Cutler Avenue, N.E.), the community-oriented commercial plaza constructed entirely with repurposed shipping containers as modular, architectural building blocks. Four days previous during our inaugural foray to the Green Jeans Farmery for lunch at Amore Neopolitan Pizzeria, we had espied SoupDog and earmarked it for additional study (as in whether or not it was named for Snoop Dogg, the notorious reefer-loving rapper) and a potential visit.

For shizzle (I’ve always wanted to say that) SoupDog wasn’t named for the splendid stoner, but for two of the most comforting and iconic foods–soup and hot dogs. It became readily apparent in time that a name change was warranted as Duke City diners tended to believe Soupdog served only soup. Its new name, Chumlys Southwestern, has a friendly (as in chum, buddy, pal) connotation without implications of typecasting. As with other restaurants in the Farmery complex, Chumly’s Southwestern plies its trade in what could pass for a large concession stand. Menus scrawled in an array of colors describe the featured fare which you order from a counter. Next, you’ll saunter over to your choice of several indoor and outdoor dining areas, none attached to a restaurant (although some seating areas are on the roof of the restaurants they serve).

While the soup menu is relatively limited (listing five or so soups), deciding which to order won’t be a simple process. For the peely-wally, the perusal may stop at the creamy green chile chicken noodle soup, the so good and good for you elixir infused with equal parts nostalgia and magic. Millions of mothers still swear by it. Chumly’s version is an invitation to both salivation and sulubriousness. If you prefer your chicken soup sans creaminess, a more traditional (at least in New Mexico) green chile chicken noodle soup is also available. From among the five soups listed during my inaugural visit, chile was a chief ingredient in three.

3 December 2015: That includes the soup which combines the flavors of my current home in the Land of Enchantment with the flavors of my previous home on the Mississippi Gulf Coast. The New Orleans Meets New Mexico Gumbo is as delicious as it sounds, a melding of diverse cultures and cuisines to form an even better concoction. Picture Andouille sausage and chicken broth with veggies, homegrown herbs and Hatch red chile served over brown rice. The red chile has just enough bite to be discernible without obfuscating the Cajun flavors which make gumbo one of America’s favorite soups. If every other soup on the menu is as good, SoupDog will soon join Cafe Bella as my hook-ups when cold weather has me down. I’m not the only one with a high opinion of this paragon of deliciousness. During the Roadrunner Food Bank’s Souper Bowl for 2016, this great gumbo earned a second place award in the People’s Choice category.

29 January 2017: More than twelve-hundred guests enjoyed scrumptious soups and delectable desserts from nearly forty area Albuquerque restaurants in the Roadrunner Food Bank’s Souper Bowl 2017. Awards were presented in two categories: Critic’s Choice and People’s Choice with attendees casting their ballots for their favorite soup and dessert. Drum roll please…Chumlys Southwestern accomplished a rare feat in earning first place in the Critics’ Choice category and second place in Peoples’ Choice. The award-winning soup was Chumly’s Creole Corn & Crawfish Chowder, an outstanding elixir showcasing a netful of sweet, succulent, pink-fleshed crawfish swimming in a nicely seasoned broth with sweet niblets of corn. This is a magnificent, multi-faceted soup with a pleasing personality.

The Sonoran Hot Dog may just be the most delicious export from the Grand Canyon State to hit New Mexico where it’s made significant inroads. In recent months we’ve uncovered Tucson-quality Sonoran hot dogs in Albuquerque (Sharky’s Fish & Shrimp and Pop Fizz) and Rio Rancho (the now defunct Ice Cream Palace And Hot Dog World) and we understand there are several purveyors of this paragon of delicious messiness operating from motorized conveyances. Chumlys’ Sonoran is so good it may take several visits before another hot dog tempts me enough to try it. The combination of garlicky hot dog, piquant salsa and tangy mustard nestled in a beauteous bolillo is a winner!

29 January 2017: Con queso, a diminutive of chile con queso, is an aptly named term because some con queso is so innocuous and tepid that you have to wonder if chile is even part of the mix. Not so at Chumlys Southwestern where the con queso bites back. So do the tater chips which are made on the premises. The Tater Chips & 505 Queso are not to be missed though they may not pair as well with a delicate soup such as the Creole Corn & Crawfish Chowder as they do with the New Orleans Meets New Mexico Gumbo which also has notes of piquancy. There’s some serious heat on this queso.

Chumlys is the brainchild of Jessie Zimmerman, a 30-year veteran in the restaurant business as a kitchen manager and production manager for 505 Southwestern Restaurant and Chile Products. Those of us who remember 505 Southwestern when it was a restaurant are sure to notice some of its uniquely delicious touches. Chumlys Southwestern is a sure cure for winter blues and an even better cure for hunger. For soup, hot dogs and so much more, it should be on your radar.