A & B Drive In – Truth or Consequences, New Mexico 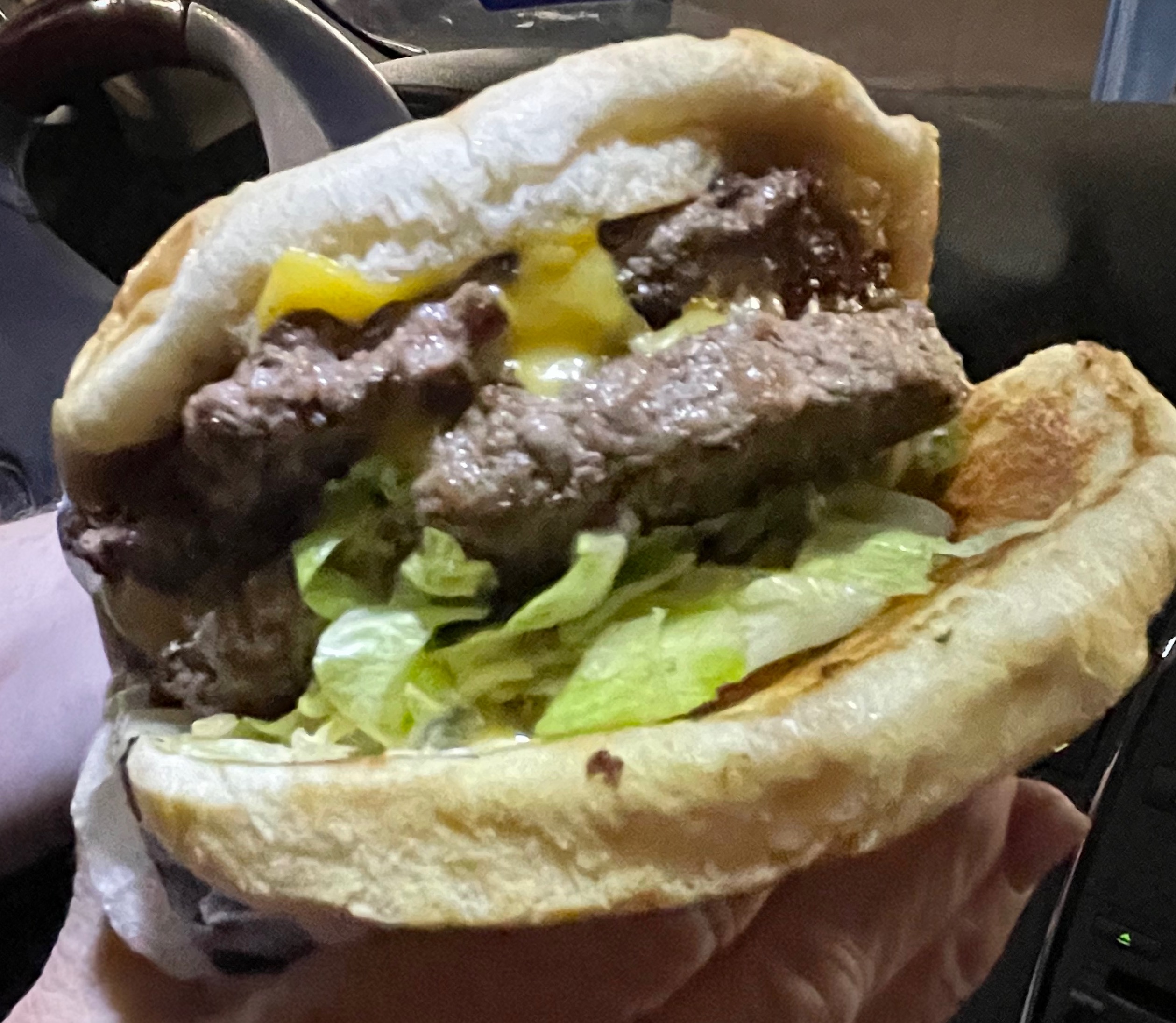 For five very memorable seasons, Michael Newman, the charismatic and ebullient host of New Mexico True Television and Melinda Frame, the show’s brilliant producer-director had the very best jobs in the world. Though not expressly stated, their true job titles should have been “Ambassadors for the Great State of New Mexico” because that’s what they really were. Every Sunday (8:30AM on KOB-TV Channel 4), they showcased the Land of Enchantment in all its magnificent splendor and incomparable beauty. With the flair of gifted raconteurs, they knew just when narration was necessary and when it was best to let spectacular backdrops tell the story. New Mexico True’s thematic episodes truly fed the soul and capture the imagination.  Note:  You can still see all five seasons of New Mexico True in the comfort of your home, albeit from your browser of choice by clicking on the link above.

In Season 3 (Episode 4: El Camino Real Part I), the New Mexico True cast (really just Michael) and crew spent time in Truth or Consequences, but saved any time they may have spent indulging in the city’s salubrious thermal waters (reputed to cure “anything that ails you”) for another episode. Because New Mexico True also celebrates the Land of Enchantment’s bold flavors and culinary culture, the focus of the T or C segment was on one of the city’s most popular eateries. Within easy walking district of the spas and bathhouses, the A & B Drive-In is not to be missed.

If you’re of the mind that drive-ins are anachronisms, chronological misplacements in a time to which they don’t belong, you haven’t been to the A & B at meal time. That’s when you’ll find motorized conveyances of all types and sizes parked under metal canopies. The experience is described by one Yelp reviewer as “right out of American Graffiti,” the coming-of-age movie in which teens spent much of their free time at a drive-in similar to A & B. After you park your vehicle, you’ll walk up to a window at which you’ll place your order (the menu takes up an entire window panel) then you’ll wait for your name to be called. You can either eat in your vehicle or on one of the picnic tables provided.

When Michael walked up to the window, he ordered a green chile cheeseburger and fries. In his warm, casual style, he also did much of my research for me, discovering that the drive-in was named for Anthony (A) and Barbara (B), offspring of the drive-ins founders. The drive-in was started because the siblings’ mother’s loves to cook. Her dream was to feed her guests and have them enjoy their experience. In that regard, the A & B is a dream-come-true. The drive-in remains a family-owned, family-operated venture.

Though we didn’t get to meet Barbara as Michael did, the employees taking our orders during our visits shared in our enthusiasm for New Mexico True having highlighted the drive-in. One recommended the New Mexican food (burritos, tacos, tostadas, flautas, enchiladas, etc.), all of which are prepared with cumin (obviously she didn’t know me). The menu also includes several burgers, hot dogs, sandwiches and even gizzards. Likely because of balmy summer temperatures, Hawaiian shaved ice is also featured fare.

21 December 2015: The Hawaiian shaved ice (green apple) is a coarse, granular ice concoction texturally similar to a snow cone. Similar to a snow cone, much of the “flavoring” tends to settle near the bottom which means chewing on rather flavorless ice for a while. Much better is the chocolate shake which can be made to your exacting specifications for thickness. It’s a chocolaty delight made with real (and really cold) ice cream.

30 December 2021: For the most part, I live vicariously through Michael whose daring exploits on New Mexico True show a much more fit, athletic and daring man than this geriatrically advanced blogger. Though I can’t hope to duplicate his exploits in biking, running and square-dancing, I, as he did, ordered a double meat green chile cheeseburger at A & B. You know it’s going to be a great burger when thick beef patties extend beyond the five-inch buns and when those buns practically collapse when you squash the burger down so you can get it in your mouth.

This is an excellent burger–moist, well-seasoned, dressed with fresh ingredients and skyscraper tall. If we didn’t know better, we might have thought we were in Socorro county, New Mexico’s epicenter for behemoth (and outstanding) burgers.  As with many burgers of the drive-in era, this one comes fully dressed with lettuce, tomatoes, onions, mustard, mayo and a partridge in a pear tree.  The burger patties are reminiscent of the burger patties at Rex’s in Albuquerque.  They’re made from real beef, so good you’d enjoy the patties by themselves.  Best of all, these burgers are prepared to order.  They don’t sit under any heat lamp.  Count A&B as proprietors of one of the very best green chile cheeseburgers in New Mexico!

21 December 2015: A & B’s version of a green chile Philly is a good one. It could be a great one with a better sandwich roll. The chopped steak, peppers and green chile work very well together, but they’re nestled in a bread home that just doesn’t cut it. Dry and chewy, it detracts from ingredients that are otherwise moist and delicious. My Kim took to extricating the ingredients from the bread with a fork and cutting up the bread for some birds nearby.

The A & B Drive-In remains open longer during the day than other restaurants in Truth or Consequences, but that alone doesn’t account for its popularity. It’s a solid dining option with genuinely good food and one of the best green chile cheeseburgers in southern New Mexico.

One thought on “A & B Drive In – Truth or Consequences, New Mexico”