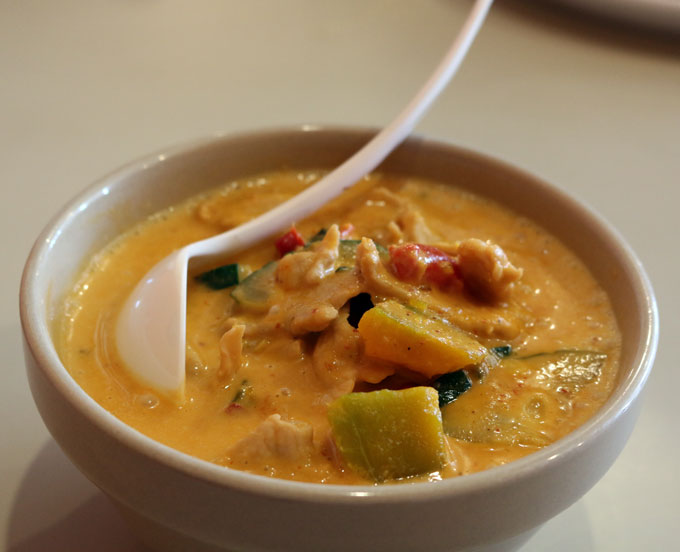 Black socks and sandals, mixing plaids and polka dots, middle-aged men sporting the “pants falling down” look, T-shirts that accentuate the “spare tire” look, fat guys wearing culottes… If there’s a fashion faux-pas out there, you can bet some of us XY-chromosome-enabled fashion Luddites have committed it and then some. When it comes to fashion, many of us are as clueless as a pirate wearing two eye patches. There is, however, one fashion statement we won’t make. Among the six to seven shirts hanging (wrinkles and all) in our closets, none will be the color pink. Nor will they be salmon, carnation, rose, Amaranth or any other shade of pink fashionistas invented in an effort to get us to wear pink.

For men, the only pink thing that’s really cool (despite what we tell our wives and girlfriends about their pink “unmentionables”) is the Pink Panther. You know, the Pink Panther…the “one and only, truly original, Panther-pink (panther) from head to toe.” Men have a very special affinity for the “rinky-dink” Pink Panther. “He really is a groovy cat and what a gentleman, a scholar, what an acrobat!” He’s everything we want to be, but aren’t cool enough to pull it off. Alas, they don’t make intellectual cartoons like that any more. Thank goodness for DePatie-Freleng (whoever they are) and United Artists for syndication.

Perhaps only in Thailand do men not have an aversion to wearing the color pink. Traditionally every day of the week is assigned specific colors, some of which are considered lucky or auspicious and others which are deemed unlucky. Tuesday’s lucky color, for example, is pink while the day’s unlucky colors are yellow and white. On Wednesday, however, pink reverts to an unlucky color. In 2007, pink gained even more popularity because a Thai astrologer advised the ailing king to wear pink in order to heal quickly and remain in good health (in the pink, so to speak). As a result, millions rushed to purchase pink polo shirts. (Hmm, will America embrace pink pantsuits should Hillary win the Presidential election?)

We’re always tickled pink when we hear of a new Thai restaurant in Albuquerque and were especially intrigued to learn of one sporting the curious appellation Hot Pink Thai Cuisine. We wondered if the “hot” part of its name was meant to bring additional luck on Tuesdays or perhaps it’s a description of the piquancy level. Hot Pink, it turns out, is a rechristening of the Thai Cuisine Express restaurant and is located in a small shopping center on San Pedro about a block north of Menaul. Though we’d never visited Thai Cuisine Express, we were acquainted with its reputation for serving perhaps the most incendiary Thai food in the Duke City.

Ironically our inaugural tarriance at Hot Pink occurred just before it was visited by Howie “The Duke of Duke City” Kaibel, the charismatic Albuquerque Community Manager for Yelp. Howie’s spot-on assessment: “Virtually nothing else changed with the name switch aside from, ironically, the spice level. They wussed out on me, man. It used to be that around here, “Thai Hot” translated to “engulf your mouth” and, later, your innards. No longer. They’ve gone temperate, or Not So Hot Pink. So if you’re a heat junkie, like moi, make sure to emphasize your foodie demise.” In his usual eloquent and balanced manner, he also noted that: “Otherwise, this remains a solid place to get comparatively fresh ingredients and solid interpretations of Thai standards.”

Grrr! Had I read Howie’s review earlier, it would have been “Thai hot” for me instead the rather benign just “hot,” but I digress. Hot Pink Thai Cuisine is Lilliputian in size, but all-enveloping aromas emanate from its kitchen. Step into the restaurant and the mingling of exotic Thai sauces, spices, vegetables and proteins has the pull of a seductive siren. Walls are tastefully appointed though orange (Thursday’s lucky color) is more prevalent than pink. Elephants, the official national symbol of Thailand, festoon the walls (along with Buddha and the requisite pictures of the Thai royal family) though there are no pink pachyderms anywhere.

Peruse the menu and you’ll espy many of the “usual suspects” found at every Thai restaurant in town. You’ll also find some items (such as the pumpkin curry) which aren’t quite as commonplace. The menu not only lists and describes each item, but includes full color photographs which may have you drooling before you even place your order. The menu proudly proclaims “we do not add MSG to any of our products or our recipes” and more audaciously warns that “Selection of Thai Hot are irreversible. Management accepts no responsibility for side effects on any spice level.” Methinks the latter warning may be unnecessary based on what we (and Howie) experienced.

The reasons men don’t wear pink aren’t solely esthetic. They’re practical, too. Spillage, particularly of messy sauces, is something at which men are especially adept (largely attributable to our enthusiasm for what we’re eating). Spillage would be as conspicuous on a pink shirt as the plumage of a peacock is during mating season. With chicken satay, we should all wear bibs because there’s bound to be spillage. Hot Pink’s chicken satay, a very delicious poultry Popsicle, is laden with curry, a key component of which is turmeric (which gives satay its characteristic yellow color). Four skewers per order are served with a peanut sauce and a cucumber sauce, both of which are on the sweet side and messy.

On Fridays during Lenten season, salmon patties were a frequent guest at our family table. With enough salsa they were palatable, but nowhere in the deliciousness vicinity of Thai fish cakes, a common street food in Thailand. Thai fish cakes would proverbially kick sand on American fish cakes. Sliced into small pieces, the fish cakes are bite-sized morsels of concentrated flavor with spices and herbs complementing the fish. Lightly breaded and pleasantly piquant, they’re a perfect foil for the accompanying cucumber sauce whose sweet notes play very well against the savory, briny, spicy fish cakes. My Kim who doesn’t especially like seafood polishes these off with alacrity.

Because our visits to Pad Thai (the restaurant) on the Talin Market complex rewarded us with the best Pad Thai (the dish) we’ve had in New Mexico, my Kim is adamant that lightning can strike twice, that there may be more than one Pad Thai worth ordering. Hot Pink’s rendition of this overwhelmingly popular Thai staple, while good, pales in comparison to Pad Thai’s eponymous dish. This stir-fried Thai noodle dish made with egg, peanuts, shallots, sprouts and pork (Kim’s choice) is prepared in a moderate amount of oil, meaning it’s not nearly as greasy as some Pad Thai tends to be. The tender noodles contrast nicely with the sprouts, but this is not a dish in which you necessarily evaluate how ingredients work in smaller combinations. This is a dish you enjoy as a composite, a whole, a compilation of several ingredients which work well together.

We’ve only found a couple of restaurants in Albuquerque who serve pumpkin curry and one of them has closed down. It was, therefore, a thrill to find pumpkin curry at the Hot Pink. That thrill was exacerbated by the freshness of the pumpkin. This was not mushy canned pumpkin, but fresh pumpkin which the purveyors scoured the city to find. The pumpkin luxuriates in a large bowl of red curry made wonderfully fragrant and delicious with herbs and spices simmered in a rich and creamy coconut milk enriched with basil leaves, lime leaves, bell pepper and zucchini. If you’re a bona-fide fire eater, go for the “Thai hot.” Even my Kim, whose tolerance for heat extends only as far as Pace Picante Sauce, found the merely “hot” to be rather tepid.

Thank goodness for mangoes being “in season” because that means we can have mangoes with sticky rice, our very favorite Thai dessert. Made with steamed glutinous rice (that sometimes clumps) mixed with coconut milk and topped with mango slices, it is an addictive dessert—even if you don’t eat it the traditional way. That would be, rolling the rice with your fingers and scooping up mango slices, a rather messy way to eat anything. Hot Pink’s version is a wonderful way to finish a very satisfying meal.

While most men may not like the color pink in our fashion ensemble, most of us will like the Hot Pink Thai Cuisine restaurant…especially if when we dial up the heat level.