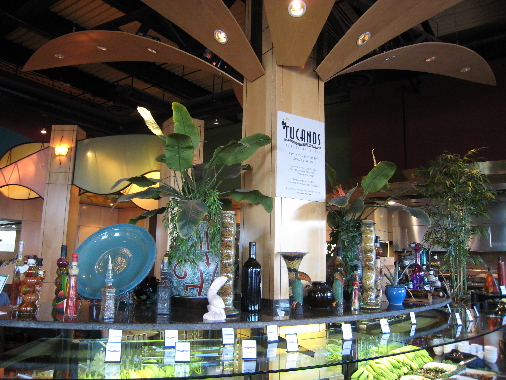 Many New Mexico born Hispanics of my generation grew up watching not only American “shoot ’em up” Westerns featuring rugged cowboys, rowdy rustlers, round-ups and home on the range, but the Mexican equivalent–movies featuring the exploits of charros, the traditional cowboys of central and northern Mexico. My friends and I could only dream about overcoming marauding Indians, desperate rustlers and flooding rivers as we drove our cattle to the stockyards in Abilene just like our white hat wearing heroes.

It’s conceivable that in Brazil, cinematic exploits glamorized the equivalent to America’s cowboy–the gaucho, a South American cattle herder who tended his herds on the rich, verdant pampas. For generations the pampas is where the very best cattle herds in Brazil have been raised.  Like American cowboys, gauchos had their version of the chuckwagon of the old West in which horses pulled a mobile kitchen from which they were fed during roundups…and similar to cowboys, gauchos became adept at preparing meals over an open fire.  Gaucho rotisseries are renown for the delicious preparation of beef.

The gaucho style of grilling, called churrasco (roughly the Portuguese equivalent of “barbecue”), is today celebrated from Rio de Janeiro to Albuquerque in Brazilian steakhouses called Churrascarias. In modern Churrascarias, an entertaining and filling “rodizio” style buffet and service are provided.  Servers come to your table with a skewer on which are speared several kinds of meat.  Almost all rodizio courses are served sizzling right off that skewer and are sliced and plated right onto your table.

Accommodating servers bring one meat after another until you say “nao obrigado”–no, thank you.  Not literally.  Each table includes a wooden “cue” which tells your servers where you stand.  The green side indicates you want more selections brought to your table while the red side of the cue indicates you’re done.

In 2000, Albuquerque matriculated to the Churrascaria dining craze when Tucanos opened its spacious restaurant on the corner of Central and First (the only other Tucanos restaurant in America can be found in Provo, Utah).  Tucanos churrasco includes assorted breads, fried bananas, an unlimited salad festival and all churrasco offerings.  The salad festival is fresh and abundant with hot and cold items that include stroganoff, mashed potatoes, black beans and rice and various fruits.

Tucanos churrasco features an assortment of beef, poultry and pork selections sure to please any carnivore.  Other selections include a daily seafood (Frutos do Mar) offering; legumes, seasonal grilled vegetables and grilled pineapple (Abacaxi) which is used as a palate cleanser in between portions.  If memory serves me, for the dinner version of the churrasco, seventeen different items are brought to your table. Not every selection will have you singing the praises of this restaurant.  It’s been our experience that some of the beef sirloin courses tend to be served on the rare side (if you can’t stand the sight of blood, you might not want it dripping onto your plate from a skewer).  Other courses are in dire need of desalinization.

There are some selections that have absolutely captivated us–the linguica (a lightly spiced Brazilian sausage), the tender (a fresh ham served with pineapple) and some of the barbecue and teriyaki flavored meats are absolutely delicious.  Top off your meal with a Brazilian lemonade–lime and lemon juices prepared with condensed milk to give you a liquefied “key lime pie” sensation.

Surprisingly, Tucanos charges almost exactly half what you would pay for a similar meal in Las Vegas and while there was an expected degradation in food quality, Tucanos is formidable in its own right.  It’s only in service where Tucanos is sometimes lacking.  The meat carvers are typically Johnny-on-the-spot, however, on busy days, you practically have to chase down the wait staff for drink refills.

Adjacent to the downtown’s Century theater, this restaurant will pack them in for years.