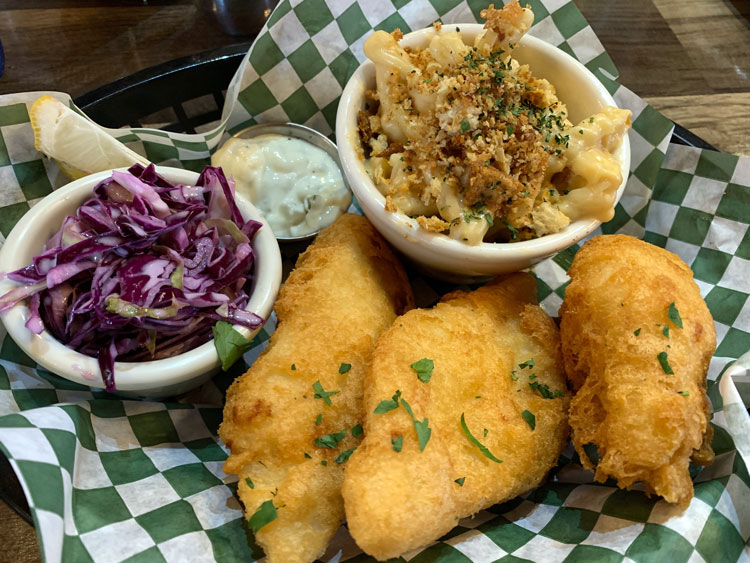 Even though New Mexico’s license plates have been graced with the sobriquet “Land of Enchantment” since 1941, it didn’t become the state’s official nickname until 1999. For much longer than that, the more derisive epithet “Land of Entrapment” has also been in use. In 1955, the New Mexico Motor Club began using it because state highway police were perceived as being overly “aggressive and deceptive” in ticketing motorists. That infamous Land of Entrapment nickname is sadly still in use, primarily by malcontents and miscreants who wouldn’t recognize enchantment if it gave them 280 days of sunshine a year.

Those of us with unbridled state pride prefer to think that New Mexico enrapts you with its enchantment; it doesn’t entrap you. For us, New Mexico truly is the Land of Enraptment…er, Enchantment. No matter the length of time away, every time we set foot back in the Land of Enchantment, we just “get it” the same way we got it the first time we stepped onto its enchanted soil.  Perhaps more accurately, New Mexico gets to us. It weaves its preternatural spell and stirs something deeply in those of us open enough to its calling. English writer D. H. Lawrence said it best, “In the magnificent fierce morning of New Mexico one sprang awake, a new part of the soul woke up suddenly, and the old world gave way to a new.”

Jerry Miller gets it. Back in 2003, he had expected to spend only a night in Albuquerque visiting a friend before returning home to Chicago. The very next day, he partnered on the purchase of a 20,000 square-foot warehouse on 1.5 acres of land. Jerry didn’t say whether it was “enchantment” that got to him or a potentially lucrative business opportunity, but he’s very happy to be here. Initially their vision was to develop the warehouse into a live-work condominium space. To help pay the mortgage while plans for the condo conversion were being developed, several rooms within the warehouse were turned into artist workshops. Quickly discerning the demand for inexpensive work spaces, Jerry and his partners shelved the condo project.

Today “The Factory on 5th” has more than thirty rental studio work spaces ranging in size from 130 square-feet to 1,000 square-feet, three large gallery spaces and as of January, 2018, one of the most exciting and eye-catching restaurants in the Duke City. That restaurant, the aptly named The Kosmos got its start as a multi-use performance space and coffee bar.  Once neighborhood breweries began garnering attention, the entrepreneurial Jerry decided to repurpose the space. Today, the restaurant has a reciprocal arrangement with nearby breweries. Kosmos delivers food to them (three times a week to the Bow & Arrow) and they supply the local beers on tap.

While other restaurants may purport to serve edible art, Kosmos surrounds diners with art. You’ll espy whimsy at every turn— yellow and blue towers resembling oil derricks or windmill platforms, bicycles winding their way up a pipe spiraling heavenward, shoes mechanically going through a perambulating motion under the patio…and that’s even before you set foot in the actual restaurant. At the terminus of a ramp just beyond the entrance sits a dog-friendly patio where a well-practiced grill holds court. Weather permitting, a garage door opens up from the patio into the restaurant.

Step into the restaurant and the space does indeed have a cosmic theme, but it’s also rather eclectic and altogether capricious. A metal sculptor in a previous life, Jerry called it a do-it-yourself project, one he and partner David Cudney not only conceptualized but for which they did much of the work. Twinkling stars backdrop a river rock bar with more sparkling stars on its countertop. Bill also built the unique tap system which connects to a keg storage compartment he repurposed from a walk-in fridge once used for worms.  Multi-hued walls festooned by art give you something to ogle everywhere you turn while a television with a vertical orientation entertains you with a billowy bulbous clouds floating in a cerulean sky.

Jerry’s talents extend far beyond his entrepreneurial and artistic bent. He also conceptualized and designed the restaurant’s signature burger, the Kosmic burger. It took four months of trial and error on the aforementioned patio grill before he was satisfied with the results. The ground beef for the burger comes from Keller Farm Store where it is custom-ground to Jerry’s exacting specifications then specially formed in-house on a device he created. Each one-third pound burger is seared until crispy on the outside and is served with lettuce, tomato, onion and house-made pickles on the side.  The buns come from The Swiss Alps Bakery.  They hold up very well against the moistness of a very large burger.   You can customize your burger with your choice of cheese (Cheddar, American, Blue or Swiss) and other toppings such as grilled onions, mushrooms and green chile.

9 January 2019: Jerry recommended several items on the menu, but obviously takes the most pride in ownership for the Kosmic burger whose name, by the way, he trademarked.  My inaugural, but certainly not my last Kosmic burger was dressed with grilled onions, blue cheese and green chile.  It’s absolutely magnificent! Searing the beef patty over high heat sealed in its juices so that even though the burger was probably prepared at medium to medium well, it was moist and juicy.  The chef was very generous with the chunky, veiny blue cheese which is melt-in-your-mouth delicious.  The grilled onions are translucent and soft with a sweet flavor profile.  They contrast nicely with the green chile which has a balance of roasted flavor and piquancy.  You’ll love the housemade pickles, too.  They’re equal parts savoryy savory, sweet and sour like cucumbers grown up and self-actualized.

11 January 2019: Two days after having been rendered starstruck by the Kosmic burger, I returned to The Kosmos with my friend Bill Resnik.  Bill, much more of a burger purist than your humble blogger, has grown weary of burgers stacked with everything but the kitchen sink, especially when sweet and savory components are mixed.  It made him very happy to customize The Meateor with only a few ingredients: blue cheese and mushrooms.  True to its name, the Meateor is meatier.  Our server told us only one diner had ever been able to finish it. No wonder!  It’s a full two-thirds of a pound behemoth on two juicy beef patties.  For Bill, it was love at first bite.  He praised the earthiness and freshness of the mushrooms, the sharp intensity of the blue cheese and the general deliciousness of every single bite.  By the way, he became the second diner at The Kosmos to polish off the Meateor.

11 January 2019: He also made quick work of the Spudniks, one of the three types of fries on the menu.  Spudniks resemble a cross between potato wedges and French fries.  Boomerang shaped and thick, they’re the 98-pound bully to regular fries–both in terms of flavor and size.  They’re even better when dipped into The Kosmos’ signature green chile aioli–so good it may make you forget all about ketchup.  Had I known just how good the Spudniks with green chile aioli are, I might not have ordered the side sized mac and cheese (garden rotini with a three cheese Bechamel sauce).  Then again, mac and cheese this good is a rarity in Albuquerque.  In fact, it’s one of the top five mac and cheeses in town.  Trust me.

11 January 2019: Another rarity is ordering fish and chips and substituting mac and cheese for the chips, an egregious act committed before I knew about the aforementioned Spudniks.  Even sans chips, this is a terrific dish: three thick planks of tender cod dredged in a house beer batter and fried to a golden hue served with freshly shredded coleslaw.  The light, flaky, delicate fish is all fish without any of the residual “fishy” flavor or airiness.  Moreover, it’s delicious as well as a great repository for malt vinegar, the way we’ve enjoyed fish and chips since living in England.  The purple cabbage coleslaw is also quite good.

If you’re not in the mood for a conventional burger, you can also have a veggie burger or a pork tenderloin sandwich. The “Meals” section of the menu features such items as a 12-ounce rib eye, mac and cheese and Afghan rice. Both the mac and cheese and Afghan rice are also available in smaller sizes on the sides menu. A Caesar salad and house salad are also available as entrees or in smaller portions as sides. If you have any appetite left (portions are enormous), desserts would tempt Job.

17 April 2019: Ross and Rachel from Friends. Big and Carrie from Sex and the City. Derek and Meredith from Grey’s Anatomy. It took these famous television couples several seasons (a decade in the case of Ross and Rachel) to finally…inevitably get together. In comparison, it took only two years for your friendly neighborhood blogger to meet for lunch with Sarita, a long-time contributor to the blog of great photographs and thoughtful comments. Both her photographs and comments should have alerted me that we’d hit it off right away. Sarita is a delightful person with a smile so radiant it parts the clouds (both in the troposphere and metaphorically) and lets the sun in. She’s fun, engaging and witty. Moreover, she’s a very adventurous diner and terrific lunch companion.

For our inaugural lunch, Sarita chose Kosmos because “it looks like a fun place and the food looks amazing,” both great reasons to visit a restaurant. As all first-timers to Kosmos should do, she had the Kosmic burger with a side of spudniks and green chile aioli. My choice was the steak sandwich (marinated, grilled steak sliced thin and topped with chimichurri sauce on a toasted bun). Relatively new on the menu, it’s a sandwich that should stick around for a while, just on the strength of the chimichurri, a neon-green sauce constructed from fresh herbs (parsley and oregano) combined with garlic and other seasonings in an olive oil and vinegar base. Anyone thinking about moving to Argentina because of its great chimichurri now has another reason to stay in Albuquerque. This is seriously outstanding chimichurri. Our server talked me into adding grilled onions to the steak sandwich. Great call. The pairing of sweet, translucent onions and tangy-savory chimichurri is magical. The grilled steak was very good, too, but made so much better with those additions.

Astronomer Carl Sagan described the cosmos as “all that is or ever was or ever will be.”  Within the confines of The Kosmos, you’ll certainly appreciate the stellar, spectacular place in those cosmos which just happens to serve great food.