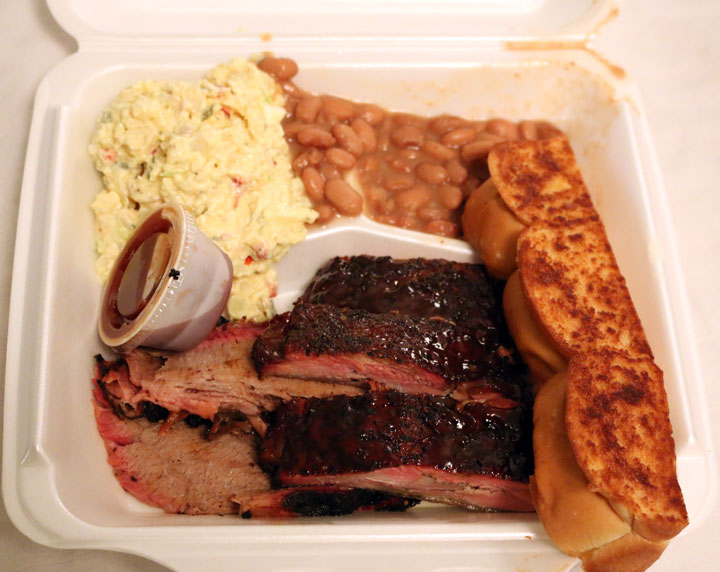 For some reason, national print and online publications and even the Food Network can’t seem to fathom that the Land of Enchantment has outstanding cuisine outside the shining pinnacles of Santa Fe and Albuquerque. To some extent the media may be justified in perceiving the City Different and Duke City as offering the quintessence of what makes New Mexico a culinary Mecca. Obviously, Santa Fe and Albuquerque enthrall hungry visitors armed with voracious appetites (especially for our incendiary red and green chile), but to discount the cuisine at other cities throughout our diverse state is just plain lazy. Santa Fe and Albuquerque do not have exclusivity when it comes to extraordinary restaurants and cuisine. Phenomenal eateries and cuisine can be found throughout the Land of Enchantment.

When it comes to naming New Mexico’s best restaurants and best cuisine, the mantra embraced by national media seems to be “round up the usual suspects.” Invariably, a short list of “anointed” restaurants from Santa Fe and Albuquerque is repeated ad-nauseam whenever a “best this” or “best that” list is compiled. The list of anointed restaurants is short, exclusive and predictable. It’s hard to break into the list if a restaurant isn’t from Santa Fe or Albuquerque. If you need further proof, read Gil’s Thrilling (And Filling) Year in Food, where each and every month you’ll learn of more well-deserved accolades being accorded to a restaurant in Santa Fe or Albuquerque.

Credit Dan Gentile of Thrillist for actually doing his homework and reaching out to local experts across the fruited plain to compile a list of where the best barbecue in each state is to be found. The local expert for the Land of Enchantment, in this case, was a blogger of some repute who goes by the handle “nmgastronome.” When Dan approached me, it would have been easy to declare some bastion of bodacious barbecue in Santa Fe or Albuquerque as our state’s very best, but that would have been falling into the trap of singling out only restaurants in the anointed cities. Besides, doing so would have been disingenuous. The very best barbecue my Kim and I have experienced in the Land of Enchantment comes from Danny’s Place in Carlsbad. I built a pretty good case for Thrillist which declared Danny’s Place as serving New Mexico’s best barbecue for 2015 and 2016.

Here’s what Dan had to say about the best barbecue in the Land of Enchantment: “If you want to know about New Mexican cuisine, you talk to Gil Garduño. The verbose restaurant reviewer who can’t write his own name in under 100 words said the best in show was a toss-up between Danny’s and Sparky’s, but Danny’s partially gets our nod because of the gall involved in tearing up a Dairy Queen franchise agreement when they wouldn’t let him add his own smoked meats to the menu. Forty years later, Danny’s now retired, but his son Tim is running the show and still cranking out the smoked meats that put the rest of the state to shame.”

You’ve got to admit a highly regarded barbecue restaurant which got its start as a Dairy Queen is a pretty good story. Danny’s Place is so much more than a good story. If, however, you insist on categorizing it as a story, it would be a tale of a bold independent spirit bolstered in his righteous quest by a small community which believed in his product. The protagonist of our story is Danny Gaulden, a maverick and hero to many in the barbecue community. On August 1, 1975, Danny launched Carlsbad’s sole Dairy Queen, but because his true passion and calling was barbecue, he incorporated low-and-slow meats into the menu. Danny’s barbecue wasn’t advertised in any form of the local menu or anywhere outside the restaurant. Nonetheless, word quickly got around far-and-wide as to where to find the best barbecue in New Mexico.

To say Dairy Queen was unhappy about the maverick owner who served outstanding barbecue is an understatement. Even though Danny had one of the original franchise contracts with Dairy Queen and was thus permitted to sell barbecue, corporate bureaucrats were duly upset when they had to field requests from other franchisees to diversify their own menus. Danny fought the good fight, but in February, 2004, he decided to strike out as an independent barbecue restaurant owner. He tore up his agreement with Dairy Queen and has never looked back. Danny’s Place is one of the most popular eateries in Southeastern New Mexico. Competitive barbecue chefs from across the fruited plain pilgrimage to this legendary establishment. Though Danny has retired, he left his legacy in the hands of his son Tim.

It goes without saying that there is no vestige of Dairy Queen at Danny’s Place. Walls are adorned with country kitchen bric-a-brac. You can study those kitchen accoutrements later. The fragrant bouquets emanating from the kitchen will command your immediate attention and maybe a napkin or two to wipe the salivation on your chin. Meats are slow cooked over sweet hardwood on a 100% wood-fired pit. All dinners–one, two or three meats–are served with rolls, pinto beans and your choice of one side with pickles and onions on request. Sandwiches are also available as are such “special dinner plates” as the “Flip Plate” (Danny’s invention over 30 years ago and a local favorite… a flour tortilla buttered and fried on the grill and filled with a hamburger patty, two cheese slices, green chile, onions, and salsa.)

10 March 2017: A two meat barbecue platter will sate even the most ravenous diners. Make one of those meats brisket. It’s Texas quality–replete with flavor and lightly smoked with no residual bitterness. A pinkish smoke ring around the brisket marries well with a nice bit of bark on the outside edge. Texturally, the brisket is tender with a perfect amount of “stretch” to it. Another excellent meat option is Danny’s St. Louis cut pork ribs, four meaty bones with sauce practically lacquered on. The meat pulls off the bones easily and needs no additional sauce. The sauce, by the way, is fabulous–vinegar-based with a pronounced sweetness and a piquancy that sneaks up on you. The potato salad has sweet notes, too. It’s memorable!

10 March 2017: Even better than the two meat dinner is the three meat dinner. The pulled pork is blessed with a dry rub comprised of salt, pepper and other spices rubbed liberally on the pork. Both the ham and turkey are sliced thinly and are imbued with a light smoke. As with all of Danny’s meats, absolutely no sauce is needed though that sauce is so good you’ll want to drink it up. Worthy accompaniment to the three meats is the coleslaw, a sweet-tangy mound light on creaminess but big on flavor and crispness. Also terrific is the fried okra.

9 March 2018: Aside from reading about it on Gil’s Thrilling…how do you know there’s greatness in a restaurant? For me, much of it has to do with memorability, how well a restaurant’s dishes are remembered over time. My taste buds seem to be imbued with a memory for recalling the flavors they’ve enjoyed most. For almost exactly a year, my taste buds beckoned for a return visit to Danny’s and more of that sensational brisket. One day shy of a year later, my taste buds confirmed what they rediscovered–that Danny’s brisket is the best in the state, some of the best in the country. This time the brisket was piled on between golden-hued buns about five-inches around. Light saucing ensured my enjoyment would be concentrated on the smokiness of the brisket. Caramelized around the edges, the brisket is tender, moist and absolutely an annual tradition we can wrap our taste buds around.

9 March 2018: For my Kim, only a pulled pork sandwich would do. She fell in love with pulled pork during our frequent forays to barbecue joints in the Deep South. Danny’s Place prepares pulled pork (too much alliteration?) as well as many of our favorite restaurants in Dixie. The pulled pork is much more heavily sauced than the brisket is, but Danny’s sauce is so balanced and delicious that you can drink it. Each tender tendril of pork is impregnated with a light smokiness. Each is cloud-like in its texture. Each is absolutely delicious, a pulled pork sandwich that exemplifies porcine perfection.

8 March 2018: If you’ve ever seen the Travel Channel’s food programs, you know the focus tends to be on mighty excess (humongous portions) and strange eats. Though no longer in the latter category, deep-fried Twinkies are hardly mainstream. They’re common fare at state fairs (no pun intended) and you’ll find them at Danny’s Place. My Kim had never tried tried them…and after her inaugural experience, isn’t likely to try them again. Not surprisingly she enjoyed the fried dough (reminiscent of a donut) much more than she did the cloying filling.

Whether or not the national media will ever acknowledge culinary greatness in New Mexico exists outside of Santa Fe and Albuquerque, Danny’s Place is in rarefied air as not only New Mexico’s very best barbecue restaurant, but one of the best in the country.