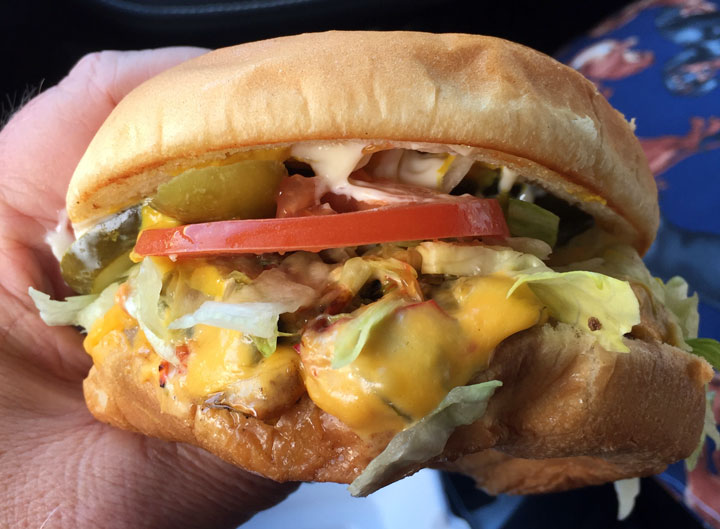 During a March, 2012 trip to Roswell, New Mexico President Barack Obama made the following opening remarks to his speech. “We had landed in Roswell. I announced to people when I landed that I had come in peace. (Laughter) Let me tell you – there are more nine and ten year old boys around the country when I meet them – they ask me, “Have you been to Roswell and is it true what they say? And I tell them, ‘If I told you I would have to kill you.’ So their eyes get all big…so…we’re going to keep our secrets here.” To many, his comment was just an innocent joke, but to passionate conspiracy theorists, Obama’s remarks were further proof of a government cover-up of the extraterrestrial crash landing which supposedly occurred outside Roswell in 1947.

Ufologists like to point out that in the seventy years since that extraterrestrial crash, there has been a quantum leap in technology, a leap unprecedented in all human history. Believers will tell you humankind had help in making those advances and that the help came in the form of technology found in the downed alien spacecraft recovered in a pasture northwest of Roswell. Among the advances borrowed or developed from recovered alien craft are night-vision goggles, lasers, fiber optics and chips. Through reverse engineering, scientists also significant advances in weaponry and military aircraft. Ufologists have even coined the term “Roswellian” to describe technology so advanced that it must have been derived from the reverse engineering of crashed or captured alien spacecraft.

One advancement for which the “Roswell incident” isn’t given sufficient credit is the improvement of burgers. Locals will tell you the burgers in Roswell have made a quantum leap in deliciousness over the past few years. They don’t necessarily credit little green men for imparting advanced burger grilling techniques, but with all the saucer-eyed alien statues in front of several local restaurants, you have to wonder. For skeptics who accept truth only if presented with quantitative data, consider that in both 2016 and 2017, Chef Toddzilla’s Mobile Cuisine, a purveyor of gourmet burgers nonpareil, was named Food Truck Burger of the Year. That’s not just best food truck burger in Roswell. That’s best food truck burger across the fruited plain.

Chef Toddzilla isn’t the sole Roswell burger emporium to achieve national acclaim. In 2014, TripAdvisor, a travel review site scoured through millions of user reviews and comments to compile their list of the 10 best burger joints in the U.S. Two bastions of behemoth burgers from the Land of Enchantment made the list. Placing third was Sparky’s in Hatch which is fronted by iconic fiberglass and concrete statues, some of whom have an alien appearance. The other New Mexico eatery on the hallowed list was Big D’s Downtown Dive in Roswell which placed eighth. TripAdvisor noted: In the Land of Enchantment, owner and chef, Don Nason, uses garden fresh ingredients to grill up burgers that are out of this world.”

National and state recognition are nothing new for Big D’s. In 2013, the kitschy eatery was featured on Rand McNally’s 2013 “best of the road” which showcases America’s Most Beautiful, Most Fun, Friendliest, Most Patriotic and Best for Food small towns. Rand McNally raved “The owner promises that “nothing we make comes from a tin can or sits months on end on a shelf somewhere,” the first indication that this casual, down-home burger joint is a good bet.” Big D’s was one of twenty-six restaurants highlighted in the March-April, 2017 edition of New Mexico Journey, the magazine for AAA members. In the cover story, “Cheap Eats,” a guide, or “sampler platter” through some of the state’s “wallet-friendly eateries,” Big D’s cheesesteak sandwich and turkey cordon bleu burger were given high marks.

Located in the heart of downtown Roswell just a few blocks north of the International UFO Museum and Research Center, Big D’s is well worth a detour whether you measure distance in miles or parsecs. You might visit Roswell to look for alien life, but you’ll come back for Big D’s menu. Before you get to the menu, you’ll encounter one of the most fun and funky, cool and kitschy ambiances in the Land of Enchantment. The ambiance is automotive garage meets diner. The tailgate of a Chevrolet truck hangs on one wall, hub caps on another and the counter prefacing the kitchen is festooned in license plates. Motorists will enjoy perusing the maps under glass on each table, but not as much as they’ll enjoy studying the menu.

It’s a menu which makes it immediately obvious it was designed by an inventive chef. Snacks, what other restaurants might call appetizers, aren’t de rigueur standards. They include crab cakes, stuffed avocados, Southwest chicken wontons and more. The Soup and Greens section of the menu lists several tempting items such as a Hard Apple salad (aged Cheddar cheese, honey-roasted peanuts, arugula, gala apples, craisins and a peanut cider dressing). Specialties include the aforementioned turkey cordon bleu as well as a number of sandwiches. It’s the “Burger Machine” page to which my eyes quickly gravitated. There are eight burgers on the menu, including a breakfast burger (about as rare in these parts as a UFO crash landing). “Happy Endings” is what Big D’s calls its desserts.

10 March 2017: Though all seven “snacks” would tempt Job, we opted for the Thanksgiving Fries (sweet potato fries, sweet whiskey butter, cinnamon and pecan smoked bacon). My Kim called them the best fries she’s ever had. She got no argument from me. The combination of savory and sweet elements in perfect proportion to each other is an absolute winner. So is the pecan-smoked bacon which picks up just a bit of sweetness from the sweet whiskey butter and cinnamon while retaining smoky-salty properties. Every single fry is drizzled with both as if someone in the kitchen had meticulously applied them. Almost exactly one year from our introduction to these terrific tubers, we returned to the Downtown Dive to see if the magic could be recreated. If anything, the Thanksgiving fries were even better the second time around. These truly are fries for which you’ll be giving thanks.

10 March 2017: Two burgers are adorned with autumn roast green chile, usually a magnet for this green chile cheeseburger aficionado. Not this time courtesy of the “Big Kahuna” (teriyaki-glazed grilled pineapple, Spam, white cheese and cilantro with a spicy jalapeño dressing). Constructed from six-ounces of freshly ground chuck seasoned and served medium well, it’s a terrific burger with flavor components that seemingly come at your taste buds from all sides. It’s a burger with complementary elements befitting its name. Several weeks ago, the President of Iceland president of Iceland casually joked that pizza topped with pineapple should be outlawed, an absurdity which set off a debate of international (and viral) proportions. The President of Iceland might be the only person who wouldn’t enjoy this burger.

10 March 2017: Rather than ordering one of the burgers, my Kim opted for a Gyro (marinated lamb, tomato, red onions, roasted garlic tzaziki on pita). The marinated lamb isn’t shaved from a vertical broiler on a spit as some gyros tend to be. Instead, the lamb more closely resembles finely cut shawarma meat. It’s a very moist and very well seasoned lamb that’s enlivened by the roasted garlic tzaziki. With enough garlic to ward off a family of vampires and the pleasant flavors of yogurt, dill and cucumber, the sauce is quite good.

9 March 2018: Any of us from the northern half of the state who believe our green chile cheeseburgers are the be all and end all, the apotheosis of burger perfection should take an occasional trek way down south where such restaurants as Alamogordo’s Rockin’ BZ Burgers, Hatch’s Sparky’s and Roswell’s Big D’s Downtown Dive prove themselves every bit as good, if not better, than their northern counterparts. Big D’s rendition, The Green (autumn-roasted green chile, yellow cheese, lettuce, tomatoes, mustard and pickled cucumbers) is superb, one of the five or six very best burgers in New Mexico. It’s a “takes two hands to handle” behemoth with flavors as large as the six-ounce fresh ground chuck beef patty. Two elements stand out. Not surprisingly, one is the autumn-roasted green chile which has a wonderful roasted flavor and a nice bite. The other is the pickled cucumbers which are several orders of magnitude better than bottled pickles.

9 March 2018: My good friend, the late and much-missed Ruben had one complaint about Cuban sandwiches. Most of them, he complained, were smooshed down in panini presses which seemed to impart a sandpaper-like quality to the bread that tore into the roof of his mouth. He would have loved Big D’s Cuban (pulled Pork, smoked ham, white cheese, pickled cucumber, stone-ground mustard dressing on a hoagie roll). This Cuban isn’t prepared on a panini press. The hoagie roll is soft and tender. Moreover, this is a sandwich you’ll never describe as parsimonious in its portions. There’s a ton of roast beef, sheets of ham, lots of cheese and whoa, those pickled cucumbers are among the best we’ve ever had.

If another alien craft crash lands in the Roswell area, there’s a good chance its GPS (galactic positioning system) missed its target–Big D’s Downtown Dive. It’ where all savvy diners from throughout the solar system and beyond should dine when in the Roswell area.