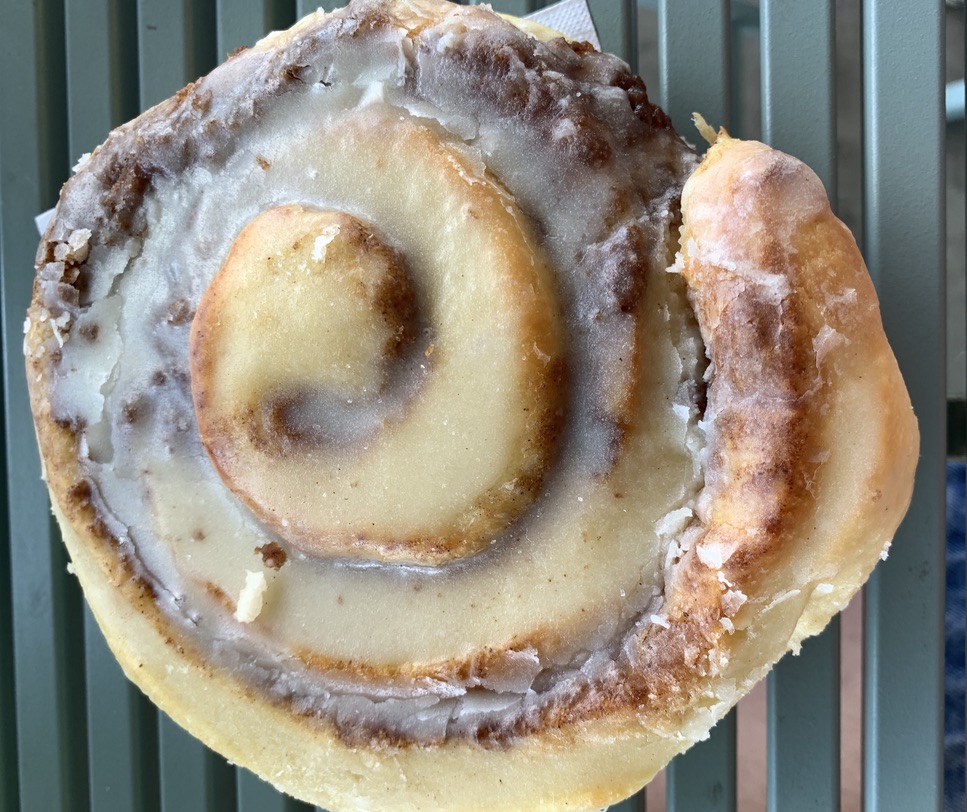 While most people speak with fond nostalgia about their first ride on a double-decker bus, the memories of our inaugural trip are tinged with horror that traumatizes us to this day. As with most visitors making their first excursion to London, we wanted to take in all the sights with the best vantage point you can have. That meant sitting on the top deck of a double-decker. These bi-level behemoths ride higher than almost everything else on the road save for those noisy articulated lorries ( what we Yanks call semi-trailer trucks). Despite the congestion that typifies London’s streets, double-deckers provide spectacular, mostly unobstructed views of the city.

Though we arrived early to ensure we got seats on the coveted top deck, a couple dozen early birds got there earlier. As we climbed the stairs to our lofty perch, the portly fellow in front of us “let ‘er rip,” emitting the most noxious effluvia imaginable. Our eyes began to water as we coughed and sputtered at the malodorous “silent but deadly” emanation. Surely this odoriferous rank was equal to or more potent than the sulfuric gates of Hell. Congestion at the top slowed our ascent and heightened our suffering. Then, to our horror and dismay, the only available seats were behind the mephitic miscreant who continued his “assault from the rear.” As if to prolong our distress, an accident snarled traffic. When we finally disembarked—at the very first stop—we thanked God for our delivery from our putrid purgatory.

When I excitedly told my Kim about Bristol Doughnut Co., a new donut shop in the Duke City which proffers “probably the best donuts in Albuquerque” (according to ever reliable Howie “The Duke of Duke City” Kaibel, the charismatic Albuquerque Community Manager for Yelp), she reminded me of the torment we suffered in London. It then dawned on me that the double-decker on which our torturous ordeal (death might have been preferable) occurred sported the Bristol name. Surely we thought, Bristol the double-decker manufacturer has absolutely no relation to Bristol the purveyor of peerless donuts. We were half right.

At the time of our first visit, Bristol was ensconced within The Spur Line Supply Company just past Mama’s Minerals in the burgeoning Sawmill District. When we asked “why the name Bristol,” we were told that a bona fide Bristol Double-Decker bus was being readied for selling donuts. Can there be a better idea than donuts coming to the masses instead of the masses having to go to the donuts?  At its unique location within the Spur Line, the Bristol Doughnut Co. displayed its featured fare in a very distinct manner. Donuts were displayed behind what was once the back window of a vintage automobile which has was cut in half. It was akin to a super-sized sneeze guard.

A limited number of donuts were available on any given day, not always the same kind. We ordered four of the six kinds available on the date of our inaugural visit and absolutely loved every single one of them. Bristol donuts are certainly among the very best of breed.  Still, the Spur Line was usually out of the way for us and as is oft said, out of sight is out of mind.  We were happy to learn that in January, 2019, Bristol Doughnut Co. began to operate out of its Bristol double-decker bus from the parking lot of the former Disco Display House on Central Avenue (walking distance from my office at the University).  Later in the year when Bristol Doughnut moved to a far northeast heights address on Comanche just west of Morris, we were equally happy as its new location is just a few blocks from our dentist.  Don’t tell Dr. Ham that as soon as we’re done with our teeth-cleaning, we’re headed to Bristol Doughnut which now has a physical brick-and-mortar address in addition to the double-decker.

3 December 2017: My Kim tends to judge the worthiness of a donut shop by the quality of its cinnamon rolls. As with almost all cinnamon rolls, she contends Bristol’s could have used a bit more cinnamon, but considering the general deliciousness of these dense, doughy spirals, it’s a nit. A light sugary glaze practically begs for the sheen of melted butter, a sweet and savory complement she enjoys. Maple bacon donuts have become as common as fake news, but Bristol’s version is better than any we’ve previously enjoyed. The complementary flavors of sweet maple and salty bacon are in perfect proportion to one another. Perhaps that’s because the bacon is in bits not strips. Of seasonal significance is an egg nog donut which might just have you pining for its liquid counterpart. Then there’s the salted butter donuts which stand out because the light glaze allows you to easily discern and thoroughly enjoy the salted butter. They go together very well.

27 June 2020: Five minutes after our dental appointment with Albuquerque’s very best dentist, we were parked in front of Bristol Doughnut Co.  Two minutes later, one of the two outdoor tables on the porch came free which meant our debonair, doughnut-loving dachshund The Dude could enjoy one of his favorite sweet indulgences al fresco instead of in our truck.  The double-decker, which still operates on occasion, is parked just beyond the shop.  Best of all, Bristol Doughnut has expanded its menu, now offering fifteen doughnuts as well as coffee, chocolate and strawberry milk and other beverages which go well with doughnuts.

With an expanded menu, you’re sure to find something…many things to love.  Among them is the bomboloni, described by the Baking Fairy as “irresistibly light and delicious Italian doughnuts that are fried, coated in granulated sugar, and traditionally stuffed with pastry cream.”  Bristol’s version is filled with a housemade watermelon-lime jam, a combination (described on Bristol’s Facebook page as “sweet watermelon and fresh squished limes cooked down to perfection“) you don’t encounter very often.  The jam inherits the best qualities of both–the refreshing sweetness of watermelon and the floral tartness of a lime.  The combination works well with the granulated sugar brioche doughnut.  Even better was the cinnamon apple fritter, a handmade apple fritter topped with a cinnamon glaze.  The sweetness of the cinnamon glaze accentuates the tartness of the apples.  Cinnamon and apples are a combination that continues to inspire and delight.

11 July 2020: Mention the term “brûlée” and the image conjured up will probably be of a custard dessert topped with sugar that’s been caramelized with a small butane torch.  That’s the noun version of the term.  There’s also a verb usage for brûlée which means “to caramelize sugar on the surface of a dessert (such as the famous and very popular crème brûlée).”  I ordered the grapefruit brûlée expecting the former and happily enjoyed a version of the latter.   The grapefruit brûlée is an old fashioned cake doughnut topped with a vanilla grapefruit glaze and crunchy brûléed sugar.  It’s a very interesting, highly delicious doughnut, but you might find yourself missing (maybe just a little) the lip-pursing qualities of grapefruit.

11 July 2020: The sole savory offering on the menu is a gigantic green chile Cheddar roll (green chile and Cheddar rolled into brioche dough).  It’s shaped like a spiral galaxy and is nearly as large.  The named ingredients (green chile and Cheddar) aren’t just applied in a token fashion.  This is a very cheesy roll in which the flavor and piquancy of roasted green chile is pretty prominent.   While very good on its own, we contemplated possibilities such as cup and char pepperoni and pizza sauce.

Bristol Doughnuts are so good we’d risk another trip on a double-decker bus. They’re the best in Albuquerque!