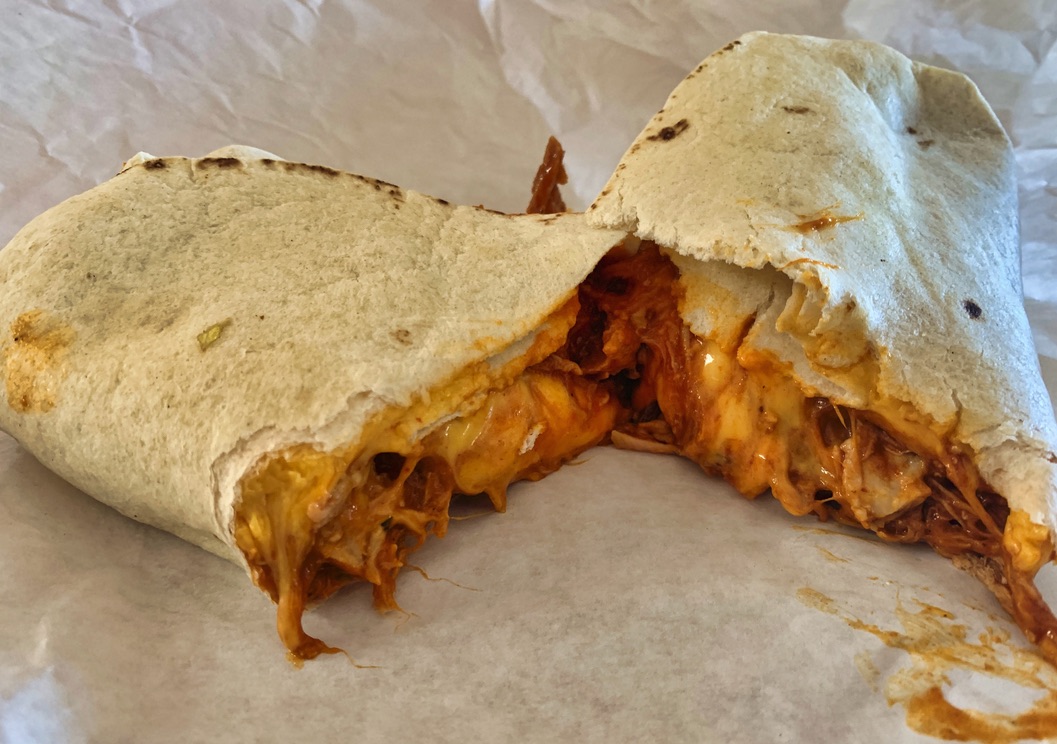 In a 2015 episode of Food Network Star competition, Lenny “The Cowboy Chef” McNab committed a serious culinary faux pas that brought about a serious rebuke from one of the celebrity judges.  During the “Cutthroat Kitchen” heat when contestants were asked to make a breakfast plate, Lenny used masa (corn flour) to make what he called sopaipillas.  Judge Bobby Flay took one bite of the “sopaipilla,” found the corn meal disk inedible and spit it out.  He then proceeded to give the Cowboy Chef an “if looks could kill” stare over having presenting the tainted tortillas as sopaipillas.  Flay was undoubtedly wondering if the Cowboy Chef was really from New York City…as in  “New York City!  Git a rope.

An acknowledged expert on the cuisine of the great Southwest, Flay explained that a sopaipilla is a pillowy fried bread.  Misconceptions about the sopaipilla are definitely not solely the purview of the Cowboy Chef.  When The Daily Meal named the sopaipilla “the most iconic dessert” in the state of Arizona, they noted “Sometimes referred to as the Navajo taco, sopaipillais the correct name for the fried bread invented by the indigenous Navajo Indians, and the treat was voted the state dish of Arizona in a 1995 poll conducted by the Arizona Republic newspaper.”  Only the Cowboy Chef would buy that narrative!

Every self-respecting New Mexico could have told The Daily Meal that the sopaipilla and Navajo taco are not synonymous.  And while all credible sources agree that the Navajo invented fry bread, no authoritative source exists which credits the Diné with having invented sopaipillas.  Wikipedia, in fact, credits the origin of the term “sopaipilla” to crypto-Jews who “first settled in New Mexico  and laid the foundation for the unique dialect of New Mexican Spanish.”  Now, that’s the origin of the term “sopaipilla.”  Not the actual fry bread.  Just the term.

The New Mexico Department of Cultural Affairs believes “sopaipillas are likely the North American descendant of the olive oil fried dough called sopaipas today in the Andalusian city of Cordoba in southern Spain.”  The Department’s website indicates “perhaps the presence of sopaipillas in New Mexico is a gastronomic confirmation for an equally likely diaspora of Moors to New Mexico, similarly fleeing the inquisition, as the ones to introduce their fritter friendly cultural roots into the colonial Southwest” and that “the later transmission of fry bread into a traditional food of Native Americans in the region appears to be an adaptation of their Hispano neighbors sopaipillas as well as being indicative of the commodities of lard and flour made available to Native Americans as a result of American government forced interments in places such as Bosque Redondo.”

While the provenance of sopaipillas–both the term and the fry bread itself–sounds as much theoretical as factual, there are irrefutable facts about the piping hot, hollow pillows of fried dough New Mexicans enjoy with sweet amber honey.  One fact is that as much as denizens of the Land of Enchantment would like to believe sopaipillas are exclusive to our great state, sopaipillas have cut a broad swath across the fruited plain.  Our easternmost neighbor even recognized the sopaipilla as the “Official State Pastry of Texas” for 2003 through 2005.

Another incontrovertible fact is that the sopaipilla is one of the most versatile culinary canvasses upon which to create deliciousness.  Perhaps no restaurant has exploited those capabilities in more diverse and delightful ways than Stufys Restaurant, serving the Duke City since 1968.  Stufys menu offers some fourteen different stuffed sopaipillas, each prepared to order using local ingredients.  Among the fourteen are three all day breakfast offerings while another (the Stufy #5) is a dessert.  You can also order “plain sopaipillas” which the menu describes as “one big or two small, depending on our day.”

Stufys isn’t solely about sopaipillas.  Its New Mexican food menu is one of the most comprehensive in the city.  In addition to the aforementioned sopaipillas offerings, you’ll find such traditional edible enchantment as breakfast burritos, huevos rancheros, tacos, taquitos, enchiladas, tamales, tostadas, rellenos, burritos, burgers, dinner plates, desserts and even…salads.  You’re sure to find something to love.  A greater surprise than the sheer number of available options is the “cheap eats” prices.  It’s a retro-priced menu that’ll take you back decades when burgers didn’t cost as much as your mortgage.

Among the options available on the a la carte menu are tacos: ground beef and hot sauce or shredded chicken and green chile.  The fried corn envelope in which each taco is created also houses cheese, lettuce and tomato.  The taco shells are pliable and chewy so they don’t fall apart.  Alas, neither the hot sauce on the ground beef taco nor the green chile on the shredded chicken taco distinguish themselves in terms of heat.  In fact, until we inspected the tacos more closely, we wondered if they had been omitted.  That’s entirely regrettable considering the generous portion of each protein.  The shredded chicken, in particular, is moist and delicious.

Lack of piquancy is certainly not an issue for the gorilla burger (double meat, double green chile, double cheese, onion, lettuce and tomato), a beefy behemoth made from a full half-pound of beef.  It’s served with a large order of crinkled fries and for good measure, small containers of red and green chile on the side.  Bursting beyond the confines of two hapless buns, this is a multi-napkin affair sure to find itself onto your wardrobe.  You can’t pick it up without a quarter bushel of green chile spilling onto your hands.  This is one of the biggest green chile cheeseburgers in the Land of Enchantment and it’s value priced ($7.80 as of July, 2020) among the cheapest.

Among the many Stufys surprises is the carne adovada burrito.  My Kim prefers carne adovada unadorned so the accommodating staff omitted the refried beans and home fried potatoes leaving tender tendrils of shredded pork marinated in a lustrous red chile and melted Cheddar cheese sheathed in a thin flour tortilla.  This handheld treasure is served a la carte, but without much prodding you can ask for it to be served as a dinner plate with Spanish rice and refried beans.  There are five other burritos on the menu: chicharron, shredded chicken, ground beef, combination and refried beans.

There are seven desserts on the menu including sopaipillas three ways: Stufy #5 (apple pie filling, cheese and powdered sugar), sugar sopas (powdered sugar or cinnamon sugar) and plain sopaipillas (one big or two small, depending on our day) served with honey the way New Mexicans love them.  During our inaugural visit together, the only sopaipilla my Kim and I actually ordered was the Stufy #5, a sweet delight I remember having had several decades ago.  In 2017, Gastro Obscura chronicled “the long, storied controversy over cheese on apple pie,” noting that “some love it, some hate it and some don’t know what it is.”  Count me among those who love it so it stands to reason the Stufy #5 would be a huge hit with me.  One nit, however…it could have used even more cheese.

Once my Kim espies natillas on the menu, she’s not going to read any further.  Stufys natillas (Spanish pudding made with vanilla and cinnamon) are sweet, rich and lightly dusted with cinnamon.  For my Kim, the description “lightly dusted” may as well read “inedible” until she can add even more cinnamon.  She likes enough cinnamon to make me sneeze.  That’s just how she “enhanced” it once we got home.  However you like them, Stufys natillas are very enjoyable.

After more than five decades in the Duke City, Stufys continues to create new memories as it wins over new customers.  For those of us who have grown up with Stufys, each visit reminds us what we’ve always loves about this New Mexican favorite.