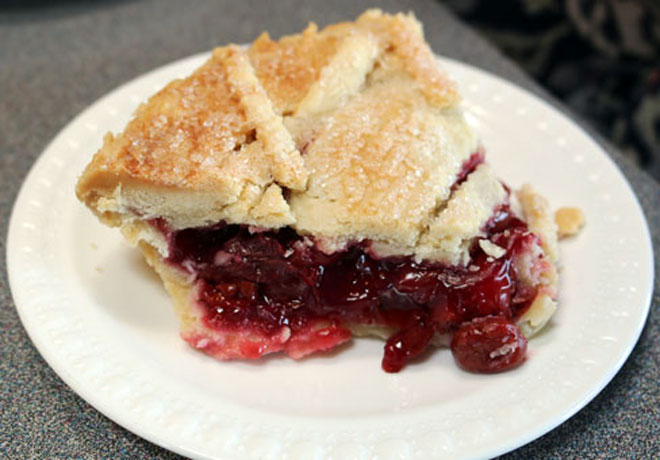 Back in the mid 70s, anyone in Albuquerque’s southeast quadrant who wanted privacy knew they could find it at the Burger Chef restaurant in the Gibson and San Mateo area. It was the place seemingly designated for undisturbed break-ups (this was in the dark ages before texting and email were the preferred mediums for breaking-up). Once a burgeoning franchise second only to McDonald’s in the fast food arena, Burger Chef was in a state of rapid decline and even during lunch hours, few diners patronized it.

Our inaugural dining experience at Savory Fare rekindled memories of a long-ago visit to Burger Chef when I was one of only two diners in the whole place and one of us was soon-to-be on the receiving side of bad news (the “Dear Gil” kind). While cavalcades of cars were driving up for their Egg McBorings and whatever breakfast banality Burger King offers, my Kim and I were–for nearly twenty minutes–the only diners at Savory Fare. Though I was fairly certain my bride of thirty years wasn’t breaking up with me, I wondered why this cafe-bakery wasn’t overflowing with patrons. Surely the savory fare for which the restaurant is named wasn’t as uninspired as Burger Chef’s forgettable food.

For sheer visual appeal, very few restaurants in Albuquerque rival Savory Fare where gloriously arrayed behind glass pastry cases are some of the most sumptuous creations you’ll find anywhere: lavish pastries, captivating cakes, photogenic pies, enticing eclairs and so much more (be still, my heart). Surely all this edible art would have the same Pavlovian effect on other discerning diners as it did on us. Moreover, Savory Fare is immaculate, as spotless as a hospital operating room while retaining an air of whimsy and fun. Unframed prints of anthropomorphic vegetables would bring a smile even to Scrooge’s craggy countenance.

Perhaps, we pondered, the menu doesn’t offer much beyond pulchritudinous pastries. After all, man and woman cannot live on cake and pie alone (though some of us would like to try). Savory Fare’s Web site lists only four items (breakfast torte, quiche Lorraine, breakfast burrito and an omelet), but we found out we could also order from a very intriguing cold sandwich menu as well as from soup and salad menus and a number of scrumptious daily specials. Take your time perusing the slate boards perched over the counter and by the door. For sheer volume and diversity, there’s something (maybe many things) there for everyone.

Crossing off deliciousness and diversity, we next ruminated on three things that are often the bane of many a restaurant: location, location and location. Savory Fare is ensconced within the Mossman Center on Montgomery and while the café doesn’t have a street-facing storefront, there’s plenty of parking and it’s easy to get to. There could be only one reason this gem wasn’t beset by throngs of hungry diners–my blogging brethren and I haven’t done our jobs well. We haven’t climbed onto our virtual rooftops and shouted out “bring your hungry masses yearning to eat well to Savory Fare.”

As if to confirm that self-serving contention, I went online and found only one review of the cafe from a credentialed source. My friend and fellow Souperbowl judge Gail Guengerich had written a glowing review of Savory Fare for The Alibi some eighteen months prior to my visit yet despite her persuasiveness, we didn’t drive over immediately (fearing we’d be subjected to long lines of hungry hordes).

Gail’s observations expanded on some of mine: “There’s a framed award on the wall of Savory Fare Café & Bakery that reads “Best Undiscovered Restaurant”—issued by Albuquerque The Magazine in the year 2006. That was seven years ago, and greater Albuquerque still hasn’t beaten a path to its door. Most people I talk to have never heard of Savory Fare, and it rarely receives any press. Strange, when you consider how elusive a good pastry case is in this town.”

21 May 2016: It brought me great comfort to read further that unlike breakfast “every lunch hour, the café is packed to the rafters.” That’s the way it should be and not just for lunch. Packed to the rafters is exactly what Savory Fare was during our second visit (which transpired at lunchtime on a Saturday). Perhaps that’s indicative of Albuquerque not being a breakfast or brunch town, but more than likely it just means we have to visit more frequently to know for sure.

Savory Fare is family-owned and operated, serving home-style food with attention to freshness, nutrition, taste and quality. Specials change daily with an emphasis on seasonal ingredients. Every evening, the cafe offers a freshly prepared take-home dinner as well as a selection of soups and deli salads for take-out. Then there’s that dessert case which probably has to be cleaned frequently to remove drool stains. There’s a lot to love about a cafe-bakery like this one!

1 August 2015: You’ll certainly love The Alexander (grilled ham, turkey, provolone, green chile and Dijonnaise on grilled sourdough), an archetypal sandwich unlike any we’ve had in Albuquerque. The green chile and dijonnaise combination has probably been attempted before, not not as memorably as at Savory Fare. It blends the piquancy and roasted deliciousness of green chile with Dijonnaise, a sharp Dijon mustard blended with creamy mayonnaise. It’s two types of heat coming together to create a cohesive flavor profile that will blow you away. The sourdough has a perceptible tang that makes it a perfect canvas for generously piled-on meats and cheese. The only way in which The Alexander is short-changed is its name. It really should be called “Alexander The Great!”

1 August 2015: We weren’t quite as enamored of the Chicken Apricot Salad Sandwich (diced chicken breast, apricots, walnuts, scallions, mayonnaise on whole wheat). That’s primarily because apricot and its musky, tart uniqueness wasn’t as prominent a presence on the sandwich as it should have been. Apricots are a difference-maker, the separation between merely very good and great. Without a strong apricot presence, this sandwich is still a very good chicken sandwich, but you can find those elsewhere.

21 May 2016: You probably wouldn’t order a green chile cheeseburger in New Orleans. There’s no telling what passes for green chile in the Crescent City. Similarly, most savvy diners wouldn’t order a muffaletta in Albuquerque. So what does that say about your humble blogger that every time a restaurant offers a muffaletta, it’s destined for our table? Perhaps it says is that I really miss muffalettas which we enjoyed for eight years during our time on the Mississippi Gulf Coast. Savory Fare’s rendition looks nothing like a traditional New Orleans muffaletta (some of which are roughly the size of the extraterrestrial craft which landed in Roswell a few decades ago). While a “real” muffaletta would kick sand in the face of this one, if it was called something else, it would be a more enjoyable sandwich. While the olive spread, meats, ,cheese and bread go very well together, this (to paraphrase Dan Quayle) is no muffaletta.

21 May 2016: The salad special of the day during our second visit was an ingredient-laden paragon of leafy green deliciousness. Picture if you will fresh spinach leaves, candied pecans, goat cheese, grilled chicken and tangy strawberries all drizzled with a raspberry vinaigrette. This salad is an exemplar of complementary flavor and texture profiles–from the pungent and sharp goat cheese to the tangy-sweet strawberries and the sweet-savory candied pecans. it’s a thoroughly enjoyable salad which should grace the daily menu. It’s too special to be solely an occasional special-of-the-day.

1 August 2015: It’s been a while since I’ve uncovered a great bread pudding to recommend to my friend Larry McGoldrick, the professor with the perspicacious palate. For years, Larry has scoured the Land of Enchantment for bread pudding worthy of inclusion into his Bread Pudding Hall of Fame. There’s a very good chance Savory Fare’s turtle bread pudding will make the list should Larry visit (there’s an invitation implied here, Larry). It’s an outstanding bread pudding with all the turtle elements sweet-toothed diners enjoy so much. That means plenty of warm, gooey caramel and meaty walnuts atop a texturally perfect bread pudding that would be delicious on its own.

1 August 2015: My friend and colleague Elaine Ascending and her husband recently celebrated his birthday with a sour cherry pie from Savory Fare. What a great wife and what an outstanding pie! It’s the antithesis of the cloying, filler-rich cherry pie you normally find at bakeries. True to their name, the cherries are indeed sour–not as lip-pursing as lemons, but certainly tangy and rife with personality. The crust enveloping the cherries is every bit as good as a high-quality bakery should aspire to. One slice isn’t enough, however. You’ll want to take a whole pie home with you.

Perhaps fate intervened in making sure we had Savory Fare all to ourselves during our inaugural visit. It allowed us to ask more questions of the staff, walk around and browse more closely and to savor each and every bite slowly of cafe-bakery fare even more savory than is implied by the establishment’s name.