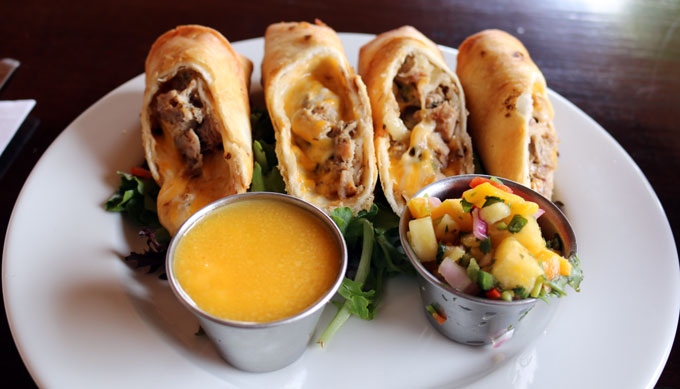 Widely reputed to have the most spectacular views in Santa Fe and boasting of four world-renowned museums, Museum Hill may be the only location where visitors are more in awe of the site’s breathtaking backdrop than they are of the contents of the magnificent repositories that house the area’s cultural and historical heritage. Set in an idyllic haven surrounded by panoramic views of hills dotted with dessert flora, colorful weather-worn mesas and verdured mountains, Museum Hill inspires awe and wonder. Whether bathed in clear, unobstructed cerulean skies or punctuated by ethereally wispy clouds painted red, yellow and orange by fiery sunsets, incomparable vistas surround you.

Perched on a hillside a scant two miles off the historic Santa Fe Trail, Museum Hill area is home to the Museum of Spanish Colonial Art, Museum of Indian Art and Culture, the Museum of International Folk Art and the Wheelwright Museum of the American Indian. A new addition, Santa Fe’s Botanical Garden sits across the street. Atop Museum Hill’s “upper deck” is the expansive Milner Plaza which houses two of the quadrumvirate of museums. The concrete plaza is surrounded by a beautifully manicured array of native grasses, sages and trees interspersed with stunning Native American sculptures.

Sandwiched between the Museum of Indian Arts and Culture and the Museum of International Folk Art is the Museum Hill Cafe. Weather-permitting, a seat on the cafe’s capacious patio will reward you with east-facing views that include not only the rolling hills backdropping the City Different, but famed architect John Gaw Meem’s Pueblo Revival Laboratory of Anthropology of the Museum of New Mexico and a towering sculpture depicting an Apache Mountain Spirit Dancer. Should you dine indoors, your west-facing views through large picture windows are of the Jemez Mountains. Both options present you with opportunities to enjoy some of the best views you’ll experience anywhere in the Land of Enchantment.

The Museum Hill Cafe has quite a challenge. Anything less than ambrosial cuisine worthy of its dramatic setting and diners will cast it aside as just fodder for a captive crowd. The Cafe is open for lunch six days a week (from 11AM through 3PM) and offers an extensive brunch menu on Sundays. With an eclectic menu showcasing a wide diversity of New Mexican, Asian, Mexican and American items, there’s something for everyone–and as author Anne Hillerman pointed out in her Albuquerque Journal review: “With its unmatched location, the Museum Hill Cafe could coast along with a less interesting menu or average food preparation. After all, thousands of visitors and locals cruise by each month. But, thankfully, the first-rate food here reflects the same commitment to quality you find in the museums and at the garden.”

The extensive menu is segmented into four sections: soups and starters, Museum Hill specialties, sandwiches and salads. If you’re thinking that’s pretty standard cafe fare, peruse a bit further into each section and you’ll see such inventive items as corn custard with a poblano sauce to start off your meal. Several satisfying bites later, the terminus of your dining experience could be any one of several housemade pies, including some (such as the pistachio cream pie) you won’t find just anywhere. In between bites, you’ll remain entranced by the arresting views surrounding you.

Almost artistic in their presentation are smoked duck flautas, a Museum Hill Cafe specialty. Three flour tortilla wedges filled with smoked duck confit and served with a mango dipping sauce are reminiscent of a similar offering at Albuquerque’s Zinc Wine Bar & Bistro. The duck is moist and flavorful with finely shredded tendrils nestled tightly into the folded tortilla. While the mango dipping sauce may have a texture and appearance similar to Gerber baby food, it provides a nice contrast to the savory flautas. Even better is a side of mango-pineapple salsa (finely chopped jalapeños, red peppers, red onion and cilantro) which has just enough punch (courtesy of the jalapeño) to titillate your tongue.

The curried lentil stew (slow-cooked green lentils, carrots, tomato, celery served with orzo, edamame and a sprinkling of feta cheese) had me at curry. Served in a swimming pool-sized bowl (easily portioned for two), this stew is a wonderful study in the way ingredients work together to form a flavorful composite that’s better than any of the ingredients by itself. The shredded feta in particular provides a sharp, tangy contrast to the sweet carrots while the orzo and green lentils meld to provide a dissimilarity in texture and flavor that goes very well together. My sole complaint and it’s a nit is that some of the qualities of curry, especially piquancy and pungency, aren’t more prominent.

You’ll want to save room for desserts which your server will ferry over to your table on a large tray. For the most part, dessert consists of pies made for the Cafe by an obvious practitioner of perfect pie-making. It’s an exercise in willpower to pass over such tempting treats as pecan pie and a strawberry-rhubarb pie, but as an adventurous epicure, it was the pistachio cream pie that ensnared my interest. When is the last time you had pistachio cream pie? If, like me, you answered “never,” that’s reason enough to try this masterpiece, a thick wedge topped with a fluffy cream topping sprinkled with chopped pecans. This pie isn’t overly sweet as some pies are apt to be and it definitely tastes more like real pistachios than like some artificial flavoring out of a box. Not since the avocado pie at Orlando’s in Taos has a sliver of pie intrigued me quite as much.

A visit to the Museum Hill Cafe is an experience not only in visual stimulation, but in making challenging decisions–where to sit, what to order, which museum to visit next and more. These are the type of decisions visitors will enjoy.