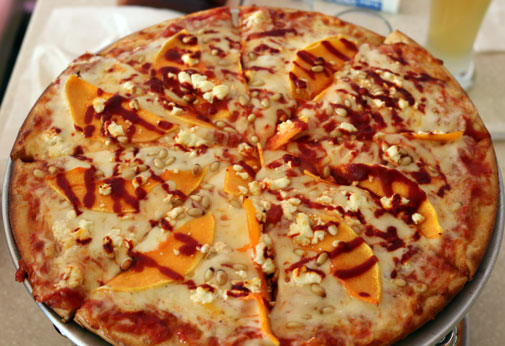 When the Air Force notified me I was being reassigned to Royal Air Force (RAF) Fairford, friends who had been stationed in England warned me, “you can forget all about your favorite sports for three years. Instead of football, basketball and baseball, the only “sports” televised in England are snooker, darts and soccer.” “Snooker?,” I asked. “Isn’t that a mushy term of endearment similar to darling?” “No,” one responded, “that’s snookums. Snooker is a type of billiards game, but not nearly as exciting.” “Darts?” “Yep, there are competitive darts leagues all over England and their matches are televised.” “Well, at least soccer has been called the beautiful game, so I’ll probably become a soccer fan,” I retorted.

To paraphrase Rodney Dangerfield, I went to a fight and a soccer game broke out. My live introduction to the beautiful game may actually have demonstrated the fluidity and constancy of motion for which soccer is known. There probably were displays of physics-defying, ball-bending skills brilliantly executed by lithe athletes. Perhaps there were even exhibitions of raw, naked power. I missed it all. Back then, when you attended a “football” game in England, you risked life and limb. Soccer hooligans were the scourge of Europe. Frenzied, fanatical, alcohol-fueled fans chanted themselves into a lather with every ebb and flow of the game. Fights and verbal altercations broke out all around me. My virgin ears had never heard such swearing. It was like attending an Oakland Raiders game. By the end of the first period, I had had enough.

Years later, watching my nieces Kaleigh, Alexandra and Paige handle a soccer ball as deftly with either foot as I might with my dominant right hand, showed me that soccer is a very nuanced game requiring tremendous skill, coordination and grace. (It also taught me that soccer moms can be nearly as “passionate” as English soccer fans, but that’s a story for another time.) Watching dominant defender (Jim Millington look-alike) Omar Gonzalez prowl the pitch like a majestic eagle and turning defense into offense for the American World Cup team taught me soccer is all about the team (contrary to the me-first approach of professional basketball). Soccer, I learned at mid-life, is indeed a beautiful game!

In January, 2012, the International Indoor Soccer Arena opened its doors in a new building off the south frontage road of Paseo del Norte between Edith and Jefferson. The arena hosts six adult leagues, a youth league, high school league, four Lil’ Kickers seasons, as well as camps, fitness and skill programs. A child development program for children 18 months to 9 years-old ensures the rudiments of the beautiful game are imparted to children during their formative years. Within the confines of the arena is PK’s Restaurant & Bar which to date has no Yelp reviews despite being open since October, 2015, but is a rollicking gathering place for soccer (and pizza) aficionados. A dog-friendly south-facing patio is available for those of us who like to dine with our four-legged fur babies.

PK’s Web site is pretty clear about the restaurant’s approach to food: “The PK’s staff worked tirelessly to provide food and drink with high quality ingredients, avoiding poisonous foods with high fructose corn syrup, partially hydrogenated oils, and that are genetically modified. We believe our ingredient choices lead to better tasting food and drinks.” The menu was conceived by Gabe Nosseir and his wife Angie, a holistic and integrative dietitian. A small breakfast menu gives way at lunch to a number of gourmet pizzas, all of which are available gluten-free and non-genetically modified organisms. Pizzas are available in seven- and nine-inch sizes and can be enjoyed battered and baked with your choice of toppings stuffed inside and a crispy crust outside.

Our young server, an aspiring young chef told us in all sincerity that he likes PK’s pizzas more than the greasy pizzas offered by many of the local pizza purveyors. Is there any better critic of pizza than teenagers, especially one with tremendous pride in the product? Moreover, he would be preparing the pizzas himself so it behooved him to be honest. He spoke so highly of the battered and baked stuffed pizzas that my Kim just had to have one. Instead of the usual bread dough pizza crust, pita pockets form the crispy outside shell into which ingredients are stuffed. Kim’s choices were chicken, garlic, caramelized onion and mozzarella. Considering one of the pizza’s innards was chicken (which tends to desiccate when baked), it was a good pizza with just enough cheese and sauce. Garlic and oregano influences were evident throughout, too.

My choice was a more traditional “Hat Trick,” a meat-lover’s pizza with pepperoni, sausage, ham, marinara sauce and mozzarella. It didn’t dawn on me until later that green chile was one of the dozen veggie toppings available for a pittance each. A true thin-crust pizza with all the characteristics of thin-crusted pies, it was crispy and stiff. You can hold each slice from its cornicione, the Italian term for the “lip” or puffy outer edge of the pizza and the tapered edge won’t flop down. Nor is it possible to fold a slice vertically as New Yorkers are apt to do. If you like a classic thin-crust pie, this one will make you happy. Toppings are generously proportioned. It’s a good pie!

Our favorite “pie” was a dessert offering called “The Keeper,” a soccer term for the goaltender. While the menu describes it as “pizza crust topped with agave, berries and granola,” our young chef talked us into trying an alternative he invented, a dessert pie he ensured us would remind us of apple pie. Agave nectar is drizzled on the crust which is topped with apple slices, granola and a sprinkling of cinnamon. A side bowl with thinly sliced apples, pineapple chunks and whipped cream accompanied The Keeper. This is a dessert for which we’ll go out of our way to have again. It did indeed remind us of a very good, very fresh apple pie.

When playing the beautiful game makes you hungry, PK’s Restaurant will sate your hunger with good food prepared with high quality and family-safe ingredients.