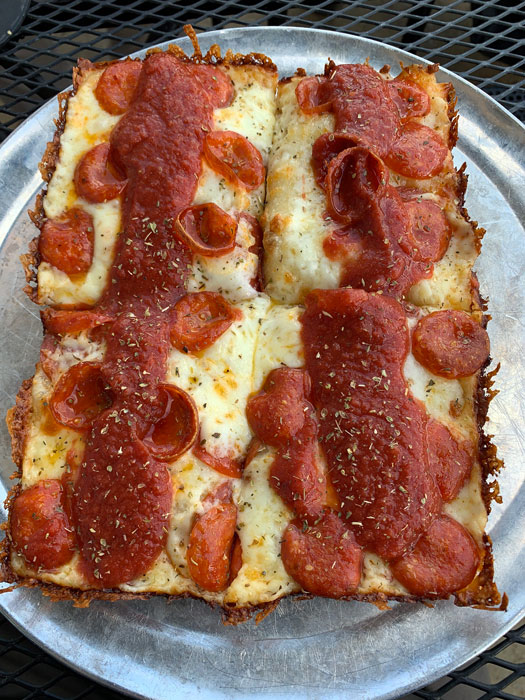 It’s oft been said that among males (we’re such children), insults are a form of intimacy.  Perhaps because of societal expectations, many men aren’t comfortable expressing affection toward other males in physically demonstrative ways (even in the Age of Oprah).  In his book A Slap in the Face: Why Insults Hurt – and Why They Shouldn’t, philosophy professor William Irvine contends “the closer the friend, the more teasing there is.”  If the sheer volume of insults is equal to how highly we esteem other men, Jim, my former boss at Intel was esteemed highly indeed.

Because Jim was a pretty good guy (and because he was the boss), it was hard (and maybe career-limiting) to attack him on a personal level.  Instead, we teased him mercilessly about his resolute loyalty toward his hometown football team–the hapless, hopeless and helpless Detroit Lions, one of only four NFL teams (the Browns, Jaguars, Lions and Texans are the others) never to reach the Superbowl.  Unlike the bandwagon jumpers who support a team only when it’s winning, Jim never gave up on his beloved Lions.  Privately we all thought it exhibited a masochistic tendency.

By extension, we also insulted all things Detroit–its decline from industrial giant to decaying rust belt city, the largest municipal bankruptcy in the history of the United States, the racial divisiveness and corruption of its politics and even its iconic square pizza.  The only Detroit-style pizza of which we knew at the time came from Little Caesar’s so naturally we plied him with “Hail Caesar” cracks, especially when discussing where to go for lunch.  It’s pretty telling that even Jim disavowed Little Caesar’s pizza.  Pride in one’s hometown apparently only goes so far.

After visiting Via 313 in Austin, I believe I owe Jim an apology…at least as far as pizza is concerned (the Lions still stink).  Via 313’s Detroit-style pizza is everything his Lions are not.  Via 313 is very much a winner, earning recognition from Eater as one of the “38 essential restaurants in Austin” for 2018.  It earned a perfect five-star-rating from Austin Food Magazine and was ranked 43rd (from among some 2,300 restaurants) in Austin360 Eats compilation of the best restaurants in Austin for 2018.

Perhaps more impressive than the accolades themselves is the fact that they were earned by an interloper, an outsider from beyond the sacred borders of Texas.  Texans probably have more state pride than the denizens of any other state.  For Texans to so readily and enthusiastically embrace something not invented in Texas is probably best explained in this simple mantra: “I wasn’t born in Texas, but I got here as fast as I could.”  So while founders Uriah and Brandon Hunt are born and bred scions of Detroit, they brought with them the best of their hometown, Detroit-style pizza.

Detroit-style pizza is traditionally prepared in square blue steel pans originally used to hold nuts and bolts in the factories so prevalent in the Motor City’s industrial heritage.  (Our server even brought one of those pans to our table to appease this skeptic.)  Those pans are well oiled before the dough–about three-quarters to an inch thick–is added.  The dough is baked lightly before toppings are added then it’s baked a second time.  This results in a thick, chewy and airy crust with caramelized, well-done edges and a crispy bottom.  There is almost no char. Because it’s baked into a rectangular shape, every piece is a corner slice and because the crust is so crispy, it won’t get soggy.  Here’s betting you’ll eat every bit of that crust.

When tomato sauce is used, it’s typically ladled atop a sweet, mild Wisconsin brick cheese spread edge-to-edge to form a molten blanket over other ingredients.  Because the sauce is on top, it’s sometimes called an upside-down pizza.  At Via 313, pizzas are available in 8″ x 10″ and 10″ X 14″ squares.  Because of its thickness, there’s no way you can consider the 8″ X 10″ slab a personal-sized pie.  No matter how much you enjoy this unique pizza, you’ll definitely be taking some home with you. The menu offers both traditional and avant garde options.

To make it a true Detroit experience, we started with soft drinks which had their genesis in the Motor City–Vernor’s Ginger Ale, a Detroit classic since 1866 for my Kim and Faygo’s red cream soda for me.  At the risk of offending Texans everywhere, we both thought the red cream soda was as good as Big Red, a Texas staple since 1937.  Both were a great counterbalance for the acidity of the roasted artichoke appetizer (roasted artichokes, herbed goat cheese, marinara, baked and served with crostini) we shared. More than any marinara we’ve had in a long time, Via 313’s is acidic and low in sugar.  That’s not a bad thing.  Some tomatoes are grown to impart that flavor profile.  The marinara didn’t quite overwhelm the tangy, sour goat cheese or slightly bitter artichokes, but it made it tougher to discern those flavors.

It’s only fitting that my Kim would order a pizza named for her dad’s favorite car.  The Cadillac (Gorgonzola, fig preserves, Prosciutto di Parma, Parmesan, Balsamic gaze) is a pizza worthy of its appellation.  While those ingredients may sound like a “been there, done that” list, Via 313 just does them better–or maybe that thick, crispy crust just makes a better canvas. More than likely, it’s both.  This pizza is very well balanced with sweet and savory flavors competing for the rapt attention of your taste buds.  The sharp, salty, pungent Gorgonzola plays harmoniously with the concentrated sweetness of the fig preserves.  The salty prosciutto tempers the fruity sweetness of the Balsamic glaze.  It’s a magnificent pizza, one we’ll remember for a long time.

My choice was the Detroiter (smoked pepperoni under the cheese, natural casing pepperoni on top) a more conventional example of  Detroit-style pizza.  The tomato sauce is applied in a sort of Mohawk haircut pattern.  That is, right down the middle.  As with the marinara on the roasted artichoke appetizer, the sauce is very acidic, undoctored by sugar.  The natural casing pepperoni on top was very reminiscent of traditional Western New York (hi Becky) “cup and char” pepperoni.  A collagen casing allows pepperoni slices to “pop” into cups that hold natural juices and flavor, while the edges crisp to perfection.  There was plenty of pepperoni on this pie, all of it swoon-worthy.  The last pizza we’ve had that was this good was at Deming’s transformative Forghedaboudit, which showcases Buffalo-style pizza. That places this Detroit-style pie in rarefied air as one of the five best pizzas I’ve ever had!

If there’s one downer about Detroit-style pizza (at least at Via 313), it’s that it makes any dessert anticlimactic. How, after all, could your taste buds possibly hope enjoy anything after luxuriating in the flavors of a peerless pizza?  We tried.  The Beer & Pretzels (salted Stout ice cream layered with crushed pretzels, topped with whipped cream and smoked salt) might otherwise have earned our affections, but after that pizza…

Detroit-style pizza is for real!  It’s so good it rendered impotent some of my most potent insults.  Thank goodness I still have the Lions.