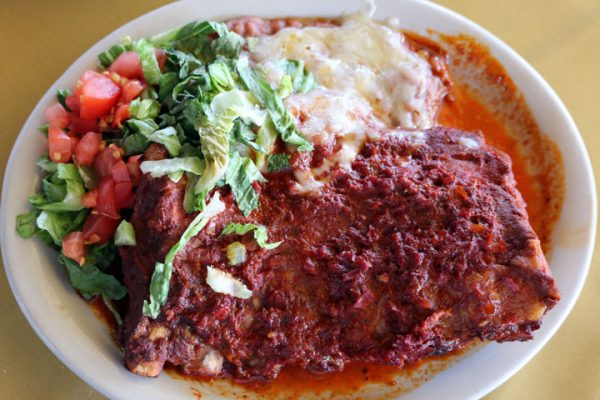 In his 1935 novel Tortilla Flat, John Steinbeck introduced the literary world to the downtrodden denizens of Tortilla Flat, an impoverished barrio on the shabby hillside just outside the respectable city of Monterey, California. The quirky inhabitants of the ramshackle community were a dichotomous lot–hedonistic drunks, adulterers and thieves on one hand; on the other, paisanos with surprisingly kind-hearts who asked nothing more from life than loyal friends and a little wine. Unlike their stodgy, orthodox counterparts in Monterey, the men of Tortilla Flat defied social mores, conventions and expectations. They rebuffed the notion of holding down steady employment or paying rent. They had no qualms about cadging for food or purloining it from neighbors or restaurants. The paisanos of Tortilla Flat were carnal beings, happiest when their appetites (food, drink, women, music) were sated. They cared nothing for accumulating material possessions or the responsibilities inherent with ownership.

Though Santa Fe’s touristy-artsy Plaza area and the city’s western fringes along Cerrillos are hardly Monterey and Tortilla Flats, there is a clear demarcation between the two, a distinctness that bespeaks of vast socioeconomic differences. My friend Carlos would argue that despite the gentrification of the Plaza area, the expansive west-side more accurately represents the “real” Santa Fe where real people—the locals–transact their daily commerce. Given his druthers as to where to spend his hard-earned dollars, he’ll take Santa Fe’s burgeoning west-side every time. He happily avoids the Plaza’s maddening crowds and eschews its anointed restaurants to partake of eateries which may not be as well-trafficked, but offer excellent food prepared and served from the heart. For years he’s been trying to get me to one of those restaurants, the quaintly named Tortilla Flats.

If there’s one similarity between Steinbeck’s magnus opus and the New Mexican restaurant on Cerrillos, it’s the kindness and joie d’ vivre of the bussers and servers. The glowing terms Steinbeck used to describe the paisanos of Tortilla Flat—“good people of laughter and kindness” could have been written about the people we encountered at Tortilla Flats. Even on an unseasonably hot July day, perfunctory pleasantries were more than warm and cordial. The perky woman bussing tables at the dog-friendly patio was very happy to hear my “como un nativo” (like a native) Spanish, but responded in English which she hopes to master so she could move up to waitress. Our server was similarly engaging, applauding our selections and admiring our debonair dachshund, The Dude.

Tortilla Flats has operated for more than three decades about halfway between the Plaza and the terminus of Cerrillos.  Its tag line–where the locals eat–seems to confirm Carlos’s contention.  It’s not just locals who appreciate Tortilla Flats, however.  Such print and online media powerhouses as Conde Naste, Sunset Magazine, Travel & Leisure, Money Magazine and Zagat have sung the praises of this popular restaurant, hence its “nationally acclaimed” boast.  As we circled a very crowded parking lot, we espied license plates from several states and not just those in close proximity to the Land of Enchantment.  The restaurant was packed, but because the noontime temperatures were already flirting with 95, we had the cozy patio all to ourselves.

Tortilla Flats has distinct Breakfast-Lunch and Dinner menus.  Breakfast is served daily until 5PM with specials every day of the week (including menudo on Saturday and Sunday when this popular hangover cure is most needed).  There are a number of vegetarian items, too.  As you peruse the menu, salsa and chips are ferried to your table.  They must have seen me coming because two portions of salsa flanked an uncommonly large amount of chips.  The jalapeño-based salsa has a pleasant piquancy with sweet tomatoey notes and a hint of fresh cilantro.  The chips are on the thin side, but still formidable enough to hold up against Gil-sized scoops.  Even with two portions of salsa, we (or more accurately, me) had to request another portion.  It’s no wonder salsa flows through my veins.

Despite all the red and green chile specialties, the menu item beckoning most seductively were the red chile pork ribs which the menu labeled as a “local favorite.”  For once in my life, it didn’t matter that the red chile was tinged with cumin, that foul despoiler of New Mexico’s chile.  I craved meaty, tender, moist and delicious pork ribs and that’s exactly what Tortilla Flats delivered: a half-rack with eight bones covered in pork and slathered in a sweet red chile sauce served with a side of smashed pinto beans under a blanket of molten cheese.  Despite my aversion to cumin, these ribs were so good no “choking them down” was necessary.  We extricated tender tendrils of moist pork from each bone, pausing only to wipe our chile-stained fingers.

My Kim also ordered an unconventional New Mexican dish, the green chile chop (an eight-ounce, bone-in, lean, center-cut pork chop smothered with green chile and topped with grilled tomatoes and onions).    The pork chop was easily half an inch thick, grilled and seasoned very well.  Still it was just a pork chop, not elevated until covered in a green chile with a sweet roasted flavor which reminds you that chile is actually a fruit.  There was plenty of it, too.  Instead of pinto or black beans, Kim asked for the posole, always a reliable choice.

Both our entrees were accompanied by our choice of a tortilla or sopaipilla.  Being smarter than her husband, my Kim asked for both.  The tortillas are on the thin side, but not tissue thin as some restaurants serve.  We used them as “New Mexican spoons,” fashioning them into scoop shapes into which we spooned beans and posole.  The sopaipilla is a puffy exemplar of its “sofa pillow” sobriquet.  Tear it open and wisps of steam waft upward toward your eager nostrils.  Alas, the sopaipilla is served with honey-flavored syrup as fake as the news.  This sopaipilla is worthy of real honey.

One of my favorite of Steinbeck’s quotes from Tortilla Flat posits that “The good story lay in half-told things which must be filled in out of the hearer’s own experience.”   Visit Tortilla Flats to create your own story of good food served by good people.