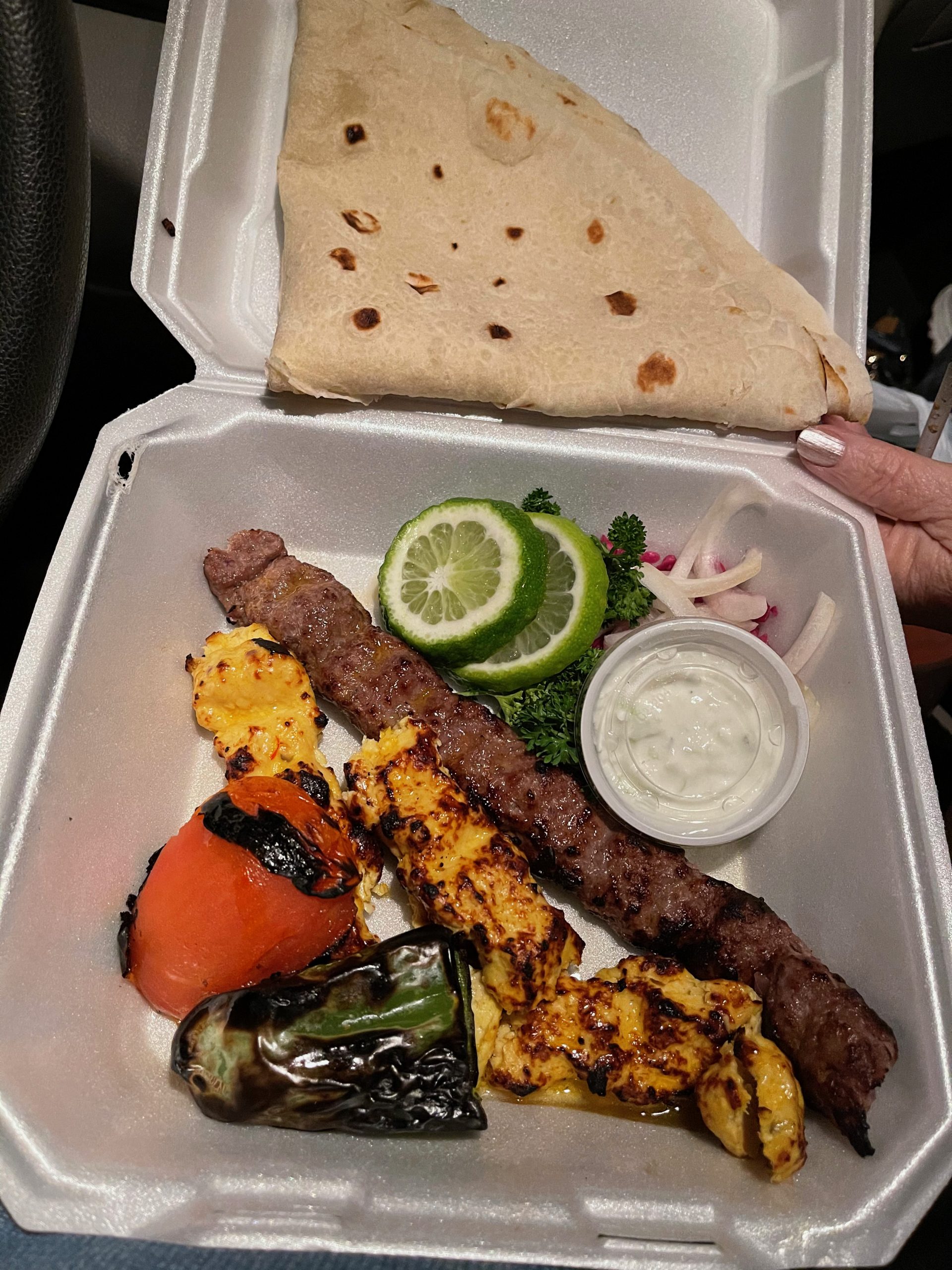 Unlike New York City, Albuquerque might not ever truly be mistaken for “a cultural melting pot.”  Though numerous ethnicities are scattered throughout the city’s 189.5 square miles, some of their culinary cultures are vastly underrepresented (if at all represented) among the city’s restaurants. Not even in the International District–where you might feel as if you’re jumping from continent to continent as you take in mutually incomprehensible languages–will you find restaurants representing some of the world’s great culinary cultures.  As we’ve espied people draped in the traditional attire of their homelands assiduously scouring Talin Market’s shelves, we’ve often contemplated the dearth of such restaurants.

For gastronomes, one of the pleasures of eating out is experiencing unfamiliar foods and new flavors.  We pride ourselves in being adventurous.  Often that venturesome spirit pays off with the discovery of a delicious new cuisine and frequent return visits to further explore the menu.  We’ve had the great fortune of exploring and enjoying many of the world’s most historically significant and delicious cuisines, but recognize there’s so much more out there to try.  Thomas Jefferson astutely pointed out that “If you want something you’ve never had, you must be willing to do something you’ve never done.”  Hopefully that doesn’t have to mean traveling away from the Land of Enchantment.

Among the culinary cultures we’ve yet to experience (at least in New Mexico) are South African, Scottish (McDonald’s doesn’t count), Swiss (unless living vicariously through my dear friend Becky Mercuri counts), Danish, Liberian and Kurdish.  Yes, I know the Kabob House on Wyoming proudly proffers Kurdish and Persian cuisines, but during our inaugural visit, we had to abide by mandated restrictions and opted instead for familiar take-out options.  When this “new normal” is blessedly and finally over, we’ll dine in and order Kurdish dishes exclusively.  I’ve got a lot of questions to ask.

Kurdish food shares some characteristics (and many dishes) with the cuisines of Turkey and other cultures which originated in the Fertile Crescent and Mediterranean, but having dined at Persian and Greek restaurants isn’t the same as having eaten uniquely Kurdish cuisine.  While the ancestral territories (Kurdistan) are now split between Turkey, Iraq, Iran, Syria and Armenia, linguistically and culturally, Kurdish are a distinct people–a people whose culinary culture is not only underrepresented in Albuquerque, but throughout the fruited plain.

The Kabob House was preceded in Albuquerque by the Saffron Cafe, one of the few restaurants in the United States offering Kurdish cuisine exclusively.  Recognizing an untapped market–five thousand Persian people live and work in the Albuquerque area–the restaurant added Persian dishes to the menu and changed its name to one familiar to American diners.  As a result of the concept and name change, the Kabob House quickly became one of the city’s most popular Middle Eastern restaurants.  Initially the Kabob House was located in a small, rather outdated space at the intersection of Cornell and Lead Avenue.  In February, 2020–about a month before the global pandemic–the Kabob House relocated to a modern, capacious space on Wyoming.

The Kabob House menu is replete with familiar items such as hummus, kabobs, falafel and baklava, but as we did, you’ll kick yourself if you don’t venture outside your Middle Eastern cuisine comfort zone to try some of the Kurdish specialties.  Because we had to mask up to place our order inside the restaurant then wait in our car for it to be filled, the aromas emanating from the kitchen weren’t readily noticeable.  Weeks after our visit, those aromas revisited and tantalized our olfactory senses every time we got into our car.  Forget air fresheners.  We want our car to smell like the well-seasoned and marinated kabobs prepared over an open fire.

Despite not having ordered dishes exclusively Kurdish, we were both very happy with our entrees.  My Kim’s beef kabob with bread were replete with the enticing flavors promised by the mouth-watering aromas which preceded them.  The beef kabobs are marinated and seasoned in a magical mixture which includes olive oil, onions and unique seasonings which make Middle Eastern cuisine so uniquely flavorful.  Individual pieces of beef are prepared over an open flame on a skewer which is removed before serving.  Every morsel of the beef is tender and delicious.  The “bread” served with the kebab is a Kurdish flat bread which resembles a thick tortilla.  Also on the plate (or Styrofoam box) are a yogurt sauce, grilled tomato and roasted green chile.

My choice was the mixed koobideh with bread.  Chicken koobideh is the poultry version of koobideh and one of the most popular street foods across the Middle East.  The chicken koobideh is imbued with notes of saffron and butter with spices that add a bit of heat.  It, too, is skewered and broiled over an open fire.  Mixed koobideh gives you an opportunity to enjoy two distinct proteins and savor what being prepared by a skill chef can create.  The roasted green chile didn’t have much piquancy, but it’s still New Mexico chile so it’s impossible not to enjoy.

Our next visit to the Kabob House will be akin to visiting a different restaurant as we’re committed to sampling only Kurdish cuisine.  We look forward to that gastronomically delightful experience.