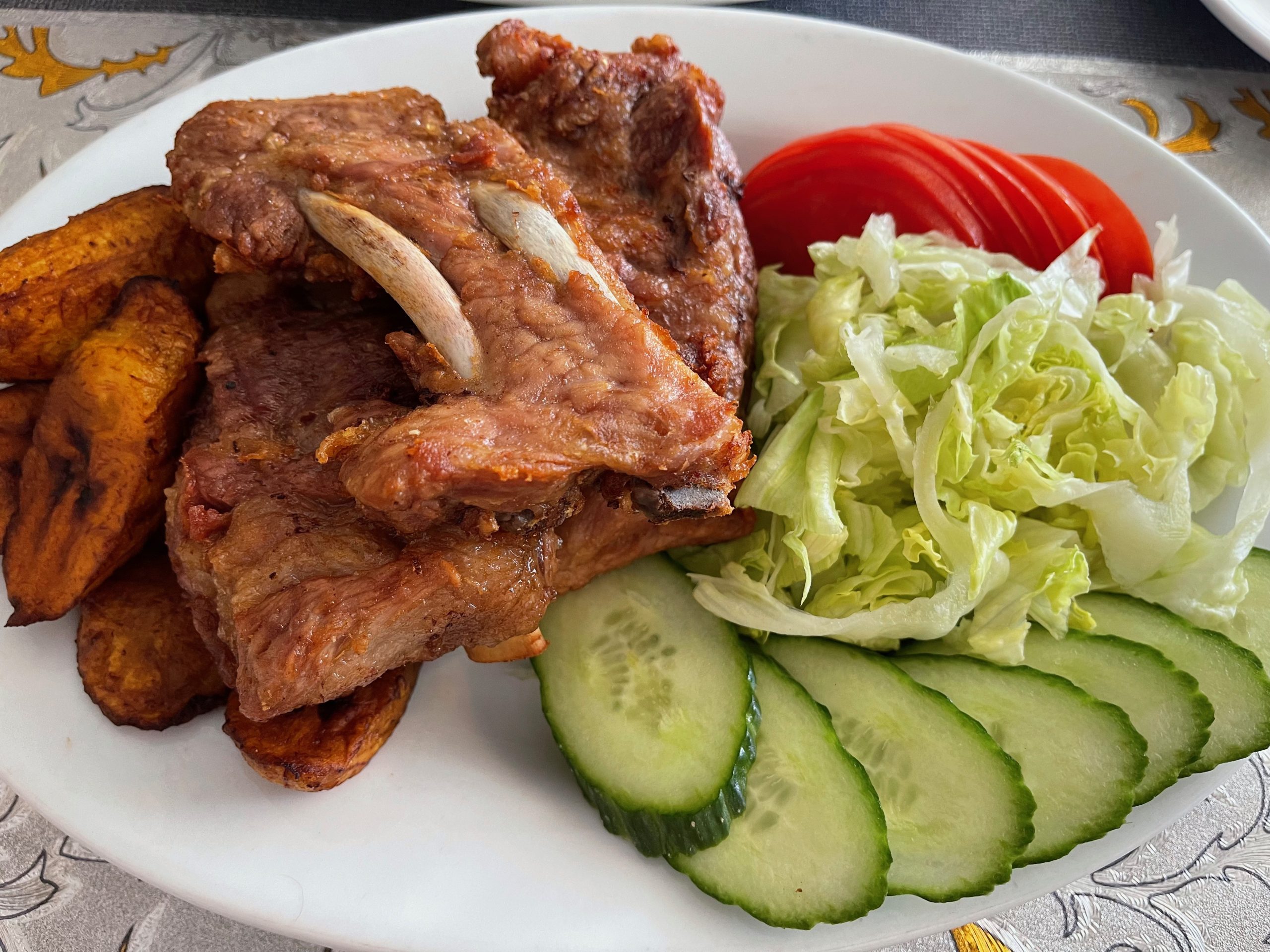 “Cuba has bread and pork, but not enough vegetables.
The food we were served was never warm enough.
Cuba is not a place for vegetarians, picky eaters, or the gluten free.”
~Elinor Robin, PhD

On 26 April 1954, CBS-TV aired the 93rd episode of I Love Lucy.  Watching the rerun decades later was essentially my introduction to Cuban food…sort of.  In the memorable episode Ricky decides to quit show business and open up a diner in which Cuban food would be the featured fare.  The Ricardos enter into a precarious partnership with their friends and neighbors Fred and Ethel Mertz.  Because Fred and Ethel have the diner savvy and Ricky has the name that brings in diners, unequal division of labor ensues.  Fred and Ethel are stuck behind the counter churning out and plating food while Ricky and Lucy run the front-of-the-house where they glad-hand with guests.  Ultimately Fred and Ethel weary of being treated like hired hands instead of partners and storm out.

Without the Mertzes know-how, the diner’s early success quickly dissipates.  Ricky continually confuses Lucy with incorrect diner jargon and Lucy messes up every order she gets.  The Mertzes return triumphantly to discover a completely empty diner.  When Ricky and Lucy refuse to agree to share the work, the fighting foursome decides to split the diner down the middle and see which couple brings in the most business.  Ricky and Lucy’s half retains the name “A Little Bit of Cuba” while Fred and Ethel’s half is sarcastically christened “A Big Hunk of America.”

Come to think of it, the only food I can recall being offered at Ricardo and Mertz restaurant was a hamburger and some cream pies (which predictably the Ricardos and Mertzes ended up tossing at one another).  Until discovering a Cuban restaurant outside of Boston some years later, I assumed Cuban food was the same as New Mexican food which was the same as Mexican food which was the same as Spanish food.  Obviously I didn’t equate the diversity of Latino American cuisine to breakfast tacos as a more enlightened public personality recently did.

Aside from the food, what I recall most about my first experience at a Cuban restaurant was that thematically it centered around vintage American automobiles, the type of which are surprisingly common in the Albuquerque area.  Memories of that first experience with Cuban cuisine flooded back when we visited Havana Restaurant at the Daskalos Shopping Center in Albuquerque.  Olfactory memories were triggered by the distinct and delicious aromas of fried pork.  Then there were custom car plates depicting those beautiful and surprisingly pristine vintage American automobiles.

According to anywhere.com, “American cars were imported into Cuba for about 50 years, beginning near the early 20th century. After the Cuban Revolution, the U.S. embargo was erected and Castro banned the importation of American cars and mechanical parts. That’s why Cuba is the way it is today—essentially a living museum for classic cars. The old American autos are often kept running with parts and pieces that were never intended for them.”  “These days, there are around 60,000 classic American cars in Cuba. Experts estimate that about half of these cars hail from the 1950s, while 25 percent are from the 1940s and another 25 percent are from the 1930s. The cars are often family heirlooms, passed down from generation to generation.”

There were no vintage automobiles parked in front of Havana Restaurant on the day of our inaugural visit.  Perhaps like us, the car owners arrived at the Daskalos Center and saw only a sign that read “Restaurant” not noticing that a somewhat smaller sign on the window did read “Havana.”  Havana Restaurant seems to be one of those restaurants that subscribes to the Will Rodgers axiom “Get someone else to blow your horn and the sound will carry twice as far.” Though Havana does have a Facebook page, it hasn’t been updated since 2011.  There are numerous online reviews that sing the praises of Albuquerque’s sole Cuban eatery.

Havana pays homage to the city which gave the habanero chile its name.  The chile used to feature heavily in trading in Cuba despite the fact that habanero chiles and other piquant peppers are rarely ever used in traditional Cuban cooking.  That’s something I discovered in Boston decades ago and perhaps the reason Cuban food has never been a favorite among Latin cuisines (back then, I was desperately missing New Mexico’s characteristically enchanted piquancy.)

Predictably Havana Restaurant’s menu includes no entrees or appetizers which use New Mexico’s sacrosanct chile to imbue them with a piquant personality.  Instead, the menu is replete with porcine and beef products, plantains, rice and beans.  Specials of the day are listed on a small slate board.  Regardless of what you order to eat, make sure to wash it down with a batido, Cuban milkshakesin such delicious flavors as mango and papaya.  They’re packed with the refreshing flavors of the fruits from which they’re made.

Almost de rigueur when you visit a Cuban restaurant (and many American and sandwich restaurants) is the Cuban sandwich.  The “Cubano” as we know it today is a mash-up of Spanish and Italian ingredients with traditional Cuban ingredients.  That means lightly buttered Cuban bread; mild, smoked ham; roast pork marinated in a citrusy sauce; mustard and pickles.  That’s the way Havana prepares the island nation’s eponymous sandwich.  Not surprisingly it’s one of the very best you’ll find in New Mexico.

Bistec de palomilla(meaning “butterflied beefsteak”), a Cuban dish consisting of beef round or cubed steak marinated in garlic, lime juice, salt and pepper then topped with pearlescent onions is a specialty of the house.  The “steak” itself is rather thin and just a bit tough, but it’s pretty tasty.  Best of all, it’s served with Moors and Christians, a rather unique sobriquet for a mix of rice and black beans seasoned with garlic, lime, cumin and aji pepper.  It’s surprisingly good.  The plate also includes maduros, sweet plantains that are only fried once (as opposed to tostones which are twice-fried).

My Kim practically ran to the kitchen to order the special of the day, fried pork ribs, before I could do so.  Good move!  Though my arteries are clogging as I type this, fried pork ribs are a revelation, one we first discovered in the Mississippi Gulf Coast where everything edible is fried.  Health food this is not.  It should, instead, be a rare treat.  As we quickly found, every portion of the pork rib is fried–including the pork fat.  That fat is perhaps the most delicious (and certainly most unhealthy) part of the pork rib.  It’s crispy and delightfully mouth-watering with a pronounced saltiness.  Elsewise, these ribs are meaty and delicious–more than reason enough to return to Havana.

There are many reasons diners have been blowing Havana Restaurant’s horn. Even if it wasn’t Albuquerque’s only exclusively Cuban restaurant, it would probably be its very best.