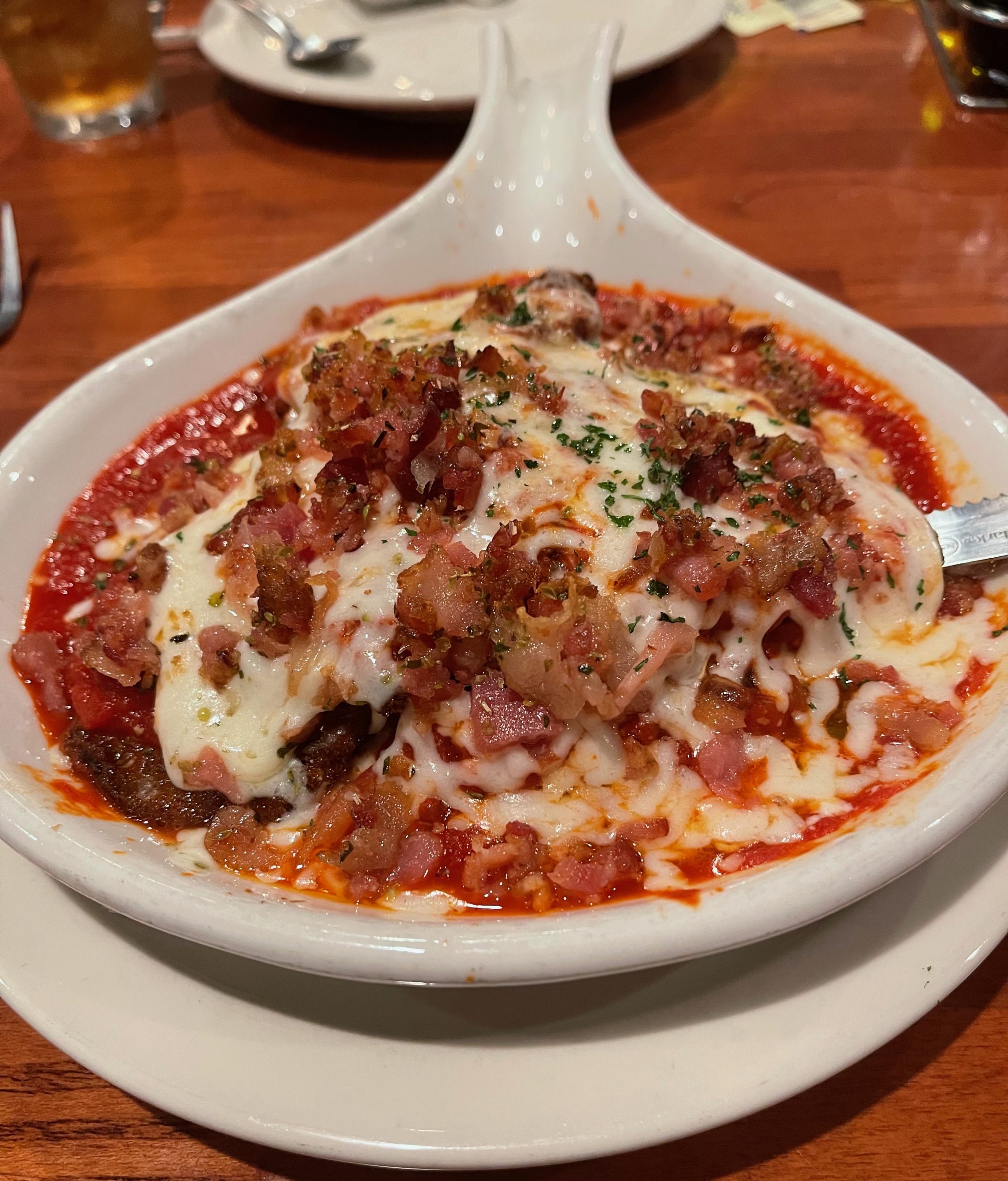 Much as they might wish for it to happen, no restaurateur can make their restaurant THE hometown favorite.  It happens organically and it happens only by the unanimous will and consent of the people.  Similarly, it takes the acclamation of the dining public for a restaurant to become THE heartbeat of a community–where residents go to interact with one another in a convivial spirit of sharing a great meal. A restaurant has to prove itself every single time with every single guest.  It must offer a combination of memorable food, a homey look and feel and mostly personable, attentive service.  There can be no such thing as a “bad day.”  To find the template for how a restaurant becomes the heartbeat of a community and the undisputed favorite restaurant in a hometown you need look no further than Joe’s Pasta House, a paragon of service excellence and culinary deliciousness where all guests are treated like family.

While dining out has always been an essential part of Rio Rancho’s cosmology, in its nascent days residents had to drive down the hill or across the river to enjoy restaurants that weren’t national chains. Then in 1999, Joe and Kassie Guzzardi assumed ownership of the eponymous Joe’s Pasta House and began the process of winning over denizens of the City of Vision.  For 23 years, the Guzzardis and Rio Rancho have shared a reciprocal love affair.  Joe’s is a restaurant we’re proud to call our own and much as we’d like to think it’s our secret and exclusively ours, it’s much too good not to be discovered by the Duke City citizenry.  In May, 2018 Yelp compiled its first ever Top 50 Places to Eat in Albuquerque. The highest ranked restaurant in this enumeration of exceptional eateries was Joe’s Pasta House. Among the 1,500 or so restaurants in the metropolitan area, none is as beloved by Yelpers as is Joe’s. With nearly 300 reviews (as of 26 May 2018), Joe’s has an average rating of 4.5 stars.

On September 1, 2022, a transition occurred that should have been marked by a chef’s toque flying at half staff and marked by a “Joe and Kassie Guzzardi Day” in the City of Vision.  Though many loyalists might consider that day a sad one, through our tears we should celebrate that the Guzzardis are moving on to a well-deserved retirement in Florida.  Kassie asked me to convey a sincere “thank you for the amazing support and encouragement they received over the years” from so many New Mexicans.  She also assured me that Joe’s Pasta House remains in great hands. Though Joe and Kassie will no longer be a peripatetic presence at their beloved restaurant, familiar faces remain: Executive Chef Rick, General Manager Andrea, Sous Chef Paul and Server Manager Chuck.

After the change of hands became official, the new owners posted a reassuring note on their Facebook page: “We are the Shariff Family and the new owners of Joe’s Pasta House. We are honored as a family to own, operate, and manage this iconic restaurant. Our number one goal and promise is to maintain the authenticity, quality, and traditions of Joe’s Pasta House and to continue to create amazing experiences and memories with you all.We are so grateful for the community of people that have been longstanding customers of Joe’s Pasta House. You are part of the Joe’s Pasta House family, and you add to the wonderful atmosphere. If you see us around, please introduce yourself and say hello! Humbled and excited to start this new journey with you all – Cheers!”

For my Kim, who has long had a crush on Joe and his “dreamy blue eyes,” stepping into Joe’s Pasta House for the first time since the change in ownership was traumatic.  She’s used to getting a warm hug from Joe every time we visit.  Fortunately, both Andrea and Chuck, fixtures at Joe’s Pasta House for years, assured us “nothing will change about the menu, the staff or the restaurant.  It will still be Joe’s Pasta House.”  Our visit was also made a bit less painful because we were seated next to my friend and colleague Garth Colasurdo and his beautiful family.  It was Garth’s first time at Joe’s Pasta House, but judging from the yummy noises emanating from their table, it won’t be the last.

Perusing the menu gave us the same euphoric sensation we always have at Joe’s, a realization that we’re about to enjoy another great meal.  Tony, one of our favorite servers, ferried over a plate of Joe’s sliced, warm bread with the restaurant’s incomparable bruscetta.  A few years ago, I met Joe and Kassie at their restaurant at the wee hour of six A.M..  While there are myriad chemical processes that occur when bread is baking in an oven, those processes are the furthest thing from your mind when aromas envelop you.  Joe’s bread is legendary…and that bruscetta is the very best in New Mexico.  If the aromas of baking bread are its advertising, who needs a Madison Avenue marketing campaign.

It’s become increasingly rare to find a “simple salad” at a restaurant.  Instead, you’re likely to find composed salads, many ingredients arranged on a plate so that they look like a pretty picture.  At Joe’s you can still get a side salad and it’s comprised of lettuce (not spinach or “mixed greens”), cherry tomatoes and the salad dressing of your choice.  My choice is always “as much blue cheese as you can carry” and Joe’s delivers with creamy, rich dressing punctuated generously with chunks of real blue cheese.  You can also order a wedge salad, Greek salad, Caesar salad and a Spinach salad.  They’re all good, but along with the bread they’ll fill you up and you certainly don’t visit Joe’s to fill up on bread and salad.

The only soup currently on the dinner menu is Mama Diana’s tortellini and meatball soup (cheese tortellini with house meatballs, fresh spinach and tomato in a seasoned chicken broth).  It’s quite good, especially the oversized meatballs and tortellini bursting with cheese.  Two crusty, toasted crostini slices swimming in the broth are so much better than croutons.  They’re easier to dip and soften in the delicious seasoned broth.  If history holds true, look for other soups to be added to the menu, perhaps as specials.  Joe’s has always offered some of the very best soups in the metropolitan area.

When handed the menu, my eyes immediately scoured it for Joe’s layered eggplant (lightly breaded eggplant stuffed with ricotta cheese, sautéed spinach and bacon, topped with marinara sauce and mozzarella cheese), my very favorite eggplant dish in the universe.  It’s listed as an appetizer, but it’s entree-sized and often choice for dinner.  Even with dinner companions “sampling” several forkfuls, a generous plating ensures there’s plenty for me.  On the rare event some of it is ferried home, it’s even better the next day.  This dish has long been a favorite at Joe’s which can probably boast of several signature dishes the eggplant among them.  We’ve tried a number of times to duplicate this dish and haven’t come close.

On April Fool’s Day in 1957, a British Broadcasting Corporation (BBC) broadcast purported to show a family in Switzerland harvesting spaghetti from the family spaghetti tree.  Spaghetti was relatively unknown back then in the United Kingdom so the BBC was deluged by viewers asking for advice on growing their own spaghetti tree.  Decades later, CNN named this broadcast “the biggest hoax any reputable news establishment ever pulled.”  For my Kim, spaghetti is no joking matter.  Her favorite Italian dish is spaghetti with meat sauce, especially the way it’s prepared at Joe’s.  She’s a sauce minimalist whereas her husband can bathe in the stuff.   She reminds me that the only reason I don’t ever order it is that I lack the dexterity to wrap the pasta around my fork.  Touche.

Much as we’ll miss visiting with Joe and Kassie, it’s reassuring to know not much else has changed at Joe’s Pasta House.  It’s still Rio Rancho’s best choice for great food and service.  NOTE:  You can read my original review of Joe’s Pasta House here.