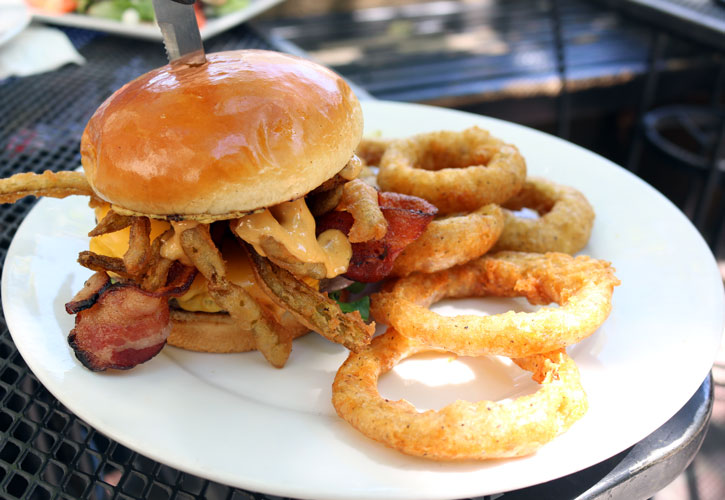 “If the government is covering up knowledge of aliens,
they are doing a better job of it than they do at anything else.”
~Stephen Hawking

An alien walked into the Alien Brew Pub and says, “take me to your liter.” Okay, that joke is admittedly a groaner. It probably wouldn’t even work in one of those countries which use the metric system, but it might work in some other planet where advanced lifeforms are ostensibly more civilized.  I say ostensibly because frankly, we don’t really know what to expect from alien lifeforms.  While the politically correct stereotype is of a benevolent and benign race singing Kumbaya with us awestruck and primitive terrans,  Stephen Hawking took a contrarian view about extraterrestrial beings.  He suggested that “such advanced aliens would perhaps become nomads, looking to conquer and colonize whatever planets they could reach.”

The notion of hostile aliens is hardly novel.  A Twilight Zone episode titled “To Serve Man” (a paraprosdokian title if ever there was one), is an exemplar of alien hostility veiled by benevolence.  An alien race known as Kanamit lands on Earth, promising peace and prosperity.  As promised, their technology ends hunger and solves the world’s energy crisis and other ills.  A skeptical linguist and his team believe the alien benevolence might be too good to be true.  Ultimately, they translate the alien language using a book whose title they deduce is “To Serve Man.”  While initially the book title was deemed innocuous, further perusal and decryption determined the book to be a cookbook with recipes on how to cook and serve man.  Hmm, maybe with a little green chile?

Being a thoughtful culinary essayist, I’ve often pondered the deep philosophical question, what would aliens eat.”  While conspiracy theorists posit that alien appetites are responsible for the livestock mutilations that have plagued western ranches for decades, it’s hard to imagine sentient beings enjoying bovine rectum tartar or equine eyeballs.  Not when there are so many terrific restaurants serving New Mexico’s sacrosanct red and green chile.  Aliens would be well advised to visit Albuquerque’s Alien Brew Pub where the ambiance is thematic and welcoming, adult libations flow like water (though aliens are likely to be “carded”) and the green chile cheeseburger is out-of-this-world.

If you’re thinking, aliens (unlike Bugs Bunny) would take that left turn at Albuquerque and head two-hundred miles south to some home base in Roswell, the Alien Brew Pub gives them a good reason to visit the Duke City instead. At first browse, the Alien Brew Pub does indeed appear to be misplaced, that it really should be in Roswell instead.  That notion is strongly reinforced when you step into the yawning complex and find yourself surrounded by extraterrestrial craft (UFOs) and intergalactic imagery with some Chaco stonework thrown in for an Earthy touch.

It wasn’t always that way.  When it first launched on 19 March 2010, the Alien Brew Pub was known as the ABQ Brew Pub.  It was nice enough with plenty of flat screen televisions tuned to sundry sporting events.  Adult libations included a handful of Alien beers brewed by Moriarty-based Rio Grande & Sierra Blanca Brewing Co.   In November, 2015, the brew pub was either rebranded or made victim of an alien abduction, changing its name to match the popular adult beverages.

The Uptown Sports Bar lives up to its name with more than fifteen television screens all tuned to sporting events.  The Alien Brew Pub is more akin to a restaurant with a bar at its cynosure.  There are far fewer televisions and a lot more things to see at the Brew Pub.  High ceilings and Chaco style stonework lend a more upscale feel.   Owner Adam Krafft invites patrons to “unfranchise your taste” with a selection of ten award-winning micro-brews produced by New Mexico’s largest producer of beer, Sierra Blanca.  Among its beer menu is the Pancho Verde Chile in which New Mexico’s official state vegetable is a featured ingredient.

The menu is surprisingly upscale, a far cry from the days in which brew pubs proffered peanuts, potato chips and pickled eggs–none of which are featured fare on the menu.  The Alien Brew Pub’s ten-item appetizer menu will actually challenge you to make a quick decision.  You’ll want to study this menu which includes such surprises as bacon-wrapped dates and bacon-wrapped jalapeño poppers.  Five salads are served with your choice of several housemade dressings: lemon thyme vinaigrette, smoked chipotle lime vinaigrette, ranch, bleu cheese, Greek feta, Caesar, tangy sesame citrus and even vinegar and oil.

Eight entrees, some the type of which you might find at a high-end restaurant, would be the envy of many a restaurant menu, but the one most popular entree on the menu is a not-so-simple, not-so-humble burger.  In 2010, the Alien Brew Pub’s Southwest Burger was selected by an esteemed panel of judges as the winner of the second annual Governor’s Green Chile Cheeseburger Challenge during the New Mexico State Fair.  In doing so, the burger earned automatic inclusion on the New Mexico Tourism Department’s New Mexico Green Chile Cheeseburger Trail.

31 August 2018: The Southwestern Burger (since renamed the UFO Burger) is an eight-ounce behemoth constructed from Angus beef, two slices of American cheese, three strips of applewood bacon and Dijon mustard topped with a crunchy green chile tempura and chipotle mayonnaise on a fresh-baked artisan bun.  Cheryl Alters Jamison, the scintillating food and travel author who served as one of the judges says “it sounds a little frou-frou, but it’s anything but.”  You can trust Cheryl, the five-time James Beard Award winning author who does more for promoting the New Mexico culinary experience than anyone.

Shortly after the Southwest Burger was selected as New Mexico’s very best green chile cheeseburger, throngs of hungry patrons stormed the restaurant to get theirs.  The demand was so great that for a while Le Paris French Bakery couldn’t supply enough of their unique buns and the Pub had to use standard burger buns until the ciabatta  could be replenished.  Though the demand has since tapered off somewhat, it remains the most ordered item on the menu though repeat visitors now tend to share one.  Not me!  It’s a burger I don’t like to share with anyone.

Weighing in at nearly a pound, the Southwest Burger is easily big enough to share.  It’s certainly an unconventional burger, a fact not lost on traditionalists who might frown upon the liberties taken with the sacrosanct burger New Mexicans love like no other.  Adventurous diners will enjoy it.  The beef is prepared to your exacting specifications.  Medium for me ensures plenty of pink and a profusion of juiciness.  The bun is substantial enough to hold in all the ingredients without dominating the flavor profile.  The tempura sheathed green chile retains a hint of roasting, but isn’t quite as piquant as fire-eaters like me might like.  The Alien Burger is served with your choice of sides: house beer-battered onion rings, sweet potato fries, curly fries, mac n’ cheese, skin-on French fries or green beans.  The onion rings are terrific!

24 October 2010: Perhaps out of curiosity or to say “been there, done that,” the Southwest Burger will likely be what you order on your first visit, but taking in the menu, you’ll certainly plan a repeat visit or ten to try other menu items.  The appetizers menu is especially intriguing and if the apple wood smoked bacon wrapped California dates drizzled with a cranberry Balsamic dipping glaze are any indication, the appetizers are hard to top.  Bacon, dates and cranberry Balsamic  are a classic sweet, savory and tangy troika that may make your taste buds dance.

31 August 2018: A more healthful, but no less delicious option is the House Salad.  If the term “house salad” evokes images of iceberg lettuce, artificially ripened tomatoes, cucumbers and a large dollop of gloppy salad dressing, you’re in for a treat.  The ABQ Brew Pub’s rendition is an artful plating of mesculin lettuce, cucumber, Crimini mushrooms, country tomato, Bermuda onion, Greek feta cheese and your choice of dressing.  The citrus vinaigrette dressing is a winner with expected pronouncements of tanginess and piquancy.  What will surprise you most about this particular dressing is its hint of pleasant piquancy.  That’s courtesy of two teaspoons of Habanero per batch of a truly memorable dressing.

31 August 2018: Our server Ting, a delightful UNM dental student from Taiwan, was not only on-the-spot with refills, but with recommendations. Her suggestion that we try the Alien Pub’s fresh spinach artichoke dip appetizer was spot on.  Served with light and crisp wonton chips, the dip combines a mild, easy melting cheese with a sharp, tangy feta, mildly acerbic spinach and light, slightly lemony flavor of artichoke.  It’s as good as any spinach-artichoke dip we’ve ever had.  Even though the wonton chips fell apart when weighted down by large portions of dip, those chips were a pleasant departure from the standard tortilla chips.

31 August 2018:The ten-ounce Angus choice-cut of top sirloin came highly recommended by Korte Keller, a trusted former colleague from Intel with a sophisticated palate.  He calls it the “best west of the Mississippi.”  That’s high praise indeed for a slab of beef costing a couple bucks south of twenty dollars, much less one offered at a brew pub.  Thankfully the kitchen delivered on its promise.  This is indeed an excellent steak, as tender and flavorful as any in town.  You would be hard-pressed to find a hint of sinew or fat on this meaty marvel, probably because this cut of beef comes from the gluteus maximus, a thick cut of which is often used for Chateubriand.  The only way to top this steak is with sherry-wild mushroom glace.

The top sirloin is offered with your choice of sides.  A surprising summer sensation is watermelon gazpacho, a refreshing and flavorful soup served cold.  This sweet-savory soup is the perfect cure for the sweltering summer doldrums, melding the flavors of cilantro, green onion, cucumber and watermelon in a semi-pureed soup you’ll be slurping up.  Watermelon has very few calories from fat, making this a very guilt-free to enjoy this super soup.  Also exceptional are the green beans which are very well seasoned and tasty.

Desserts are out-of-the-ordinary as well.  The ABQ Cranberry Bread Pudding with a white chocolate and caramel drizzle is wholly unlike any other bread pudding we’ve had in Albuquerque.  Four triangle-shaped wedges resembling a crustless French toast are impregnated with a white chocolate and drizzled in a tangy cranberry glaze with a decorative trail of caramel and a sprig of mint.  It’s a fine way to end a meal.

While the Alien Brew Pub may not answer the age-old question as to what aliens eat, it does serve some out-of-this-world food.  The eponymous Alien Burger is one of the very best in the city.