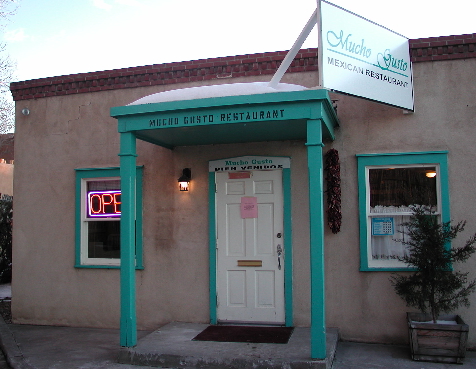 On the surface, Laura Esquivel’s wonderful 1990 tome Como Agua Para Chocolate (Like Water For Chocolate) is about the struggles of a couple passionately in love but cruelly fated to be kept apart.  Below the surface, however, is a brilliant novel that celebrates the passion food can–and does–inspire.

Tita de la Garza longs her entire life for her lover Pedro Muzquiz.  Alas, her life’s path has already been established by a tyrannical mother who decrees that Tita must remain unmarried and take care of her aging parents.

Unable to have a life with her lover, Tita infuses her passion and love for Pedro into her cooking.   When her ingredients coalesce and simmer into subtle and unusual flavors, people who taste her cooking experience what she feels: love, hope, passion, sorrow and longing.

This brilliant novel is actually divided into twelve sections, each beginning with a traditional Mexican recipe.  Each chapter details the preparation of the dish and ties it to an event in Tita’s ill-fated life.  Tita’s life may also have been celebrated on the walls of a now defunct Santa Fe restaurant.

The walls at Santa Fe’s Old Mexico Grill were festooned with art which must have been inspired by Como Agua Para Chocolate.  Tita de la Garza herself appears to have modeled for the colorful paintings.

It wasn’t solely the art on the walls that reminded us of Como Agua Para Chocolate.  The cuisine seemed to have been imbued with magical, emotion-stirring properties or crafted by Tita’s deft hands.  It’s no wonder Zagat’s proclaimed the Old Mexico Grill as the best Mexican restaurant in Santa Fe, a sentiment shared by many savvy Santa Fe diners.

The Old Mexico Grill’s closing in 2002 left a large void that was filled in February, 2003 with the launch of Mucho Gusto on Paseo de Peralta at Alameda behind the Inn on the Alameda.  Mucho Gusto’s founders are Alex Castro and German Avila, both former chefs at the Old Mexico Grill.  They brought with them many of the familiar entrees that earned adulation at their former restaurant.

Mucho Gusto has seating for only 32 diners in a modest one-room plus restaurant overlooking a parking lot.  Furnishing is austere, but several colorful paintings adorn the walls, including a Frida Kahlo self-portrait and an ubiquitous Diego Rivera scene.

Absent from the walls were the colorful kitchen scenes that caught our attention years ago at the Old Mexico Grill.  Their absence, fortunately, does not portend a diminished menu.  While the paintings are devoid of kitchen scenes, the menu certainly pays homage to the masterful work done in preparing traditional Mexican cuisine in uniquely wonderful ways.

The menu includes only six appetizer choices and three soup and salad offerings, but you’ll be hard-pressed to select only one of each.  A great way to start is with dos salsas y totopos, featuring a salsa de chile arbol and a cilantro tomatillo salsa served with blue, red and white tortilla chips.  Neither salsa was particularly piquant, but both were fresh and delicious…and almost as nice to look at as some of the restaurant’s paintings.

We’ve had tomatillo based salsa on many occasions, but the Mucho Gusto version was unique in its freshness and taste–definitely one of the very best salsas we’ve had.  A profound lime infusion melded with the distinctively pungent taste of green tomatillo, white onion and red tomato to provide a refreshing taste experience.

Nearly as colorful was the sopa del dia, the restaurant’s freshly made soup of the day.  It will be your lucky day if the soup of the day is a tomato vegetable soup infused with fresh vegetables and poblano peppers.  The restaurant’s blue, red and white tomato tortilla chips circumnavigate the bowl while softening in a hardy and delicious broth.  You’ll want to order another bowl of this exquisite elixir, but make sure you have enough room for the main dishes.

If you wish to eschew the restaurant’s most popular and famous entree, pollo relleno con salsa de crema, there are other equally appealing dishes calling.  Calling loudest might be the camarones en tequila, five sautéed shrimp with an orange tequila lime cream sauce served with rice, whole black beans and grilled vegetables.  The shrimp are fresh, succulent and flavorful, but they absolutely come to life with the infusion of the sauce.

The orange tequila sauce is reminiscent of orange juice and orange zest mixed together with a potent chile to give the entree a definite sweet, savory and spicy kick.  The grilled vegetables (squash, red onions, green peppers) are of perfect texture and have a garden-fresh taste we love.  The black beans are similarly delicious.

My experience with fajitas in restaurants throughout America confirms that the name of this popular entree fits it to a tee.  In Spanish, fajita is the diminutive form of the word faja which translates to belt.  Most fajitas are belt-leather tough and difficult to chew.  My dear wife, however, will order fajitas at the expense of trying some of the adventurous sounding entrees I always urge her to try.  More often than not, she is grievously disappointed.

Mucho Gusto’s fajitas are the antithesis of the tough and chewy fajitas of inferior quality beef you’ve ever had.  The skirt steak is perfectly marinated and grilled to a tenderness rare in this cut of beef.  Even the red and green peppers and red onions are grilled to perfection–they’re neither crunchy nor mushy.

Dessert offerings pose yet another challenge.  You’re probably going to be well sated when done with your meal, but if you don’t at least try one of the desserts, you’ll kick yourself afterwards.  One of the most popular dessert offerings is the chocolate toffee pie constructed on a Graham cracker crust and topped with a frozen chocolate and mocha ice cream with tiny bits of toffee.  The semi-sweet nature of this dessert coupled with a slight coffee taste will appeal equally to chocoholics and caffeine fiends.  It is a terrific dessert.

In Spanish, “mucho gusto” translates to “much pleasure,” a feeling derived by most diners at one of Santa Fe’s very best Mexican restaurants!