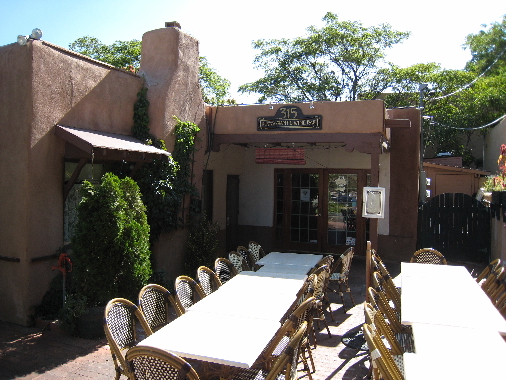 >Compared to the extraordinarily perceptive 19th-century detective Sherlock Holmes, his best friend and confidante Dr. John H. Watson was an ordinary man, a perfect “foil” for the brilliant Holmes.

Though lacking his friend’s deductive abilities and almost prescient ability to solve problems, Dr. Watson was, however, prone to occasional observations of brilliance and statements of profound eloquence.

For example, in the 2004 novel Sherlock Holmes and the Hapsburg Tiara, Dr. Watson describes a three-hour French meal:

“Each dish was more fantastical than the last. One can only conclude that it is the special purpose of French cookery to dissolve the entire substance of a dish into polish, so that no trace of the primeval beef, pork, or chicken remains, converting the whole into a sort of puree raisonne that can then be shaped and reshaped by an abstract and extravagant fancy far closer to architecture than cookery, a fancy whose sole intent is to remove from its creations all taint of the hearth and kitchen, not to mention pasture and field.”

Juxtaposed against the fluidity and clarity of Watson’s vivid appreciation for his meal, my review of 315 Restaurant & Wine Bar (formerly known as Bistro 315) may seem provincial and dare I say, elementary, my dear reader.  That would be a shame because this is a restaurant worthy of more eloquence than perhaps I am able to express.  Quite simply, it’s likely one of the two or three best French restaurants in New Mexico.

In its October, 2004 restaurant edition, Gourmet magazine designated 315 as a “Where to Eat Right Now in 30 American Cities” dining destination.  While 315 may be outstanding year round, there may be no better time to visit than when “right now” means Monday through Thursday in autumn and winter.

That’s because the Bistro features a prix fixe menu–three courses, anything off the printed menu for $29 a person.  Price differentials apply for nightly specials printed on a slate board.  For example, if the special includes an entree priced at $30, the differential would be $10.  At any rate, this is a delicious bargain aficionados of French culinary art should not pass up.

315 boasts of one of the most extensive wine lists in Santa Fe with 250 wines by the bottle and 25 by the glass.  It’s no wonder 315 has earned the coveted “Award of Excellence” from the Wine Spectator since 2000.

In addition to accolades from Zagat, Bon Appetit, Fodor’s, Wine Spectator, Gourmet, Esquire and other national publications, 315 is a perennial winner of “Best French Restaurant in Santa Fe” honors in annual polling of newspaper and magazine readers.  In 2003, it earned the Santa Fe Reporter’s “Best Restaurant of the Year.”

315 derives its name from its address on one of Santa Fe’s most famous and historically significant streets, the Old Santa Fe Trail.  Once a transportation route connecting Missouri with Santa Fe, the Trail runs just in front of the restaurant–not that you’d notice.  A former residence, 315’s foliage laden frontage keeps the traffic mayhem from view.

I’ve heard 315 described as warm and cozy and while that may be true to an extent, it is also quite cramped, a restaurant in which close proximity to other diners makes true dining intimacy difficult.  The tables are so close that even in hushed tones you can hear your neighbor’s conversations.

That familiarity may be the restaurant’s sole foible because in every other respect, it executes to perfection.  Service is attentive without being overbearing.  Delivery is well-paced so that you have ample time to finish your appetizers before entrees are brought to your table.

The menu is inspired by the culinary traditions of France’s Provence region where lively market stalls proffer fresh and colorful homegrown ingredients used in the preparation of cuisine said to have seductive properties capable of enticing even the most demanding palates.

The menu is graced by several standards while the specials, presented on a slate board, tend to be more seasonal and based on the availability of ingredients.  Chef Louis Moskow is renown for his passion for fresh ingredients and he certainly uses them masterfully.

Because of the restaurant’s specials, in addition to infinite variety, there are also infinite possibilities.  Every meal can be a culinary adventure as your taste buds open up to the possibilities.

The restaurant isn’t nearly big enough to bake its own bread on the premises.  Outstanding bread, however, is still a hallmark of 315 because it features warm, crusty sourdough bread baked by the Sage Bakehouse, a state treasure.  This bread truly deserves the sobriquet “staff of life” as each and every loaf is baked to golden perfection using a natural leavening process free of commercial yeast.

I’ve always contented that there are two types of lovers of food.  There are those who will quickly devour anything put in front of them and thoroughly appreciate their meals.  There are other, more discerning diners who will savor each and every bite with a deliberate precision so they don’t miss anything.  These are the true gastronomes.  These are the culinary explorers who will derive the most pleasure from a meal at 315.

A wonderful way to begin your culinary exploration is with 315’s basil wrapped shrimp served over apricot chutney and Madras curry sauce.  There are a lot of things going on with this appetizer and your taste buds and olfactory senses will be challenged to discern all of them.

Flavors coalesce not so much in explosiveness, but in subtlety–from the sweet brininess of the shrimp to the delicate pungency of the curry to the spicy fruitiness of the chutney, all the flavors meld together in rapt deliciousness.  In addition to multitudinous flavors, there is variety in this offering’s textures.  In mere bites you traverse through the slight crunchiness of a light breading, the snap of fresh shrimp and the piquant crispness of chutney bits.

Equally inspiring and adventurous is the grilled Bibb lettuce salad.  Bibb lettuce is known for its crispy leaves and miraculously the lettuce retained some of its inherent crispness despite being grilled and topped with crispy bacon and warm Maytag blue cheese fondue.  As with the basil wrapped shrimp, there was a lot taking place in this palate arousing appetizer.

315’s preparation of Steak Frittes is classic, one of the best we’ve had anywhere.  It’s available Au Poivre style with or sans sauce (a choice of Béarnaise or herb butter).  At 315, Au Poivre means a New York strip coated on one side in loosely cracked peppercorns which adhere to the strip thanks to a basting in softened butter.

This steak is fabulous with a pungent, nearly piquant counterpoint to a rich, flavorful beef with nary a hint of fat.  It is seared at high temperature and served to your exacting specifications.

A mountain of frites accompanies the steak.  Though not traditional frites, the thin, crispy fries are quite good, inheriting the peppercorn properties of the steak.

One entree special I hope makes it to the standard menu is mahi mahi and sea scallops with root vegetable perogis, sauteed spinach and a Chardonnay Gastrique (a glaze by reduction).

A sole mahi mahi filet was pan-seared to absolute perfection.  Mahi mahi is a firm fish not prone to easy flakiness, but that doesn’t mean its flesh isn’t tender.  The Chardonnay Gastrique, meanwhile, seemed to bring out, not mask, the mahi mahi’s inherent flavor, rendering this special one of a select list of outstanding fish entrees we’ve had.

Each of the three accompanying scallops was easily two to two-and-a-half ounces of sweet, succulent deliciousness.  Rarely have we had scallops quite as ethereal in their delicacy and flavor.

<The sautéed spinach had that wonderful wild, slightly acidic aftertaste canned spinach and even most salad spinach don’t possess.  This spinach triggered memories of the phenomenally delicious wild quelites we picked in Northern New Mexico during my youth.

There is no surcease in quality when it comes to 315’s dessert repertoire.  The dessert menu features seven sweet treats as well as a cheese plate.  You may be tempted to order more than one dessert.

A popular favorite is 315’s Pots de Crème made not with the dairy chocolate variety for children, but with dark, rich chocolate worthy of an “R” rating for adults only.  It is the essence of chocolate comfort, bathing your taste buds in a swathe of decadence and deliciousness.  One taste and you’ll experience Nirvana.

At another plain on the dessert scale is the Tarte Tatin which is essentially an upside down apple pie.  Because of the way it is baked, the apples are very soft and caramelized.  The best Tarte Tatin retains much of the apple’s tartness and 315’s is one of the best we’ve had.  Similar to our entrees and appetizers, it had a lot going on in terms of flavor richness and quality.

315 may quite be at the end of the Trail, but if you want an outstanding French dining experience, it should definitely be on your roadmap.