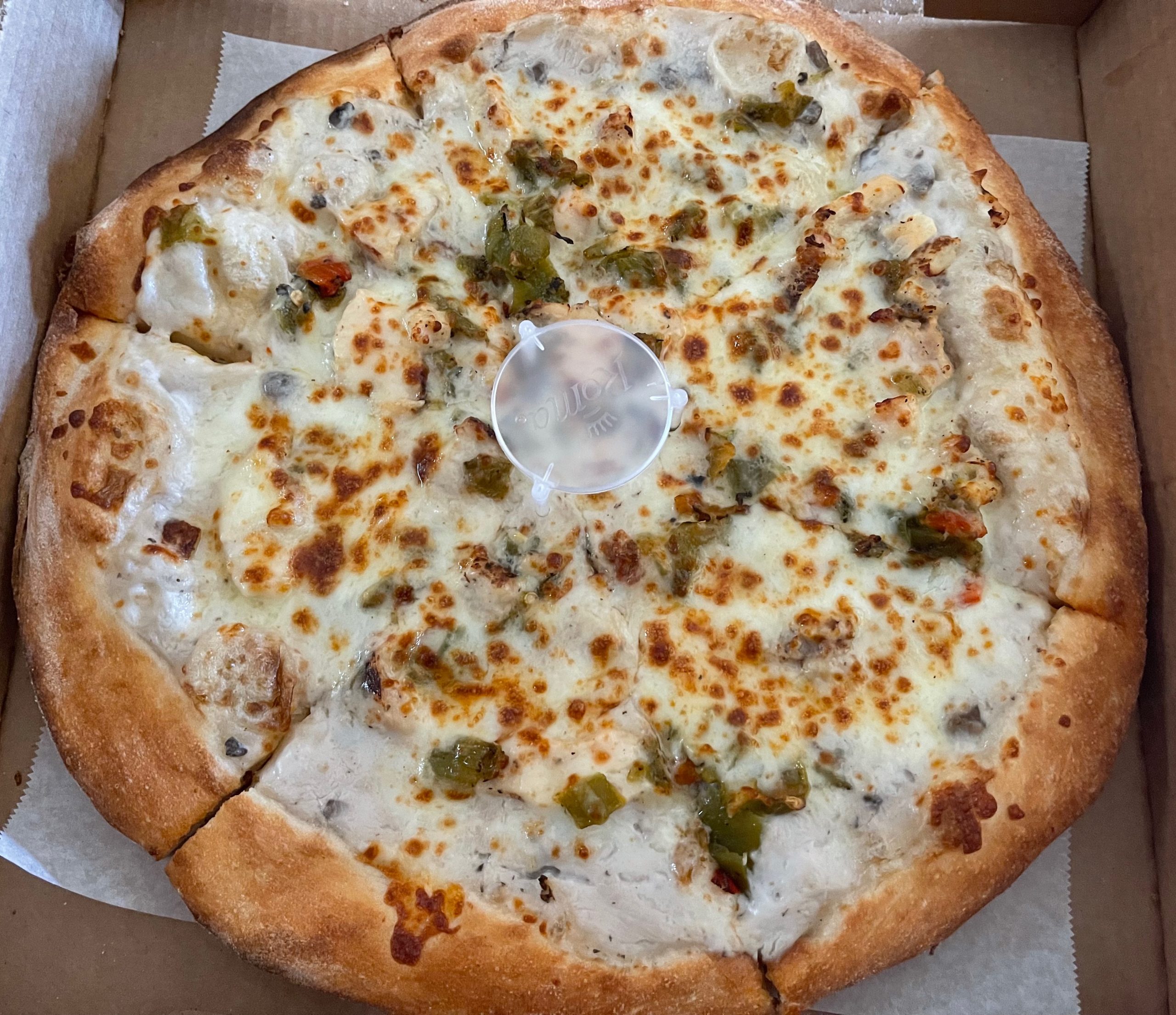 Some might call the American Realty and Petroleum Company (AMREP for short) a pioneering visionary for its early 1960s purchase of over 50,000 acres on the dusty Sandoval County plains that are now Rio Rancho. Others use different–and not necessarily as complimentary–adjectives to describe the land speculator whose clever marketing attracted hundreds of New Yorkers (among others) to the then untamed western fringes overlooking the Rio Grande.

Middle income retirees from New York initially made up a significant percentage of Rio Rancho’s population, earning the community the sobriquet “Little New York.” The nickname is still bandied about even though Rio Rancho’s population is comprised of people from all over the country. In its first decade, the fledgling newcomer became the sixth largest city in New Mexico and by 1990, the census indicated the city had grown to more than 32,000 residents. It grew by almost 20,000 residents by the millennium and as of 2009, is already the third most populous city in New Mexico.

Demographically, the City of Vision has become younger, and while it still attracts retirees, its growth is primarily attributable to first-time buyers moving to Rio Rancho for the quality of life advantages it offers (even without fishing and camping). Among the most apparent vestiges of the New York lifestyle in Rio Rancho is the sheer number of high quality pizzerias, many of them which launched years after the peak migration of New Yorkers.

In New York, pizza is practically a religion with nearly than 1700 restaurants in “Metropolis” containing the words “pizza” or “pizzeria” in their name. Not even in terms of per-capita can Rio Rancho boast of such pizza prominence, but it can sing the praises of highly regarded New York style pizzerias Sal-E-Boy’s Pizzeria (now closed) and Aldo’s (formerly Venezia’s Pizzeria) as well as a very popular gourmet pizza interloper, Turtle Mountain Brewing Company and Dion’s, a local chain.  They’re all good, but Davido’s stands head-and-shoulders above them all.  It’s Rio Rancho’s very best and one of the best in the Albuquerque metropolitan area.

As with other purveyors of pizza in Rio Rancho, Davido’s Pizza stakes a claim to the New York pizza heritage. The family patriarch (not named Davido) is indeed a transplanted New Yorker though it is his daughter and son-in-law who own and manage the restaurant. The restaurant opened in April, 2008. Davido’s was initially situated just about as far north as you can go in Rio Rancho before you’re on Santa Ana Pueblo. It made Placitas, Bernalillo, Santa Ana Pueblo and northern Rio Rancho happy that they no longer had to order pizza from nearby chains Pizza Hut, Little Caesar’s and Domino’s.

In February, 2013, Davido’s moved to a more centrally located location in Rio Rancho. Now situated on heavily trafficked Southern Boulevard, Davido’s occupies the space previously called home by Dagmar’s Restaurant & Strudel Haus and prior to that Rocco’s Pizzeria. All vestiges of Dagmar’s are completely gone. In terms of ambiance, you can probably describe Davido’s as “utilitarian.” With only one two-person table for diners to sit, it’s designed as a take-out and delivery operation. Utilitarian does not, however, mean impersonal. Davido’s remains a family-owned, family-operated restaurant run by a very nice family which appreciates your business.

It seems every time a national publication compiles a “best” of any food, the “usual suspects” always seem to represent the Land of Enchantment…and they almost always seem to be from either Santa Fe or Albuquerque. It’s as if new restaurants, especially those outside Santa Fe and Albuquerque, can’t possibly compete with the venerated restaurants which have always made the “best of” lists. Kudos to Pixte.com, a lifestyle and travel site, for uncovering a hidden gem worthy of acclaim, if not adulation. In naming Davido’s of Rio Rancho the “best pizza in New Mexico,” Pixte wrote “great value for money with its monstrous portion sizes, you’ll never leave here hungry. Perfect balance of quality and quantity.”

No pizza menu would be complete without a pizza adorned solely with cheese. Some purists will argue that the crusty canvas needs no other topping. Davido’s cheese pizza is very good. Sauce is slathered on generously, but not so much that it overwhelms the rest of the pizza. The crust is chewy and pliable; you can easily fold it over vertically the way some New Yorkers like to eat their pizzas. A combination pizza I recommend with great enthusiasm includes green chile, black olives, sausage, white onions and garlic. Davido’s uses a garlic paste instead of minced garlic, but it’s got plenty of garlicky zest. The green chile would barely register on any piquancy scale, but it has a nice flavor. The sausage has nearly as much piquant bite as does the green chile.

21 March 2020:  Right out of the oven, the crust has the intoxicating, memory-triggering aroma of baked bread. The edges are thick and have plenty of air holes, but what they have most of is the flavor of bread just out of the oven. There’s relatively little black char on the bottom of the crust. It’s a good pizza Rio Rancho will love and for which Placitas pizza aficionados such as my friend Dave will drive just a bit further.   Not even the City of Brotherly Love can claim a pizza as inventive and utterly delicious as Davido’s Philly (sliced sirloin, bell peppers, onions, American and mozzarella cheeses). (NO LONGER ON THE MENU)  It’s akin to having a cheesesteak on a pizza, only better.  Davido’s is one of the preeminent practitioners of Philly cheesesteak sandwiches in the state so it’s only fitting that they’d perfect a Philly pizza.  It’s in my top three best pizzas in the Land of Enchantment.

26 March 2022: In 1931–some 19 years after New Mexico achieved statehood–Fabiola Cabeza de Baca Gilbert published what is widely believed to be the very first cookbook dedicated to New Mexican cuisine.  That historic tome Historic Cookery showcased heirloom recipes from the author’s own family and other recipes collected from villagers in northern New Mexico.  Over 100,000 copies were sold over the course of its several printings and editions. One of the recipes which didn’t make it into the book was green chile chicken enchiladas.  The reason is that commercial cream of chicken soup wasn’t invented until 1931.  Cream of chicken soup (along with green chile, chicken and mozzarella) is an integral ingredient on Davido’s green chile chicken enchilada pizza, a pizza New Mexicans will love.

26 March 2022: Michael Gonzales, the affable owner of Cafe Bella and a classically trained chef with serious kitchen cred, is a huge fan of one of the smallest items on the Davido’s menu. That would be pizza pinwheels, an appetizer available in quantities of six or twelve. Pizza pinwheels resemble cinnamon rolls, but instead of icing, these scrumptious spirals are “iced” with tomato sauce and cheese. As with much of the Davido’s menu, what makes these special is the delicious bread on which they’re made. These soft pinwheels are absolutely addictive.  Alas, the pizza pinwheels are so good, we have yet to try Davido’s barbecue pinwheels.

7 July 2018: One of the highlights of serving as a judge at the 2014 Taste of Rio Rancho was the opportunity to sample some of the City of Vision’s very best foods, some of which were new to me. At the risk of losing my impartiality, one of my very favorite entries was the New Mexican Cheesesteak (NO LONGER ON THE MENU) from Davido’s. “What,” you ask “is a New Mexico cheesesteak?” It’s essentially a Philly cheesesteak on a tortilla with the uniquely New Mexico touch  of green chile. More than the sum of its components, it’s sheer deliciousness: lean beef, ribbons of not-quite-caramelized onions, fragrant green peppers, molten white cheese and pleasantly piquant green chile. The tortilla is bursting at the seams with a moist, flavorful Cheesesteak our state legislature should consider for candidacy as the official New Mexico state sandwich.

7 July 2018: In addition to the New Mexico Cheesesteak, Davido’s offers a Philly Cheesesteak (NO LONGER ON THE MENU) that hearkens back to the days of its predecessor tenant, Rocco’s Pizza. Call it heresy if you will, but Davido’s Philly might be better than Rocco’s. I can only say “might be” because my Kim would only give me one bite of her sandwich. The most obvious difference from Rocco’s is the moistness and texture of the beef. Where Rocco’s used waifishly thin shaved beef, Davido’s slices its beef into strips, retaining moistness and flavor. The creamy white cheese is rich and unctuous, so much better than the Cheez Whiz you’ll find on South Philadelphia’s mean streets.

Davido’s Pizza  has given Rio Rancho residents another New York inspired pizza and so much more restaurant to call its own.