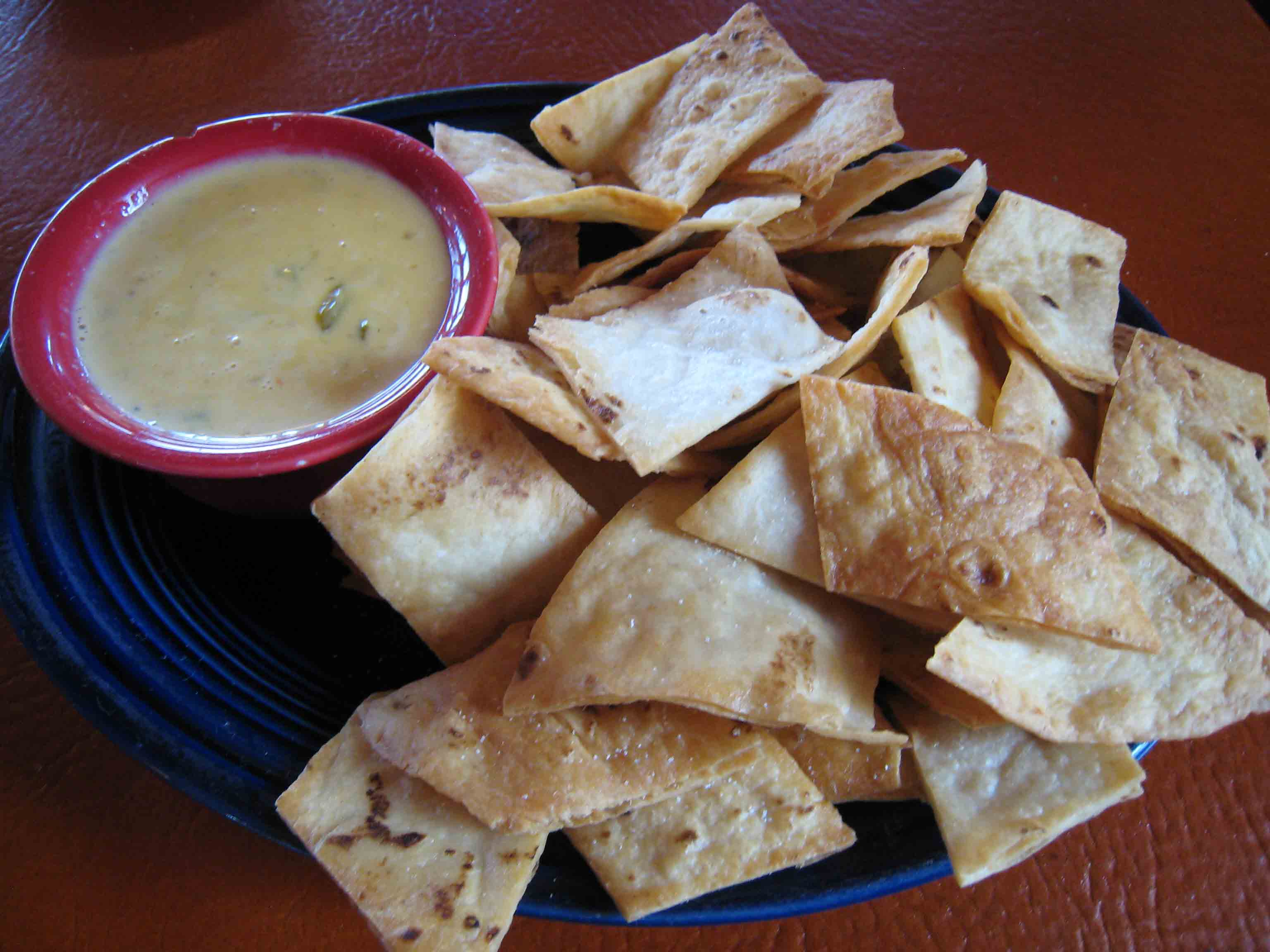 Fool that I am, after my first visit to El Bruno’s in 1997, I spent half an hour pondering how best to describe the restaurant in alliterative prose–adobe abode of amazing adovada, beguiling bastion of bountiful burritos, captivating citadel of chile con queso, earthen edifice of enchanting enchiladas–and while El Bruno is all of those and so much more, a simplified yet wholly accurate description would be “one of the five or six best New Mexican restaurants in the state.”

El Bruno’s is almost equidistant between Albuquerque and Farmington, about 75 miles away from each. The drive is spectacular with a preponderance of scenic vistas and an unbelievable, multi-hued topography that includes hulking hoodoos (columns or pillars of bizarre shape caused by differential erosion on rocks of different hardness) and the nipple shaped Cabezon Peak, a dramatic 7,785 foot volcanic formation. The vistas, and especially the stratification of multi-hued earthen layers, may remind you of colorful Navajo sand paintings.

While portions at El Bruno’s tend to be prodigious, most diners aren’t out to set records–unless it’s for most enjoyment in one meal. The menu is replete with New Mexican favorites, all of which exemplify the highest standards of the genre.  The recipes come from Hazel Herrera’s family.  Hazel and her husband Bruno (for whom the restaurant is named) have been capturing hearts and taste buds since 1975.

On June 5, 2006, El Bruno was consumed by a fire which destroyed one of the very best New Mexican restaurants in northern New Mexico. El Bruno’s re-opened in early October, 2006, albeit in a smaller location directly across from the original restaurant.  What was once a Frostee-Freeze restaurant and an old house next door was transformed over a period of two years into what is now a spacious restaurant with all the charm of its predecessor.

As with its predecessor, the rebuilt El Bruno’s parking lot is expansive.  It has to be to accommodate all the hungry patrons, many of whom drive more than an hour just for lunch and dinner.  The exterior west wall includes a colorful mural of a New Mexican woman carrying a basket brimming with green, red and yellow chile peppers while other field hands harvest New Mexico’s official state vegetable from fecund and verdant fields.

The entrance to El Bruno’s is through a wooden bell gate into an expansive courtyard.  A large Spanish bell is poised above the gate as if to call in hungry patrons to a meal with its timbre and tintinnabulation.  On the wooden gate is carved the Virgen de Guadalupe, the patron saint of the Americas.  To many New Mexicans there is no truer manifestation of welcome.

Not surprisingly, the restaurant’s interior ambience is superb (although what can truly compare to the unrivaled scenery on the way to Cuba). Being surrounded by the enrapturing art of Taos artist Miguel Martinez (renown for painting beauteous women with almond-shaped eyes) as well as by charming antiques makes it an attractive milieu for any meal.  A canopy of huge vigas overhead and earthen-hued tones add to the New Mexican ambience.

El Bruno’s salsa is splendiferous, a magnificent medley of rich, red tomatoes and piquant green chile. While the salsa is superb and you’ll be tempted to consume several bowlfuls, limit yourself to one then order the restaurant’s signature chile con queso. Not only is the creamy chile con queso some of the best you’ve probably ever had, it’s served with crispy tostadas (fried flour tortillas) instead of chips. The queso is enlivened with green chile that bites back.  There’s green chile in every chip.

The restaurant is renown for serving some of, if not THE best carnitas in New Mexico. Celebrated among patrons who have sampled these cubed carnivore’s delights, the carnitas are available in two dinner combinations: the poetic sounding carnitas con papitas and the carnitas a la Mex which come with rolled enchiladas, refried beans and homemade tortillas, all of which are wonderful.

What makes these carnitas incomparable is the quality of the sirloin (yes, sirloin, not pork as seems to be the case with most carnitas) which has the charbroiled taste of an outstanding steak. The papitas are silver dollar sized, dusted with fiery red chile and on par with those served at Sadie’s in Albuquerque (meaning they’re the best).

At many New Mexican restaurants when an entree includes a side of, but does not feature, enchiladas, the enchiladas are like an after-thought, generally not very good.  That’s not the case at El Bruno.  While carnitas may be the starring attraction of the aforementioned Carnitas a la Mex (pictured below), the enchiladas are main entree quality.  They are engorged with cheese and topped with your choice of red, green or Christmas style chile.  The beans and rice are topped with melted yellow and white Cheddar.  Garnish includes not only the perfunctory lettuce, but large sprigs of parsley (which has wonderful flavor ameliorating qualities and should not be solely relegated to plate decoration).

Another entree for which El Bruno is renown is carne adovada, the incomparable dish of cubed and shredded pork which is marinated and simmered for hours in chile.  At El Bruno’s the carne adovada is among the most flavorful and tender of any in the state.  Its piquancy level is about medium and Mexican oregano is also discernible in its composition.  It arrives at your table steaming hot and just beckoning for you to try.

At El Bruno’s, the sopaipillas are to die for–whether you partake of these puffy treats as a delicious dessert with honey (real honey, not that honey flavored syrup inferior restaurants use) or as an incomparable entree, stuffed with chicken or beef and garnished with beans, cheese, chile, lettuce and tomato.

In the July, 2010 edition of New Mexico Magazine, the magazine’s brilliant King of the Road Lesley King chronicled her visit to Cuba, New Mexico, a visit highlighted by her meal at El Bruno.  Her video can be viewed here.  Both her story and video are enthralling.

Eating at El Bruno’s is enchanting dining at its best.