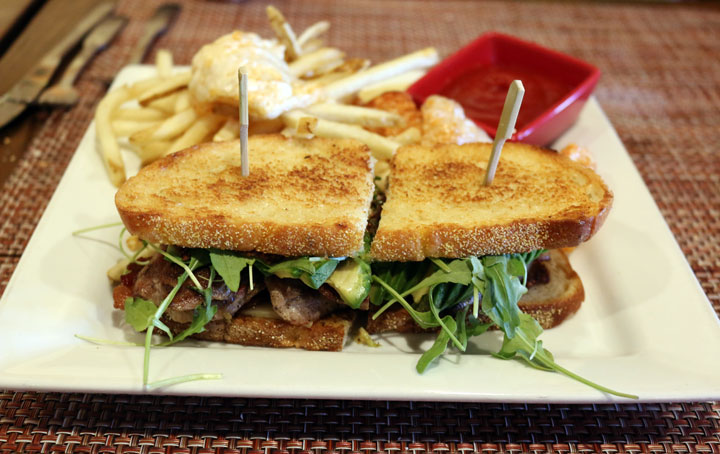 For over a quarter century, the most popular section in New Mexico Magazine (the nation’s oldest state magazine, by the way) has been a humorous column entitled “One of Our Fifty is Missing.” The column features anecdotes submitted by readers worldwide recounting their experiences with fellow American citizens and ill-informed bureaucrats who don’t realize that New Mexico is part of the United States. Some travelers from other states actually believe they’re leaving their nation’s borders when they cross into New Mexico. Others think they need a passport to visit (not that they’d visit considering they’re wary of drinking our water.) Merchants and banks throughout America have been known to reject as “foreign credit cards” American Express and Visa cards issued by New Mexico banking institutions.

Sometimes you have to wonder if “one of our fifty is missing” applies also to American History textbooks. As an unabashedly proud New Mexican of Spanish descent, I always wondered why public schools taught impressionable students that America’s history was the exclusive domain of the thirteen colonies. You would think this great country’s history began when the pilgrims descended on Plymouth Rock. Seemingly unbeknownst to history books was all the history transpiring across the Land of Enchantment decades before the heralded pilgrims. For every “oldest this” or “first that” attributed to one of the thirteen colonies, there was already something significant older or precedent in the Land of Enchantment–with few exceptions, one being restaurants.

Unlike the urban east, New Mexico was largely rural and agrarian with farms producing just enough to feed the families that tended to them. Being much more urban, it makes sense that the thirteen colonies are the domain of the quaint colonial restaurants. Seven of the ten oldest restaurants in the fruited plain reside in the states representing the red and white stripes festooning the flag. Among the most venerable is Boston’s legendary Union Oyster House which opened its doors as a restaurant in 1826, almost ninety years before New Mexico joined the union. Even the Union Oyster House, however, is a youngster compared to Newport, Rhode Island’s White Horse Tavern, circa 1673. As for the Land of Enchantment, numerous online sources (including the restaurant itself) will tell you the oldest restaurant in the state is Santa Fe’s El Farol.

In 1835–twenty-six years before the American Civil War and eight-seven years before New Mexico joined the union— La Cantina del Cañon, a saloon dispensing liquor and food, opened its doors on Canyon Road. Instead of the fashionable destination art district it is today, back then Canyon Road was a hard-packed dirt trail flanked by old adobe homes. The cantina was owned and operated by the Vigil family well into the mid-twentieth century. In 1963, it was sold and ultimately rechristened El Farol. Perhaps because of the continuity of having a restaurant at the same spot, it’s been pretty widely accepted that El Farol is the oldest restaurant in New Mexico .

While it may be debated as to whether or not El Farol is the oldest restaurant in New Mexico, there many things about El Farol that cannot be disputed. It was once described by the New York Times as “one of the best bars on Earth!” MSN heralded El Farol as “one of the 39 most historic restaurants in America.” From 1985 through April, 2017, El Farol was owned and operated by Hernandez (home to Ansel Adams’ most famous photograph) native David Salazar. In the three decades in which Salazar ran the restaurant, thousands of visitors and locals frequented El Farol. Many came to experience the palate-pleasing creations of Chef James Campbell-Caruso, now chef-owner of La Boca, who ran the kitchen from 1999-2006. This may have been the restaurant’s halcyon period as it garnered numerous James Beard Awards and for a while, had the distinction of being one of the few restaurants west of the Mississippi to offer Spanish tapas. In 2017, the restaurant was sold to Richard Freedman who owns the Santa Fe Teahouse almost directly across the street.

After the change in ownership, El Farol underwent an extensive make-over which focused on preserving the legacy of the restaurant while reinvigorating a venerable institution in need of some spit and polish. Several new coats of paint brighten up the dining room to accentuate the iconic murals painted by former patrons, including one over the bar by Alfred Morang, a distinctive Santa Fe figure and founding member of Transcendental Painting Group. The flamenco dinner show, traditional Spanish tapas, good wine, the romantic garden setting…even the bullets on the floor remain though the menu did undergo a transformation of its own. It’s a menu that reads like a fine novel, one you can’t put down.

As you’re perusing the menu, your server will ferry over a plateful of lavosh (Armenian flatbread) and a bowl of olive oil. For my Kim, olive oil alone doesn’t cut it; she has to mix it with Balsamic vinegar. At El Farol this is a good thing. The Balsamic vinegar has the viscosity of motor oil and sweet-tart notes that will delight you. The olive oil is also of high quality. The versatility of lavosh is such that it can be served soft like a tortilla or hard like a cracker. El Farol’s rendition is cracker-like, but it has nicely absorptive properties and picks up the olive oil-Balsamic vinegar very well.

For years, my Kim has eschewed every seafood-based soup I’ve ever encouraged her to try. This includes some terrific cioppino in San Francisco, bounteous bouillabaisse in Boston and even the magnificent seafood bisque at Joe’s Pasta House in Rio Rancho. She loved the caldereta de langosta (a Majorcan lobster stew made with sofrito, onions, tomatoes, garlic, preserved lemon and Marcona almond gremolata) at El Farol! While sipping this luscious stew, we reviewed the ingredient list and were amazed that we could not only discern each component, but that they all worked so well together in a “no stars all stars” fashion. This is a soul-satisfying elixir sure to remedy whatever ails you.

Several items on the menu have simple, one-word names that belie the complexity of the items for which they’re named. One such example is the Aguacate which translates from Spanish to “avocado.” A fruit high in healthy fats, avocados are versatile and delicious though all too often not used creatively. El Farol flash fries a ripe, fat avocado stuffs it with pico de gallo and drizzles it with a lime crema. It may sound like a strange combination of ingredients, but they actually go together very well. The pico (red onion, tomato, green pepper) is lively and fresh while the lime crema lends a citrusy tang to the proceedings, but it’s the flash-fried. lightly battered avocado which shines most. As with most avocados at their peak of ripeness, it’s buttery, unctuous and rich. Make sure each forkful has a bit of each component to maximize your enjoyment of this terrific dish.

My Kim’s entree choice was the Cerdo, a one-word descriptor which translates from Spanish to pork. The Cerdo (pork tenderloin sandwich with bacon, Idiazabal cheese, avocado, arugula and fig mustard on rustic bread), served with pork cracklings and fries is one of the better pork sandwiches in Santa Fe. Though its unique elements shine, this is one of those sandwiches which is the sum of all its parts. All those parts work together as if they have always belonged together, but it took a chef genius to figure it out. You’re probably curious about the Idiazabal cheese and rightfully so. It’s not often used in these parts. Idiazabal cheese is a Basque cheese made from sheep’s milk. It inherits a sweet, aromatic smoke from the way it is stored and has a taste somewhat reminiscent of caramel and burnt caramel. The fig mustard is both sweet and sharp like a Dijon. The pork is tender and moist.

With so many other entree options available, I joked with our server about the propriety of ordering a burger at a restaurant such as El Farol. With a wink, he urged me to do so, confidently boasting that El Farol serves the very best burger in Santa Fe. Considering the City Different is home to such peerless purveyors of mouth-watering burger indulgence as Santa Fe Bite, the Counter Culture Cafe and Cowgirl BBQ (to name just a few), that’s a pretty audacious statement. El Farol’s burgers, he explained are eight-ounces of ground beef impregnated with bone marrow and brisket. That must account for just how moist, juicy and absolutely this multi-napkin burger is.

There are actually two burgers on El Farol’s lunch menu–the Hamburguesa El Farol and the Hamburguesa Santa Fe. The latter is El Farol’s version of a green chile cheeseburger which not only includes Hatch green chile, but green chile toasted buns between which are also nestled avocado, Cheddar and bacon. Despite these enticing ingredients, my contrarian appetites steered me toward the Hamburguesa El Farol (eight-ounces of ground beef, Balsamic onion jam, Manchego cheese on toasted brioche). What a great, great choice! Make no mistake about it, what makes this burger special is the ground beef. It’s ground steak in all its glory–rich, beefy and a perfect canvas for the sweet-tangy Balsamic onion jam, caramelized onions tinged with velvety, complex sweetness. The Manchego also has sweet, nutty notes, but they’re wholly different than those of the onion jam. Worthy accompaniment for this behemoth burger is a field greens salad.

El Farol’s dessert menu is a mix of predictable post-prandial pleasures (such as churros and a selection of artisinal cheeses) and unique creations heretofore unexplored. In perusing the dessert menu, our eyes quickly fixated upon a dessert reminiscent of the fabulous citrus cake we enjoyed so much at Jake’s in Palm Springs. The Limon Brazo de Gitano (rolled sponge cake, lemon cake, raspberry meringue, raspberry caramel, candied pistachio) was a real surprise, especially the interplay of the sweet-sour lemon and juicy, slightly sweet taste of raspberry. The rolled sponge cake is ethereal in its lightness and elevated to greatness with lemony swirl. The candied pistachios impart flavor and textural contrasts as well as palate cleansing between bites of sweet and citrusy deliciousness.

El Farol translates from Spanish to “the lantern” and indeed, this landmark restaurant and cantina is a veritable welcoming beacon of warmth and light, a refuge from worldly cares. It’s what El Farol was destined to be.