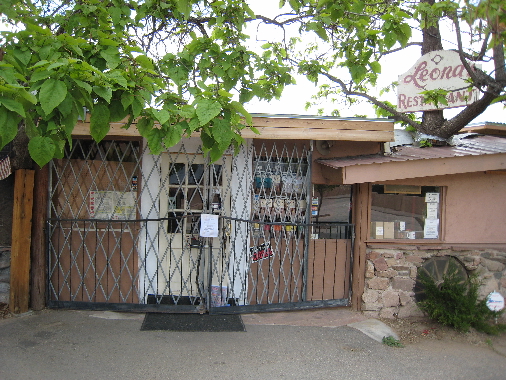 In his book Authentic Happiness, Dr. Martin Seligman posited that there are two kinds of smiles. The first is called the Duchenne smile, named for its discoverer, French neurologist Guillame Duchenne. This is considered a genuine smile in which the corners of the mouth turn up and the skin around the corners of the eyes crinkle (ala crow’s feet). This type of smile may sometimes begin with laughter that generates a wide smile which causes the skin around the eyes to crease. The Duchenne smile is very hard to fake and is therefore often used to detect sincerity.

The other type of smile, called the Pan American smile, is named after the smile airline stewardesses (or at least those on television commercials) supposedly gave their passengers. The Pan American smile is considered a courtesy or perfunctory smile. It is deliberately formed by contorting one’s mouth into the shape of a smile. It’s both easy for most people to slap on or to detect a Pan American smile.

You get the impression that when Leona Medina smiles, it’s as warm and genuine as the chile she prepares in her small restaurant situated just feet from the world famous Santuario de Chimayo. It’s visible in the corners and in the gleam of her eyes. Leona is very proud to have served as a Pan American Airline stewardess for many years. Photographs depicting Leona nattily attired in her stewardess uniform and of the aircraft in which she served are proudly displayed above the order counter in her restaurant. It’s unlikely she ever rendered a Pan American smile to any of her passengers.

The eldest daughter in a Chimayo family of eleven, Leona began mass-producing tortillas in 1984, a venture that eventually led to the establishment of a full-time, family owned and operated restaurant to showcase her products. With perseverance and a dream behind her Leona became a major tortilla wholesaler, selling her wares throughout the Southwest.

I’m not talking about a few dozen tortillas here. Leona’s industrial tortilla oven have produced as many as 40 thousand tortillas daily, all from recipes it took her two years to perfect. The gamut of flavored tortillas includes whole wheat, chile, garlic and even apple-cinnamon tortillas reminiscent of mom’s apple pie. Her tortillas include only all-natural ingredients and sugar, when appropriate.

Leona’s Restaurante is as modest as the nice lady who greets all her customers with a smile. That would stand to reason considering its genesis is as her childhood home’s storage shed which she converted into a mostly take-out operation. The restaurant is nestled under large catalpa trees, one of which peeks out from the corrugated roof. Only a courtyard separates Leona’s from the Santuario which is visited during Holy Week by some 40 to 50 thousand pilgrims, many of whom are fed by Leona and her family.

Their thirst is slaked by homemade horchata and lemonade, some of the best in northern New Mexico. Their hunger is abated by a menu featuring traditional New Mexican favorites crafted from recipes in which only all natural ingredients free of any preservatives are used. That’s the manner in which they were prepared when Leona’s family settled in the Chimayo valley hundreds of years ago. Some patrons contend that Leona’s carne adovada is without peer in northern New Mexico. The chile marinated pork is tender and delicious and the chile in which it is bathed is incendiary, just the way locals like it.

One of the things for which Leona’s is known are tamales. These are some of the best in the state. A thin sheath of flavorful corn masa envelops tender tendrils of red chile marinated pork. They are wrapped in corn husks and steamed to a flavorful perfection. The chile is tongue-tingling and delicious. You’ll want to take home a dozen or more of these packages of gold, but when you get them home, don’t desecrate them by using a microwave. Steam them to elicit the melding of flavors from corn, chile and pork.

Handheld burritos are another popular item. Try the wheat tortilla engorged with roast beef, bean and red chile burrito for a real treat that will elicit a glisten from your brow. The tortilla is robust enough to hold in the ingredients, but not the flavor.

Leona’s became famous in 2003 when Michael and Jane Stern introduced the world to this Chimayo institution while writing for Gourmet magazine.

If it’s been a while since you’ve displayed a genuine smile, one visit to Leona’s will change that.