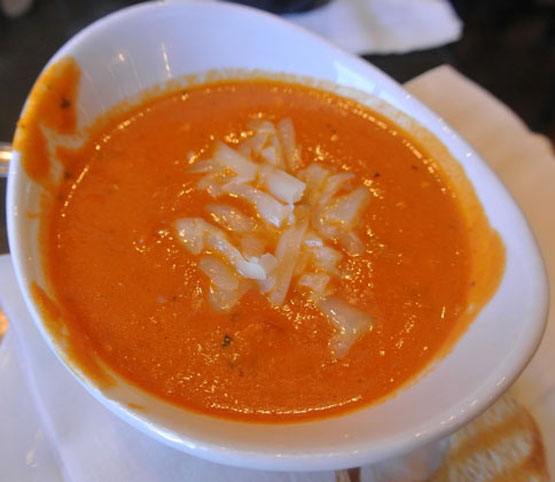 NOTE: The Bosque Brewing Company has six locations including two in Las Cruces and one in Bernalillo.  Only the location in San Mateo reviewed here has closed.

In 1978, the number of breweries across the fruited plain had fallen to an all-time, post-Prohibition low of 89. That year President Jimmy Carter signed into law, a bill that legalized home brewing on a national level. Since the craft brewing market began to pick up steam in the mid- to late-1980s there has been no surcease in sight. Today, there are more than 2,500 breweries operating across the United States with another 1,500 breweries in the planning stage. According to the Brewers Association, as of 2013 the craft beer industry experienced double-digit growth four straight years in both dollar sales and volume.

So what accounts for such growth in popularity of local beer? Experts theorize that similar to the locavore trend in the culinary world, cervisaphiles (aficionados of beers and ales) have grown tired of being subjected to industrially brewed swill (anyone remember the “skunky” beer commercials?) and have discovered the pleasures of carefully crafted beer flavors made under the same roof where it’s consumed. A similar evolution among consumers also transpired among oenophiles (wine connoisseurs) and coffee-drinkers.

These trends have not been lost on the Duke City which in 2014 was named by Livability.com as “America’s best mid-sized city in the country for beer.” According to the Web site, Albuquerque is known for its “cultural diversity, authentic landscapes and genuine characters – and that extends to its brews. Residents here enjoy mostly sunny days and have their pick of micro-breweries that always have fresh beer on tap.” As of July, 2016, Yelp listed more than thirty brewery restaurants in the metropolitan area from which cerevisaphiles can pick with new ones launching virtually every month.

The Bosque Brewing Company entered the keenly competitive craft beer foray in November, 2012 and, despite a location far from the beaten path, has experienced significant growth. Thanks to a March, 2014 expansion, the brewery now has a production capacity of 3,500 barrels per year–ten times more than what it sold during its first year of operation. A second location on Girard just south of Central Avenue in the University of New Mexico area launched in late spring of 2014. I wouldn’t be writing about The Bosque Brewing Company, however, if it didn’t also serve food that’s a notch or two above most pub food.

Surprisingly–considering the quality of the food–the Bosque Brewing Company didn’t (during my inaugural visit in 2014) boast of a large kitchen in which a staff of chefs, sous chefs, expediters and servers prepared and served your food. Instead, all the food was prepared behind the bar on small countertop stoves and a panini press. The kitchen’s motto “Flavor Is Boss” was an ambitious expression considering the spartan cooking capacity, yet large flavors emanated from that Lilliputian kitchen. In June, 2016, after my friend Ryan “Break the Chain” Ryan apprised me that the Brewery had “completely reimagined their menu” and now served “outstanding” food, a return visit became inevitable.

During our return visit our server informed us that the brewery now had a full-service kitchen and is now able to prepare and serve more than just sandwich-type fare. The menu now offers true gastropub fare–high quality, freshly prepared food that may surprise discerning diners. It’s a diverse menu, several orders of magnitude superior to the stereotypical pub grub of yore. Small bites include duck confit egg rolls, long the domain of the Zinc Wine Bar & Bistro. The “something to share” section of the menu offers so many intriguing options that you’ll be hard-pressed to decide what to have. Similarly, burger and sandwich fare is mouth-wateringly inviting. Then there’s the “Big Appetites” section of the menu which lives up to its name though it could just as well be called “Big Flavors.” Cumin is used in the chile recipes.

11 May 2014: The special of the day during our inaugural visit was a German brats made with a housemade tarragon sauce and sauerkraut. The tarragon with its sweet-tangy flavor and anise-like notes should be bottled and sold. It is that good! The bratwurst sandwich is thick, meaty and heavily spiced while the sauerkraut has a tangy, zesty flavor without the lip-pursing qualities of some sauerkraut. The German brats weren’t available during our second, but our server informed us the menu changes frequently and that the brats might someday make a triumphant return. Even if the brats aren’t available, the tarragon is (on the tarragon turkey sandwich). It’s too good not to grace the menu.

11 May 2014: Soup of the day is not to be missed if it’s roasted red pepper and smoked Gouda soup. While it’s undoubtedly even better on a cold winter day, it’s a delight any time of year and would probably taste just as good cold as it does steaming hot. The smooth, mellow flavored smoked Gouda pairs exceptionally well with the vibrant sweet-savory-tangy flavors of the freshly roasted red peppers for a full-flavored and hearty soup. The salad and soup section of the menu also lists New Mexico’s ubiquitous green chile pork stew, always a crowd-pleaser but especially good on blustery days.

2 July 2016: Perhaps no sandwich is as ubiquitous on deli and sandwich shop menus as is the Reuben, (corned beef, house-made sauerkraut, and thousand island dressing served on rye) a sandwich with several variants, most of them delicious. The Bosque Brewing Company’s version is very admirable in that the corned beef is piled high (or at least high for Albuquerque) and the sauerkraut is plentiful. The marbled rye is a perfect canvas, offering an assertiveness that counterbalances the sweetness of the thousand-island dressing. No longer served solely with a heaping helping of Kettle chips, you can have your burger or sandwich with your choice of fries or seasonal veggies or you can substitute house or Caesar salad or soup for two dollars.

2 July 2016: Mussels are offered two ways on the “something to share” section of the menu. Now, if mussels are prepared well, they’re too good to share unless you really love someone. Few Thai restaurants could have prepared mussels quite as good as the Thai-style mussels (blue point mussels with a spicy coconut milk broth with ginger, garlic, Thai chile, and cilantro served with a baguette to sop up the juicy goodness). The blue point mussels are fresh and meaty with none of the characteristic off-putting “fishiness” that defines bad mussels. The broth is wonderful, reminiscent of an excellent Tom Kha Gai (Thai coconut soup). While the baguette does its job admirably and dredges up the broth with efficiency, you’ll probably ask for a soup spoon, too.

2 July 2016: Poutine, an artery-clogging Canadian delicacy, is to Toronto, Canada what red and green chile are to New Mexico. In other words, it’s a long-time favorite, a tradition and a way of life. At its very core, poutine combines three simple ingredients: fresh-cut pomme frites (French fries), homemade gravy and toothsome cheese curds. Beyond these three ingredients, poutine is open to both interpretation and augmentation. On the “Big Appetites” section of the menu, the Bosque Brewing Company offers an Albuquerque meets Toronto poutine dish big eaters will enjoy. That would be the duck poutine (a heaping mound of fries topped with red chile duck gravy, white Cheddar cheese curds, and shredded duck confit). The red chile doesn’t register much in terms of heat, but its flavor does sneak in just a bit. Molten white Cheddar cheese curds and a plenitude of shredded duck confit bring out the best in the fries (which don’t appear to be the standard out-of-a bag variety). Ryan may confiscate my man card when he finds out I could finish only about half the prodigious portion.

The Bosque Brewing Company is located almost as far north as you can go on San Mateo before its terminus, but if you’re thinking San Mateo east of I25, you’d be wrong. Make sure to consult your favorite mapping application before heading there. If the beers are comparable in quality to the food, this brewery is going places.