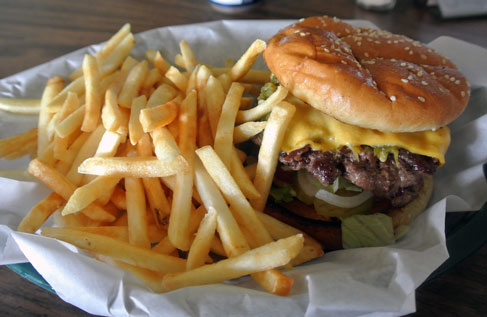 There’s an old Lebanese proverb that says, “some men build a wine cellar after only finding one grape.” That proverb aptly describes the many rags to riches success stories among Lebanese immigrants to the Land of Enchantment, primarily to our state’s northern villages. Some of New Mexico’s most prominent names in business–Maloof, Bellamah, Hanosh, Ghattas, Sahd and others–embody the spirit of that proverb.

The progenitors of many of New Mexico’s Lebanese immigrants left Lebanon during the repressive Ottoman Empire, the main exodus occurring in the late 19th and early 20th centuries. Escaping persecution and poverty, some arrived with nothing but aspirations, dreams and hopes. The frontier territory of New Mexico was replete with opportunity (and the prospect of freedom) for them.

Like their Phoenician forefathers had done, many of them began as door-to-door peddlers, many eventually launching trading posts or general stores in the small villages in which they settled. The “Arabes” as they are sometimes still called by Hispanics were hard workers, shrewd businessmen, community-minded and family-oriented. They fit right in with the tight-knit Hispanic communities which shared similar values–so much so that Los Arabes of New Mexico, a wonderful book written by Monika Ghattas is subtitled Compadres From a Distant Land.

In the vernacular and tradition of Hispanic Northern New Mexico, few–if any–titles were held in such esteem and reverence by elder generations as “compadre” (male) and “comadre” (female). In his Dictionary of New Mexico & Southern Colorado Spanish, Ruben Cobos defines a compadre as a “ritual co-parent; a term by which godparents address the father of their godchild and by which the child’s parents address the godfather.” That’s the esteem to which many of the Arabes were…and still are held today.

On January 1st, 1913, a mature beyond his 22 years of age Arabe named Joseph Hanosh opened the Hanosh Brothers Trading Post in the small village of Bibo, New Mexico. Most of his customers were either Native Americans from nearby pueblos and Spanish descendants. Joseph befriended many of his neighbors, joining in holiday festivities and celebrations as well as day-to-day activities. He ran the operation until 1946 when his daughter and son-in-law purchased the mercantile in which they operated a grocery store on one side and a bar on the other. As time went by, the bar became the focal point of the family business.

Today the Bibo Bar & Grille is owned and operated by Joseph’s grandson Eddie Michael who also serves as Cibola County Commission Chairman. Surmounting a rough patch after the nearby uranium mine’s closure, the Bibo Bar has become a popular Cibola County destination frequented by motorcycle and car clubs from throughout the north. At least some of that can be credited to the food prepared and served on the premises.

The green chile cheeseburger, in particular, warrants acclaim and was placed on the New Mexico Green Chile Cheeseburger Trail in both 2009 and 2011. My first visit was prompted by an email from Randall, one of the most passionate commentators on this blog. Randall made the audacious claim that Bibo’s green chile cheeseburger is even better than the one served at the 66 Pit Stop, home of the Laguna Burger. Randall might just be right!

4 January 2021: The green chile cheeseburger is a beefy behemoth–half a pound of beef, lettuce, tomato, onion, pickle, cheese and green chile with mushrooms and bacon available for a bit more. The beef patty is hand-formed and extends beyond the six-inch buns. It’s a thick patty prepared at not quite medium-well with enough juiciness to warrant at least three napkins and so much deliciousness, it may make you swoon. The sesame seed buns aren’t quite up to the task of holding in all the contents of this burger, but on the other hand, at least you’re not choking down more bread than beef. The green chile (spelled “chili” on the menu) is pleasantly piquant. It’s an outstanding green chile cheeseburger which sadly didn’t photograph well on my SUV’s dashboard.

5 January 2021: The menu isn’t a one-trick-pony, featuring everything from grilled chicken sandwiches to hamburger steak to pulled pork sandwiches and much more with your choice of  fries or onion rings (much better than the fries).  Pre-Covid, you could belly up to the charming bar and get to know the friendly staff and enjoy the black-and-white photographs festooning the dining room’s walls. During our January, 2021, visit, the bar and restaurant were practically hermetically sealed, a consequence and necessity wrought by the pandemic.  We missed banter with the friendly staff.  We missed the old normal.

5 January 2021: Should the New Mexico Tourism Department ever decide to publish an official New Mexico Salsa and Chips Trail, that trail would meander through Bibo where the housemade chips and salsa are worth a trip.  With a pleasant piquancy and inimitable tinge of freshness, the salsa is an exemplar of deliciousness.  A generous portion of crisp, low-in-salt triangular-shaped corn tortilla chips means you’ll probably run out of salsa before you run out of chips.

It’s entirely possible some readers have never heard of Bibo, New Mexico. Bibo can be reached by taking exit 114 off I-40 then heading 11 miles north of Old Laguna on Highway 279. The scenery along the route is spectacular…and so is the green chile cheeseburger.