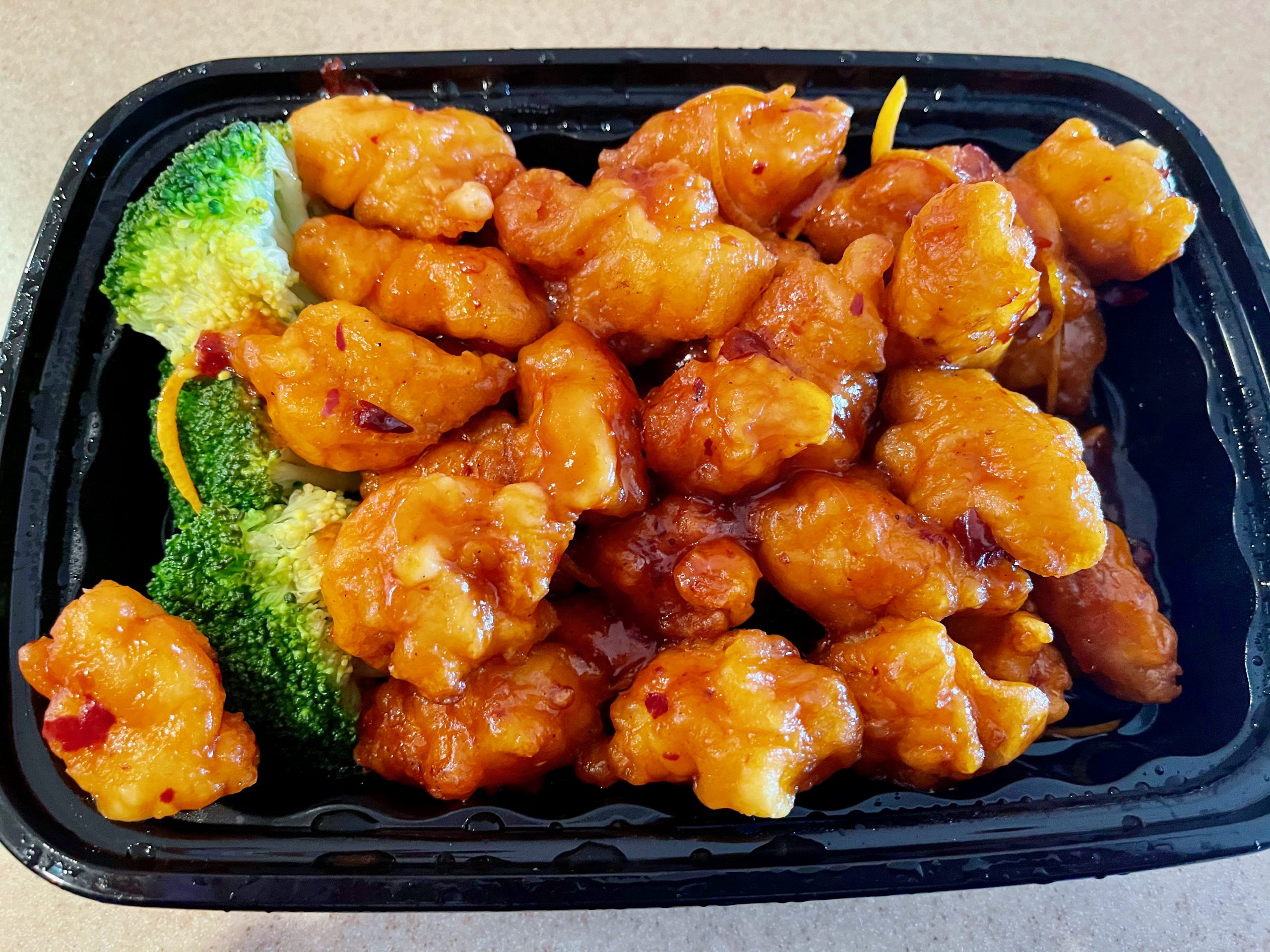 Admit it–every time you dine at a Chinese restaurant, you peruse the Chinese Zodiac paper placemats at your table describing the characteristics of people based on their birth year. Every new year of the lunar calendar is represented in Chinese mythology by one of twelve animals, only one of which is mythological. That would be the dragon. People born on the year of the dragon are considered very fortunate as presumably a long, happy life awaits those with a dragon birth year. So that you don’t have to look it up, the last six years of the dragon were 2012, 2000, 1988, 1976, 1964 and 1952. If you were born before 1952, simply subtract 12.

Long before Hungarian Horntails, Swedish Short-Snouts and Norwegian Ridgebacks ran roughshod over the wizarding world of Harry Potter, giant-winged, fire-breathing reptiles were carving a niche in the rich history of China. Unlike the malevolent maiden-stealing, village trashing, knight incinerating creatures of old European mythology, dragons in China were viewed as benevolent entities capable of bringing rain to a parched land. The dragon signified power, strength and good luck. Starting with the Han Dynasty (206BC – 220AD), Chinese emperors assumed the symbolism of the dragon, hoping to bring good fortune to their lands.

Residents and employees of businesses in Albuquerque’s Northwest quadrant haven’t always considered themselves lucky when it comes to Chinese restaurants. My friend Larry McGoldrick, the professor with the perspicacious palate, couldn’t think of a nice thing to say about the Dragon House’s predecessor, a Chinese restaurant named Fortune Cookie. Since Larry bit the bullet in visiting the Fortune Cookie, we thought it only fair that we try its successor. Before placing our order we confirmed that the Dragon House isn’t the Fortune Cookie reborn with a fresh coat of paint and new name.

The Dragon House looks like almost every cheap-eats Chinese restaurant in town–only maybe a little bit less so. Decor is austere, lacking many of the stereotypical trappings of Chinese restaurants. This is not a restaurant you’d ever nominate for a Good Housekeeping award unless shocking shades of orange and leatherette banquettes are what’s trending in haute decor. Seating is more functional than it is comfortable. It’s a good thing esthetics are a virtue that can be overcome with good food, attentive service and reasonable prices.

Health-conscious diners will be happy to hear the stir-fry preparation that’s a hallmark of the Dragon House’s extensive menu relies on less oil and less fat. Heart-healthy choices–mostly steamed dishes–provide a nice alternative to stir-fry and there’s no MSG to be found anywhere. The menu is a compendium of American Chinese food favorites, but not just the usual sweet-and-sour suspects. With several pages of choices, you’re bound to find something you’ll like and you’ll appreciate the low, low cost. Lunch specials are priced for 1995 not 2016. The Dragon House does a robust take-out business.

12 June 2016: With the usual appetizer line-up of egg rolls, won tons, dumplings and the like, you might not expect any surprises. What might surprise you is how much you’ll enjoy the dumplings, available steamed, fried or a combination thereof. Prepared to order, these eight crescent-shaped beauties, engorged with pork and vegetables, would stand out even without dipping sauce, but they probably wouldn’t be quite as exciting. The Dragon House serves the dumplings with three plastic squeeze bottles, each featuring a different sauce. Predictably, the most anemic is the sweet-and-sour sauce which is just run-of-the-mill. Equally good and both incendiary, the hot mustard and chili sauce are quite good.

12 June 2016: One of the most beauteous and colorful dishes on the menu showcases the fun and delicious properties of crispy noodles, my Kim’s favorite. Served steaming hot, the steam and the gravy-like sauce reconstitutes the noodles. They may start off crunchy and dry, but stir them just a bit, let the steam do its work, and they reacquire the soft noodle texture typical in soups and noodle dishes. A layer of those crispy noodles is topped with a colorful array of vegetables (green pea shoots, orange carrots, green peppers, yellow baby corns) and barbecue pork. The vegetables are perfectly al dente while the crimson-rimmed barbecue pork lends a sweet-savory quality. This delicious dish offers delightful textures, flavors and colors.

12 June 2016: My friend Ming Lee who was born and raised in Singapore laughs at the notion that Singapore Noodles originated in the island city-state of his birth. Their origin, he tells me, is Cantonese. Indeed, they’re a standard of Chinese restaurants, but can also be found in some Vietnamese restaurants (the May Cafe’s version are Albuquerque’s standard-bearer). As with other versions of Singapore noodles, the Dragon House’s rendition is seasoned with curry powder and its vermicelli-thin rice noodles are stir-fried along with shrimp, Chinese roast pork and a mix of vegetables. The Dragon House’s version is a bit on the dry side with yellow curry powder redolent in every morsel.

9 January 2021: Orange chicken is believed to have been inspired by Hunan cuisine in China. Made specifically for Chinese restaurants in America, purists denounce it as “not an authentic Chinese dish.” They argue that Hunan dishes are typically spicy and sour, not sweet like orange chicken. The counter argument is that orange chicken is true to Hunan cuisine because the main flavor dominates the dish and it is very fragrant. Whatever your perspective, you can’t argue that orange chicken isn’t delicious. At Dragon House, each piece of boneless, skinless chicken breast is at about a bite in size. Dredged in a rather thick batter then fried, it’s somewhat more mushy than we would have liked.  Orange peel and chili flakes to give it personality, but it’s still rather on the sweet side, not as balanced as other versions we’ve had.

9 January 2021:In the west, it’s generally accepted that the human tongue can discern only four different tastes and that all tastes in the dining experience are combinations of those four: sweet, bitter, sour, and salty. By contrast, the Chinese have long believed that the human tongue possesses a fifth taste sensation–one that can detect pungent foods. Chinese postulate that each of the five taste sensations corresponds to one of nature’s five elements: water, fire, wood, metal, and earth. Five spice powder, a seasoning used frequently in Chinese dishes, supposedly embodies each of the five tastes in Chinese cooking.

The five spices which make up this popular seasoning are a mixture of star anise, cloves, Chinese cinnamon, Sichuan (Szechuan) peppercorns, and fennel seeds.  Despite the popularity of the seasoning, it’s not often we find five spice chicken on any Chinese restaurant menu so we were more than curious to see how prevalent the named seasoning would be.  We were amply rewarded with a dish possessing a balanced flavor profile–sweet warmth from cinnamon and fennel, cooling from cloves, fiery notes from the peppercorns and a distinct licorice-like flavor from the star anise.  There was also balance in the chicken to vegetable proportion with earthy mushrooms, sweet carrots and tender zucchini blending nicely with the very lightly breaded dark meat chicken.