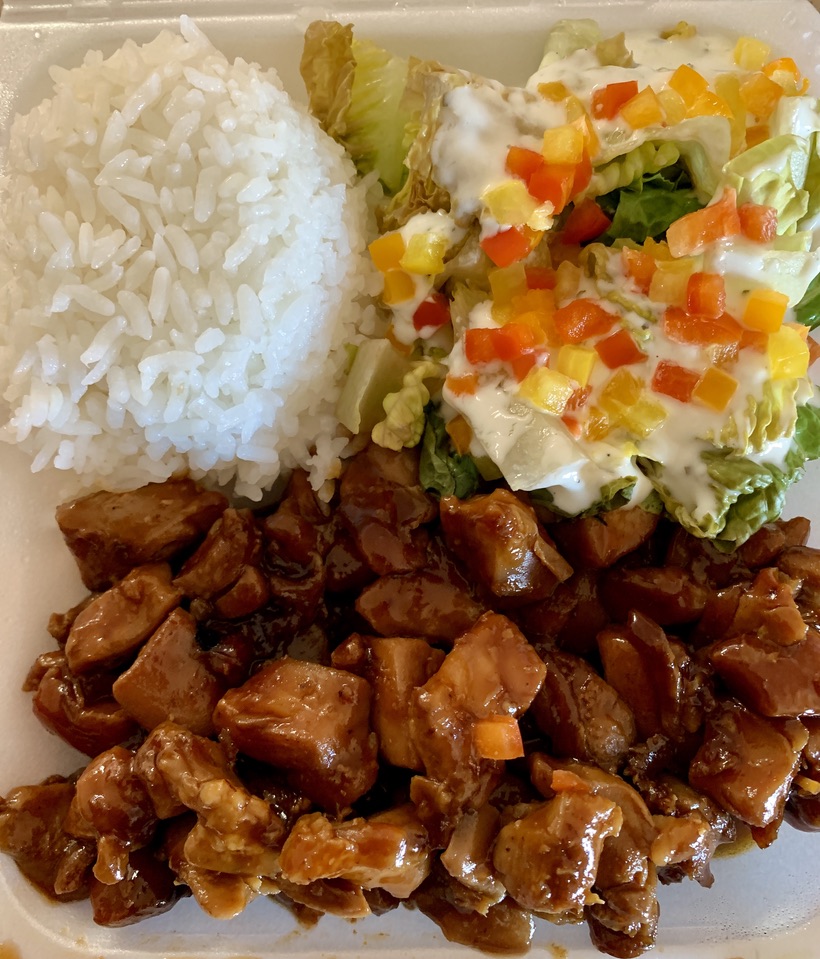 For over a quarter century, the most popular section in New Mexico Magazine (the nation’s oldest state magazine, by the way) has been a humorous column entitled “One of Our Fifty is Missing.” The column features anecdotes submitted by readers worldwide recounting their experiences with fellow American citizens and ill-informed bureaucrats who don’t realize that New Mexico is part of the United States. Some travelers from other states actually believe they’re leaving their nation’s borders when they cross into New Mexico. Others think they need a passport to visit (not that they’d visit considering they’re wary of drinking our water.) Merchants and banks throughout America have been known to reject as “foreign credit cards” American Express and Visa cards issued by New Mexico banking institutions.

As the 47th state to join the Union, New Mexico has nothing on Hawaii, the 50th state.  Denizens of the mainland blithely cling to stereotypes about The Aloha State.  That is, if they even recognize that Hawaii is actually a state.  Among the most ludicrous of the fallacious stereotypes (and maybe this one is based on wishful thinking) is that women wear leis, grass skirts and coconut bras.  Men, of course, wear Hawaiian shirts and commute on surfboards to their jobs picking pineapples.  When they’re done, they retreat to their grass hut homes on the beach and throw a luau.  Then there’s the misconception that Hawaiians eat Spam for breakfast, lunch, dinner and snacks.

Oh, wait.  That last one isn’t a stereotype.  Some Hawaiians do each Spam for breakfast, lunch, dinner and snacks.  In 2015, National Geographic claimed Hawaii consumes an estimated five-million pounds of Spam a year.  Per capita, that works out to about six cans a year for every man, woman and child–a significant caloric overachievement in that each 12-ounce can is supposed to contain six servings and each serving includes 25-percent of the fruited plain’s daily fat intake and 33-percent of a day’s sodium.  In markets across the Aloha State, you’ll find such Spam variants as Honey Spam, Spam with Bacon, even Hot and Spicy Spam.  Spam is even served in local McDonald’s and Burger King chains.

Beside Spam, what else do Hawaiians eat?  Well, in addition to an abundance of fish, the island’s culinary culture is a rich medley of foods introduced by the Polynesians who first settled the islands along with dishes, ingredients and cooking techniques from China, the Philippines, Japan, Korea, Portugal and other countries.  Hawaiian cuisine is as unique and varied as New Mexican cuisine.  In recent years, poke (raw fish raw fish, cut up into bite-size chunks and flavored with some combination of salt, green and white onions, garlic, chili pepper, soy sauce, and sesame oil), one of the most popular dishes in Hawaii has made its way to the mainland where it’s been embraced enthusiastically.

Over the years, Duke City diners have become acquainted with a “subset” of Hawaiian cuisine without having to venture to the islands.  At Poki Poki Cevicheria, we’ve fallen in love with poke, albeit a creative departure that incorporates “Latin” ingredients and flavors with ingredients and flavors rooted in Hawaii.  At the amazing Ohana Hut, we’ve become besotted with Hawaiian style sushi as prepared by über Chef Raul Maestas.  Preceding these celebrated restaurants with a presence in Albuquerque since 2013 is Kimo’s Hawaiian BBQ.  Kauai native James Strange initially launched Kimo’s as a food truck (that’s mobile kitchen to you, Bob).  Four years later, he transitioned to a dual brick and mortar and food truck operation.

Kimo’s Hawaiian BBQ invites you to “come taste the islands” at a relatively small storefront on Girard just north of Candelaria (about three doors down from the trendy La Cumbre Brewpub).  At first glance, the area seems rather “industrial,” but in addition to La Cumbre (which hosts a number of food trucks), you’ll find The Cornoviore Popcorn Company and Bacon Jam within walking distance.  If this area becomes a dining destination, it will be because of this quadrumvirate.  There aren’t many parking spots in front of Kimo’s, but you can usually find a few vacant spots on the street.

Step into Kimo’s and you’ll espy a predictably thematic arrangement of surfboards on the wall, sharing space with the flag of the great state of Hawaii.  A surfboard just above the counter greets you with “Aloha,” the traditional and most versatile Hawaiian word which can mean both “hello” and “good bye” as well as “love” and “affection.”  Fittingly, a surfboard above the front door is inscribed with the Hawaiian term “Mahalo” which means “thank you.”  You can admire the surfboards and other island accoutrements later–after you’ve ordered from a very inviting menu.  Befitting the relatively Lilliputian digs, the menu is rather on the small side, but it’s replete with deliciousness.

In the tradition of Hawaii, the menu lists some eight “plate lunches” which are comprised of a big scoop of rice, macaroni salad and an entree.  There are no “appetizers” on the menu though you will find six “sides” which, by another name are basically starters or appetizers.  The menu also lists burgers, dogs and sandwiches though not the usual suspects you’ll find at most restaurants.  Two desserts and three salads round out a very intriguing menu.  When I ran the menu by my friend Schuyler who had the great fortune of having been stationed in Hawaii (while my Kim and I were stranded in Mississippi), he seethed with envy.  These are the dishes with which he fell in love during his four-year tour in the islands.

Schuyler made it a point to rave about the kalua pork he enjoyed in Hawaii, explaining it’s the most common food served at traditional luaus.  He described a rather laborious process of cooking an entire pig in an underground oven called an Imu. In the mainland, especially within the confines of a metropolitan area, it’s more likely the kalua pork is prepared in a slow cooker and seasoned with liquid smoke. That’s how I suspect Kimo’s version is made. Regardless of how it’s prepared, the kalua pork is magnificent–tender tendrils of shredded pork. We enjoyed it two ways, the first being in the form of Kalua Pork Nachos, a mound of tortilla chips covered with the kalua pork topped with melted cheese and barbecue sauce. It’s a bit messy, but if you wear your favorite red Hawaiian shirt, no one will notice any spills.

The second way we enjoyed the luau-worthy pork was in the form of a Kalua Pork Sandwich (slow roasted pulled pork and homemade coleslaw).  Never having been to Hawaii, the sandwich actually reminded me of chopped pork sandwiches I’ve enjoyed in South Carolina (where “pulled” pork is rare).   The tender tendrils of porcine perfection are akin to the Ivory soap commercial of yore in that they are 99 and 44/100% pure with none of the fat or sinew that sometimes gets mixed into pulled pork.  The sweet, sticky sauce is more reminiscent of what is used on Kansas City barbecue.  The coleslaw is creamy and sweet.

Honolulu Advertiser columnist Bob Krauss describes loco moco as “a gastronomical monstrosity — that cholesterol blockbuster, that bane of the American Heart Association.”  To Hawaiians, that’s just high praise for their favorite of all comfort foods.  Loco moco is the most popular breakfast dish in Hawaii and as you might suspect, the term “loco” does translate from Spanish to “crazy” (ask a native New Mexican what the term “loco moco” translates to and they’ll wonder why you’re asking about “crazy boogers”).  Kimo’s version is very traditional–a generous scoop of white rice, topped with a hamburger patty then drenched in thick brown beef gravy. The entire dish is then topped with a fried egg, best served over easy so the yolk and gravy can intermix.  This dish surprised me in two ways.  First, that it’s listed on the sandwich section on the menu.  Second, just how much I liked it.  It’s a good thing Kimo’s isn’t too far away or I might have to move to Hawaii for more loco moco.

It’s pretty rare that my Kim prepares a dish at home that she’s never had at a restaurant.  We have my great friend Becky Mercuri to thank for introducing us to huli huli chicken, a grilled chicken dish that’s been marinated in a teriyaki-style sauce.  In Hawaiian, “huli huli” means “turn, turn” (I can just hear BOTVOLR singing the 1960s song “Turn! Turn! Turn!” by The Byrds) because the chicken is grilled between two racks and is turned halfway through the cooking process.  Kimos version is served in smaller than bite-sized pieces.  We couldn’t discern a grilled flavor, but enjoyed the sweet, sticky sauce with hints of acidity (maybe pineapple).

In Hawaiian, the term “Kimo” means “supplanter” as in someone who “takes the place of” or “replaces.”  Kimo’s certainly does that, supplanting hunger with fully sated and contented bellies.  Kimo’s is an island paradise in the middle of Albuquerque.