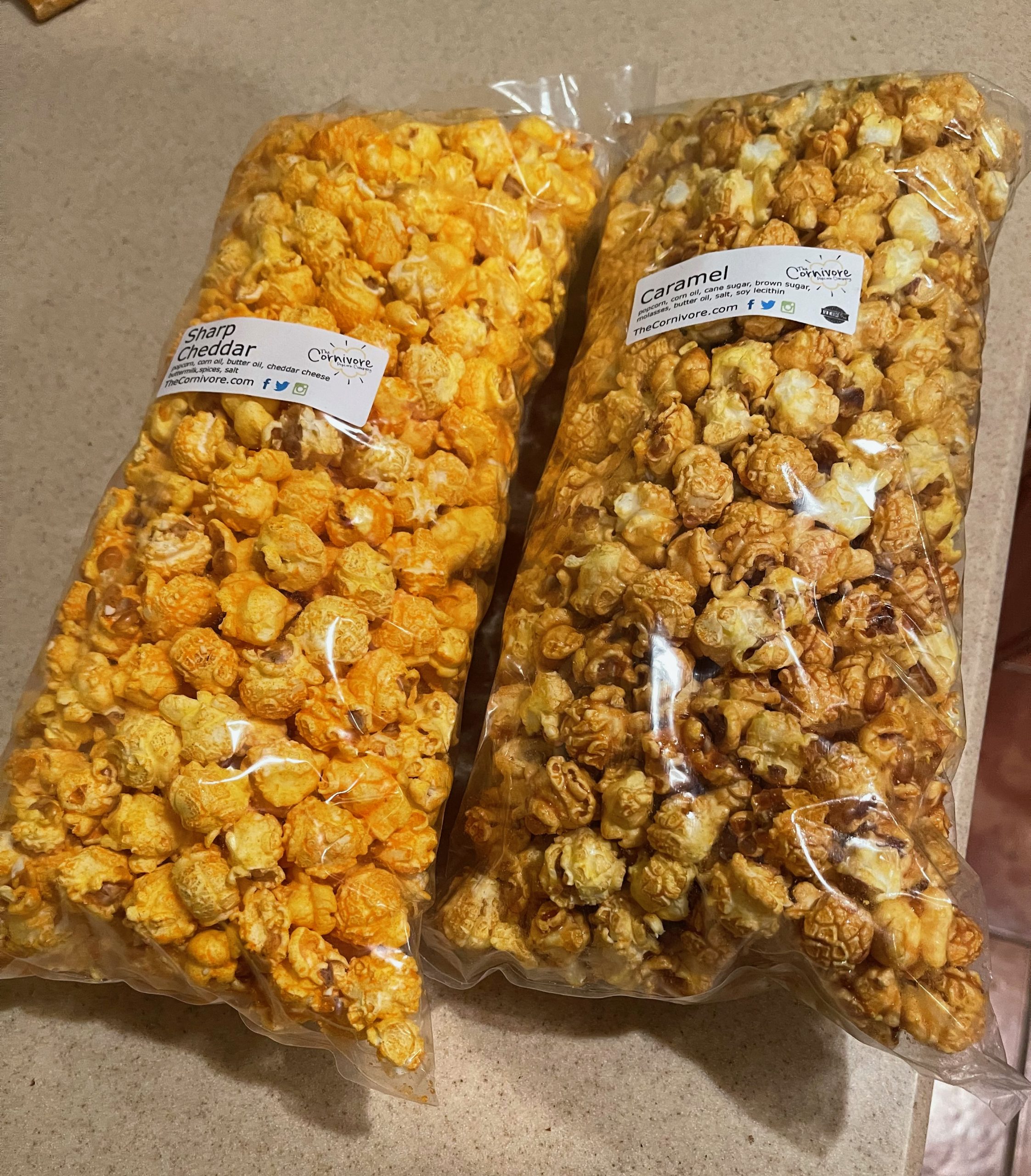 “Popcorn for breakfast! Why not? It’s a grain.
It’s like grits, but with high self-esteem.”
~James Patterson

The planet’s very first known popcorn aficionados may have expressed the sentiment “to the batcave”  long before Batman, the Caped Crusader uttered the words to Robin, the Boy Wonder.  After long days of hunting and gathering, foraging and fishing, our primitive progenitors–nearly six-thousand years before the advent of Netflix–would adjourn to a cave to enjoy popcorn (which, ostensibly, was delicious even without butter, caramel and Cheddar).

Contrary to popular opinion, the world’s oldest popcorn did not come from the same movie theater which also houses the world’s oldest hotdog, a perpetually rotating hot dog seared to a leathery sheen under a heat lamp.  The oldest known popcorn to date was actually discovered in a dry cave in West Central New Mexico.  Dubbed the “bat cave,” it yielded several individually popped kernels as well as a trove of unpopped corn.  These kernels were carbon-dated and shown to be approximately 5,600 years old.

During his ransacking of Mexico, Spanish explorer Hernando Cortes was among the first Europeans to glimpse popcorn. In addition to enjoying it as a snack, Aztecs used popcorn to decorate ceremonial headdresses, necklaces and ornaments on statues of their gods.  Spanish historian Bernardino de Sahagun, a Franciscan priest, described popcorn as “a kind of corn which bursts when parched and discloses its contents and makes itself look like a very white flower,”  making him the first food critic in the new world to review popcorn.

The world’s first “portable” popcorn machine was introduced in 1893 at the Chicago World’s Expo.  Weighing in at nearly five-hundred pounds, it was considered “light” because it could be pulled around by a pony to the fairgrounds.  Just three years later, two enterprising brothers found a process to keep their popcorn, molasses and peanuts confection from sticking together.  It garnered a reaction of “that’s crackerjack” (forerunner for “cool!” or “awesome!”) from a salesman who tried it.  Cracker Jack was immortalized a few years later when a new song “Take Me Out to the Ball Game” urged spectators to “buy me some peanuts and Cracker Jack.”

The 20th Century saw popcorn’s continued evolution and growth in popularity.  Some of us are seasoned enough to remember Jiffy Pop with a disposable pan handle which made it easy to shake over the stove and watch the foil cover expand as the corn popped.  It truly was “as much fun to make as it was to eat.”  In 1980, Weight Watchers embraced popcorn as an accepted Weight Watchers program snack.  Three years later, microwave popcorn was launched, quickly becoming the favorite way to make popcorn.  By 2004, Americans were consuming an average of 59 quarts per year per person.

According to the Popcorn Institute, “in 2018 Americans consumed 15 billion quarts of popped popcorn or 45 quarts per man, woman, and child.  The Institute also reports that approximately 70 percent is eaten in the home (home popped and pre-popped) with the remaining 30 percent outside the home (theaters, stadiums, schools, etc.). Unpopped popcorn accounts for approximately 90 percent of sales for home consumption.  Good popcorn should provide at least 98 percent popped kernels with well under two percent “spinsters” or unpopped kernels.”

In 2019, CNN Travel compiled a list titled “American food: The 50 Greatest Dishes.”  It might surprise you to learn that Thanksgiving dinner supplanted the sacrosanct cheeseburger atop the list or that Reuben sandwiches were higher rated (third) than hot dogs.  What probably won’t surprise you is that popcorn ranked 24th, placing in the top half of the 50 greatest dishes across the fruited plain.  Fittingly, the narrative for popcorn included an Orville Redenbacher quote: “All hail the super snack.”

When it comes to snacks, my friend Sarita is a woman after my own heart.  She recently submitted a comment hailing a recent find aptly named The Cornivore Popcorn Company.  Always quick with a turn of phrase, Sarita had me wishing we weren’t more than twenty miles away.  Of course, if we were closer we might put a quick dent on those 59 quarts Americans consume per year.  Here’s what Sarita wrote:

“Now. Let’s talk snacks. Let me introduce you to a popcorn place called The Cornivore. Their popcorn is made without the artificial junk you find in a lot of other brands. Since they’re a New Mexican company, green chile plays a prominent role in their flavors. Green Chile Butter, anyone? Their Chicago variety is known as the “Chicano” mix. See what they did there? It’s made even better by adding green chile. As it’s been said many times in this blog, green chile improves everything it touches!

They operate out of a tiny-blink-and-you’ll-miss-it space on Girard. So, you can’t observe social-distancing there, but you *can* order online or by calling them. They deliver locally, or they’ll drop it in the mail. Their website is https://www.thecornivore.com/ Their Facebook page can be found at https://m.facebook.com/thecornivore They update it regularly too! Don’t despair if there’s a flavor you’re hankering to try and they’re sold out. Just check back again in the next day or two.”

22 May 2020: Sarita was spot on in lavishing praise on the Chicano Mix, described thusly on Cornivore’s website: “You say Chi-cago, We say Chi-cano. So everyone’s geeking over Chi-cago mix, you know caramel and cheddar mixed together for a crazy sweet and savory experience? Well, Chi-cago, check this, we made it better just like we make everything better; We added Green Chile!  In one sentence…Its Chicago, by way of New Mexico! ”  My Chicago born-and-bred bride actually now prefers the Chicano Mix to the caramel-Cheddar blend named for her former hometown.  She’s become a New Mexican.

22 May 2020: Almost as good as the Chicano Mix is Serendipity…”a perfect blend of Smoked Sharp Cheddar popcorn mixed with the lightest and crunchiest Cinnamon Caramel Corn you will find. The first flavor that hits is the smokey, salty flavor of the Smoked Sharp Cheddar followed up, after a salty second or two, with a sweet dark caramel hit that equalizes the saltiness of the Cheddar. The cinnamon finishes off the flavor by balancing the smokiness of the cheddar. No fake flavors here, just real natural spices. The flavor that remains is pure love.”  Pure love and pure genius!

21 July 2021: Making it a true triumvirate, our third bag of popcorn was the Sweet Lavender (our light and crunchy kettle corn, infused with only the freshest locally harvested lavender flowers. We never use extracts so there is no funky after taste for a subtle lavender finish).  Increasingly, lavender has become another unique New Mexico flavor, pairing magically with so many other flavors.  True to its description, the lavender flavor is subtle, not overly perfumed or floral.  We finished this perfect snack in one sitting.

19 November 2021:  Few things in life are as enjoyable as sitting around a campfire with friends and family and impaling a marshmallow with a wooden skewer and holding it over an open fire to create S’mores, a contraction of the phrase “some more.”  In honor of the beloved S’mores, The Cornivore Popcorn Company created the Campfire (A cozy blend of our toasted caramel graham cracker, chocolate and regular kettle corn. Perfect for “No Burn” nights! No fake marshmallow flavors here, we bring out the marshmallow flavor naturally creating a real flavor that doesn’t leave a chemical aftertaste.)  We planned only to sample the Campfire on our 23-mile drive home, but couldn’t put it down and finished it just as we were approaching our driveway.  It’s an absolutely delicious popcorn that just might trigger a few campfire memories of your own.

Make sure to check out The Cornivore’s story to learn more about “a local family owned business just trying to better the world with our delicious popcorn, made with simple ingredients you can find in your own cupboard!”

NOTE: During our 19 November 2021 visit, we were informed that The Cornivore Popcorn Company would be relocating to 3900 Menaul, N.E..  Ironically that location was previously occupied by Walker’s Popcorn Company which closed its doors at the tail end of 2020.