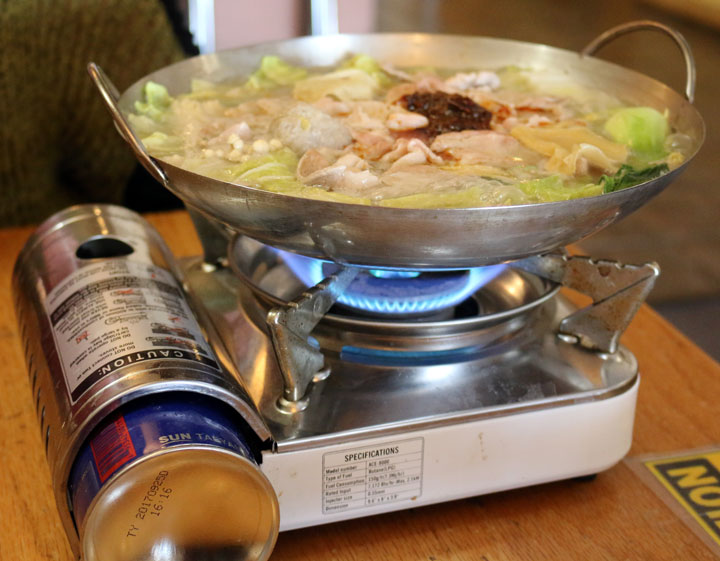 It was 2:15AM on a workday, a full four hours before my dreaded alarm clock was set to utter a tone surpassed for annoyance only by the screechy prattle on The View. Inexplicably my brain decided it was a good idea to play deejay and serenade me with Sukiyaki, the only Japanese pop song ever to top the charts across the fruited plain. Yep, my mind had been invaded by an earworm, a song that sticks with you long after the note is played. Akin to a broken record (millennials may have read about “records” in their history books) scratching the same chords over and over again, earworms can be nostalgic and pleasant or annoying and torturous, especially when they visit in the middle of the night.

Compounding this earworm is that the version of Sukiyaki stuck in my head was the Japanese version, not the only with English translations. So instead of repeating lyrics I understand, my mind was trying to replay incomprehensible Japanese phrases. Sukiyaki is not one of those tunes for which “la la la la la” will work. “Nyah nyah nyah nyah nyah nyah” works a little better, but it sounds a bit disrespectful. Replaying an earworm over and over when you don’t know the lyrics is an adventure in futility and frustration. At least, I consoled myself, it wasn’t Gangham Style, The Macarena or Achy Breaky Heart (and if reading those song titles triggered your own earworm, you probably hate me right now).

The funny thing is “suki” translates from Japanese to “slice thinly” and “yaki” translates to “boil or sear.” Put them “together and you’ve got Sukiyaki, a Japanese noodle dish with stir-fried vegetables and some sort of protein (pork, chicken, beef, fish) in a delicious broth. Other than its title, the song haunting me that night has absolutely nothing to do with the dish called Sukiyaki. Had Sukiyaki the song been about Sukiyaki the noodle dish, it would have made sense as my mind and stomach sometimes conspire to create dreams about a food I crave. Those types of dreams recess quickly, but earworms persist in their annoyance, much like winter in Buffalo, New York (a veiled shout-out to my friend Becky Mercuri who’s probably shoveling another foot of snow off her driveway).

Japanese Sukiyaki is but one form of hot pot cooking. Most Asian culinary cultures have their own versions of hot pot dishes, but the genesis of this cooking style is China. History tells of invading Mongol horsemen rigging their shields over campfires to sear meat and turning up those helmets in the embers to simmer soup. Put the seared meat and soup together and you’ve got a hot pot dish (not to mention the heads of Mongol hordes smelling like delicious soup). Hot pot has since been one of China’s signature dishes with regional variations accounting for a diversity of ingredients and proteins.

One commonality throughout Asia is the communal nature of traditional hot pot meals. Families and friends still gather around a steaming hot pot not only to escape winter’s biting chill, but to spend convivial time together in spirited conversation and fellowship. Unlike gobble and go meals across the fruited plain, a leisurely hot pot meal can last for hours. Sure, western cultures have fondue, the hearty tradition of spearing and eating gooey, melted cheese and rich, decadent chocolate, but it’s not quite the same as Asian hot pot.

Eating Chinese hot pot is a participatory event which typically begins well before diners are gathered around a communal table. First, soup stock is prepared, a laborious process involving the boiling of beef, pork or (and) chicken bones for a lengthy period of time. Meat is then sliced into thin strips as other fresh (an absolute must) ingredients and sauces are carefully prepared and placed around the table. Then and only then do diners begin the fun part. First they select morsels of prepared raw food and place them into the steaming soup stock until they cook. Diners then fish the cooked proteins and vegetables out of the soup and dip them in their sauce of choice. Of course, they also ladle up the broth and enjoy it, too.

The Bird Paradise Hot Pot, the Duke City’s first restaurant dedicated to the time-honored tradition of Chinese hot pot cooking opened its doors in November, 2017. It’s ensconced in a very unlikely International District location, essentially next door to the Bird Discount Liquors store and in the front part of a space which houses a bar behind the restaurant. In fact, many of the bar’s patrons walk through the restaurant to get to the bar (and they might just stop to ogle your plate). If you’re familiar with the spot previously held by Antonio’s Cafe & Cantina, you know the space. At present there’s no permanent signage to indicate you’ve made it to the Bird Paradise Hot Pot, just a banner indicating “Now Open.”

A dead give-away that you’ve arrived is the aromas emanating from tables in which other diners are enjoying their hot pot experience. Those aromas are positively intoxicating. Much as you may want to begin your own hot pot indulgence, ten appetizers beckon. Veggie tempura, seven pieces of crispy, lightly coated delights including sweet potato, eggplant and zucchini is an excellent choice if you want smaller fare. The tempura veggies are served with two dipping sauces, a sweet tempura sauce and spicy mayo with just enough bite to earn its name. It’s not a mind-blowing way to start an inaugural hot pot experience, but it’ll sate you until the main event.

More satisfying is a New Mexico meets China starter called Chili Puff, two pieces of green chile lightly coated in tempura batter and stuffed with cream cheese and crab meat with spicy mayo and eel sauce on top. Fire-eaters might want the green chile just a tad more piquant and the spicy mayo doesn’t add additional heat to counterbalance the sweetness of the eel sauce, the slightly sour, slightly salty cream cheese and the faintly fishy, briny flavor of the crab meat. Still, it’s a very pleasant appetizer. Cut it into inch-long slices and you could call it green chile sushi sans the vinegared rice.

There are seven hot pot options on the menu: vegetable, pork, chicken, beef, lamb, seafood and “water-land” (fish, squid, shrimp, scallop, oyster, beef, pork and chicken). All hot pot dishes are served with your choice of rice or dongfen (organic rice noodles) as well as the hot pot base, a soup stock made by boiling pork, beef and chicken bones for eight to twelve hours. Obviously, a veggie-based soup stock is used for the vegetable hot pot dish. Each hot pot dish also includes cabbage, carrots, flammulina (golden needle mushrooms), ice tofu, green onion and inch-long corn on the cob. If you’re of the carnivorous bent, you also get imitation crab and a beef meatball or pork meatball.

Instead of raw ingredients presented at our table for us to cook over the tabletop hot pot stove, our server ferried to our table a steaming hot pot pan bubbling with broth, vegetables and our choice of protein (pork hot pot for my Kim and lamb hot pot for me). Our proteins arrived eighty-percent cooked. We were instructed to submerge the uncooked proteins under the broth and told those proteins would finish cooking in about two minutes. Once cooked, we extricated those proteins and vegetables and immersed them quickly into the dipping sauce our server helped us concoct (chile oil, sesame, garlic, soy sauce along with cilantro and green onion for me). Throughout our meal, as the level of broth dropped because of evaporation and our slurping, our server replenished it faithfully. Our inaugural hot pot experience proved as delicious as it was enjoyable. Chinese hot pot is every bit as good as many Vietnamese phos and Thai soups we’ve enjoyed over the years–and it’s more fun.

From an experiential standpoint, the Birds Paradise Hot Pot is unlike any other restaurant in the Duke City. From the perspective of service, its a bastion of hospitality and kindness. From a culinary point of view, it’s hot pot dishes are delicious and comforting. For this earworm-haunted blogger, it’s what I’ll think of when Sukiyaki visits me again.