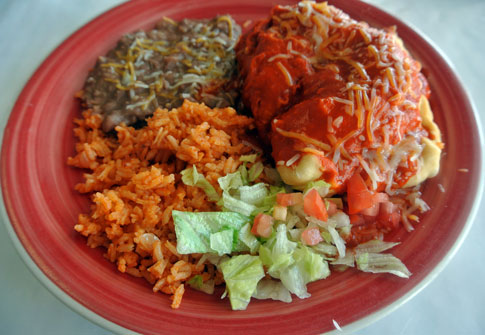 For nearly twenty years–from 1954 to 1972–newspaper, magazine, radio and television advertisements for Winston cigarettes deliberated whether American smokers wanted good grammar or good taste. This was in response to catchy jingles (and if you’re over 40, get ready for an ear worm) claiming that “Winston tastes good like a cigarette should.” Grammarians took umbrage with the solecism, arguing that the word “as” was more appropriate than the word “like.”

From 1974 to 1991 the advertising world introduced another vexing debate: “tastes great” or “less filling.” To entice “Joe Sixpack”‘ to Lite Beer from Miller, television ads featured retired athletes, coaches and celebrities in spirited debate as to the primary benefit of the less caloric, but ostensibly still great-tasting alternative. Using the term “light” instead of “diet” appealed to the two-fisted drinkers seeking to avoid the metamorphosis of their six-pack abs into a keg-shaped beer belly.

For much longer than the advertising world has manufactured good-natured debates intended ultimately to sell a product, residents of and visitors to the Land of Enchantment have been asked to declare their preference for “red or green.” So much so that several years ago, a state legislator submitted a resolution to declare “red or green chile” the official “state question“. On April 8, 1999, Governor Gary Johnson signed the bill making the resolution law. Less known is the fact that the New Mexico state legislature also passed a resolution approving an official state answer. It’s no surprise that “red and green” or “Christmas” has been adopted as the official answer of the great state of New Mexico?

In New Mexico, the colors red and green have lived together in perfect harmony for centuries. While most New Mexicans have a preference, that preference is often exercised on a dish-by-dish basis. That’s what Bob of the Village People and Noe Pacheco, two long-time friends of this blog, do. For Bob, it’s green on chimichangas and red on stuffed sopaipillas. Noe goes even further, declaring that not only does it depend on the dish, but on the chile itself. To him, Chimayo’s red chile is better than anything save for Lemitar green.

Another factor heretofore unmentioned is the restaurant itself. There are restaurants in which servers know not to pose the “red or green” question to frequent guests. It’s that way at Mary & Tito’s Cafe where the red chile is the very best in the universe. Some of us who have visited Mary & Tito’s for years don’t remember what the green chile tastes like. We get our green chile fix at the Horseman’s Haven in Santa Fe where the chile is not only flavorful, but incendiary and not for the faint of taste bud.

Patricia’s Cafe is ensconced among a phalanx of niche businesses in a timeworn shopping center on San Mateo just north of Candelaria. It’s rather obfuscated from the heavily trafficked San Mateo as it’s somewhat set back from the street and aside from its signage, bears no distinguishing exterior features. That is unless you consider aroma a distinguishing exterior feature. Enticing aromas are the very first thing you notice as you approach the restaurant. They grow even more olfactory-arousing when you enter.

Established in 2011, Patricia’s is a homey restaurant abuzz with activity during its hours of operation (7:30AM – 3:30PM Monday through Saturday). You’ll quickly discern this is a restaurant frequented by regulars whose names and culinary preferences are known by Sheila, the whirling dervish server who’s also Patricia’s granddaughter. Sheila has her own vernacular, using “okey smokey” as an endearing term of acknowledgement. Patricia, who was born and raised in Socorro, visits her guests when she has a chance, but during rush times is rather busy preparing meals and keeping the kitchen running efficiently.

Patricia’s food is made fresh and has the homemade qualities diners appreciate. Sopaipillas and tortillas are made the old-fashioned way, not by some inauthentic automated process. The salsa is thick and delicious with a discernible, but not overpowering piquancy. Alas, it’s served on a thimble-sized ramekin from which you’ll be lucky to scoop out more than four or five Gil-sized scoops. The chips are a mix of red and yellow corn chips and tortilla chips made from tortillas. You can ask for a second portion of salsa, but the issue of not enough salsa repeats itself.

30 July 2014: With all the fanfare over Patricia’s red chile, ordering anything else was out of the question during my inaugural visit. There may be no better canvas for red chile than an enchilada plate, two corn tortillas engorged with cheese and rolled then topped with shredded Cheddar cheese and two fried eggs over easy. The red chile lives up to its reputation. It’s earthy, rich and delicious with just a hint of flour used as a thickener. It ranks about medium on the piquancy scale. Cumin isn’t used on either the red or green chile at Patricia’s. The enchilada plate is served with whole pinto beans and Spanish rice, both of which are quite good.

1 August 2014: My friend and frequent dining companion Bill Resnik opted for the combination plate: a cheese enchilada, a tamale and a ground beef taco with beans and Spanish rice. The ground beef tacos, which can be served on hard- or soft-shells, are terrific with freshly fried meat, shredded cheese and (thankfully) not half a salad’s worth of lettuce and tomatoes. Good as they are, the tacos would benefit from just a bit of salsa (and as you read previously, salsa is sparse).

Plates are served with your choice of sopaipillas (four of them) or a single tortilla. The sopaipillas aren’t puffed-up pillows of deep pockets beckoning for honey. They’re relatively flat with smaller pockets, but they still taste great. Patricia’s serves real honey, not the honey-flavored syrup some restaurants serve. The flour tortillas have the unmistakable homemade taste and appearance. They’re perfect for creating “New Mexican spoons” in which to scoop up beans and rice.

While it remains to be seen whether Patricia’s Cafe will duplicate Mary & Tito’s magic in serving a red chile so delicious why bother ever ordering green chile, green chile is in my future if only for the sake of comparison.