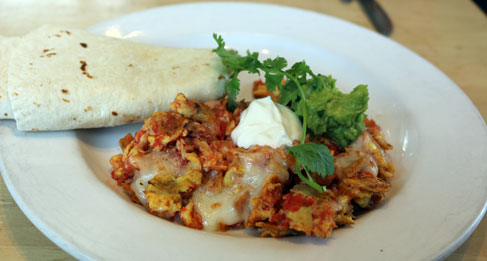 Living in the Albuquerque metropolitan area, my nieces expect to stay home on those blustery winter days in which (gasp, the horror) two or more inches of snow accumulate on the highways and byways. Because, they reason, sane people don’t have to risk such ”treacherous conditions,” they don’t buy the dramatic “exaggerations” my brother relates about his experiences growing up in Peñasco. After all, how could they be expected to believe such obvious “embellishments” as my brother having walked to school in a foot of snow and having read by the light of kerosene lamps and candles when weather knocked out electrical power for hours? They certainly don’t buy what he tells them about gas stations and the service rendered during a typical fill-up and they roll their eyes when he tells them how much gas cost “way back then.” He may as well have told them he hunted dinosaurs in the woods.

There are times we look back upon our “primitive” upbringing without PCs, iPhones and satellite television and our youth seems like an episode of The Twilight Zone, a program much too bumpkinly for my worldly and sophisticated nieces. Back then, you’d pull up to a gas station and wait in your car while an attendant not only pumped your gas, but washed your windshield, checked your fluid levels, radiator hoses, tire pressure and fan belts then thanked you for your business (what a radical notion!). Even in Peñasco there were “gas wars” in which competitors lowered the price of gas to as little as 25 cents a gallon (about the price of a loaf of bread at the time). Sometimes a fill-up included a free gift. It’s no wonder my nieces regard our recollections of the “good old days” with more than a bit of healthy skepticism.

Pointing out that Cafe Fina was once the type of service station my brother remembers fondly would certainly elicit guffaws of derision from my nieces…along with scatological comments about the “gaseous” (not the petroleum kind) nature of gas stations turned restaurants. Situated about twenty minutes east of the Santa Fe Plaza, Café Fina probably once have had a “Last Chance for Gasoline” sign similar to those on the edge of many western cities and towns many years ago. Today very few visages of its service station past are visible. In fact, unless someone tells you (or you put two-and-two together from the restaurant’s name) you’re about to dine at what was once a prominent gas station, you probably won’t be able to tell.

In a bit of prophetic irony, when every oil company in the mid-1960s was trying to differentiate its products from those of the competition, Fina touted “PFLASH” as an ingredient in its gasoline which would “improve the food at roadside restaurants.” Though PFLASH isn’t an ingredient on any of Café Fina’s culinary fare, it can certainly be argued that the ingredients used by this oasis on Santa Fe’s easternmost fringes make it perhaps the best eatery between Santa Fe and Las Vegas. You might be surprised at just how many guests fuel up for the day with brunch and lunch fare every day of the week and dinner Thursday through Sunday evenings.

Café Fina is a commodious structure with several dining rooms and an expansive patio which welcomes four-legged children of the canine persuasion. Large picture windows let in plenty of light and offer views of the pinon-studded foothills. Visit on a busy weekend and you’ll probably queue up within a few feet of the restaurant’s entrance. The line moves quickly, but not so quickly that you don’t get a generous gander at the bakery case on your left and a counter to the right with a bounty of baked goods, including quiche. The bakery case flaunts a phalanx of pies, pastries, cookies and cakes. A bevy of beverages showcases organic apple juice, orange juice, Coca cola with real sugar, Blue Sky sodas, lemonade and a number of coffee and tea options.

You might just find yourself torn between ordering the Mexican hot chocolate or the Mexican mocha. The problem is that both names are rather generic for hot beverages which may or may not have a hint of piquancy (courtesy of chile) and which usually include a number of ingredients in addition to chocolate. Because of a rather lengthy line behind us, we opted not to ask. We didn’t discern chile on the hot chocolate as has been customary since the days of a rather avaricious dude named Montezuma (who lived even before the days of 25 cent gas). Still, it’s a silky, cinnamon-kissed, rich and hot beverage not to be missed. Even more eye-opening is the orange juice, a pulpy blend with what appears to be a hit or two of seltzer for just a bit of effervescence.

Naturally you can’t have hot chocolate and orange juice without pastries and Café Fina offers only the best. Those pastries come from the Sage Bakehouse, Santa Fe’s nonpareil artisanal pastry and bread company and they are magnificent! The chocolate croissant is light, flaky and fresh, filled with rich, delicious chocolate and topped with powdered sugar. The gingerbread squares would inspire the Brothers Grimm to spin another yarn about a house constructed of this full-body flavored pastry so reminiscent of autumn.

The brunch menu is replete with options, so many and so varied that Solomon himself would be hard-pressed to select just one. It’s a menu which will surely inspire future visits to sample those options we missed out on during our inaugural visit—options such as the cloud cakes (ricotta pancakes with fresh berries and real maple syrup), huevos motulenos, the “one for David” fish sandwich and of course, the green chile cheeseburger. Because there are so many other intriguing options, we won’t have the housemade granola next time we visit and it makes me sad. The Greek yogurt with which it is served is tangy and sour, a nice departure from so many sweet yogurts. The fruits (raspberries, blueberries, bananas, strawberries) are a fresh and delicious complement to the yogurt and the rolled oats and nuts.

As much as we’ll miss the housemade granola, we’ll miss the migas even more…much more. There are a number of restaurants throughout the Land of Enchantment which serve migas, but perhaps none make them as delicious as Café Fina. There’s only one thing wrong with these migas (scrambled organic eggs with corn tortillas sautéed with mild salsa and New Mexico Asadero cheese, served with black beans, sour cream, guacamole and a whole wheat tortilla) that’s the fact that you’ll want a portion twice the size. There’s a lot going on in this relatively simple dish in which every ingredient plays so very well against its brethren. Every bite is an adventure in gustatory pleasure.

If only the migas were the size of the behemoth breakfast burrito (scrambled organic eggs, hash browns, New Mexico Asadero and Gouda cheeses and bacon with red and (or) green chile. Better still, if only Café Fina created a migas burrito then life would be perfect. While the breakfast burrito is perfectly fine…even quite good, everything pales in comparison to those migas. Surprisingly the combination of Asadero (stringy like mozzarella with a Monterey Jack flavor) and Gouda (a rich, smooth cheese) works so well, you might not want to go back to Cheddar. Bacon lovers will also appreciate the generosity of everyone’s favorite pork candy.

Because social media has brought the world closer, even tourists are finding Café Fina…and they’re loving it. What’s not to love? Writing for USA Today’s “10 Best,” the fabulous Billie Frank, whose blog The Santa Fe Traveler, is (like her) a local treasure, rated Café Fina as one of Santa Fe’s ten best restaurants for brunch. She calls it “a true local hangout.” You’ll envy those locals in close proximity to this gem of a gas station turned restaurant. My nieces probably wouldn’t believe my brother if he told them just how good Cafe Fina is.