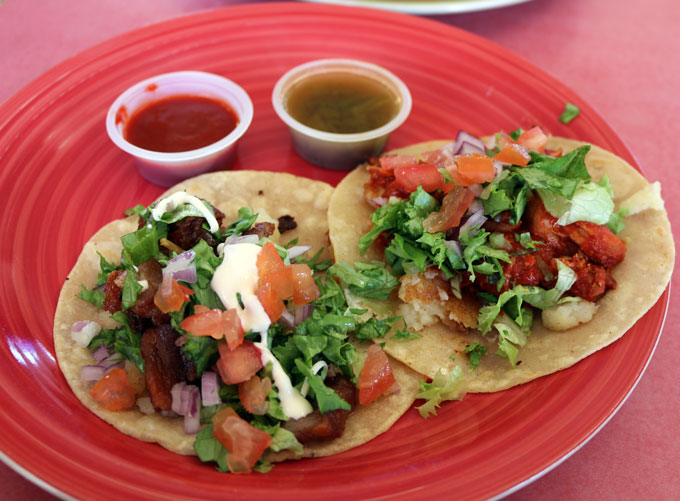 Translated from Spanish, those words–lyrics to a traditional New Mexican nativity song–mean “Let’s all go to Bethlehem with love and joy.” In villages and cities throughout Northern New Mexico, peregrines sing that song as they reverently process from house-to-house reenacting the Gospel of Luke account of Mary and Joseph and their search for shelter. Peregrines repeat their search every night during the nine days preceding Christmas, culminating with Midnight Mass on Christmas Eve. Known as “Las Posadas” this Catholic tradition often incorporates farolitos, lighted candles weighted with sand in paper bags which light the way for the peregrines and the Christ child yet to be born.

You couldn’t blame the Belen Chamber of Commerce if they ever decide to co-opt the lyrics “Vamos todos a Belen con amor y gozo.” It would make a great marketing campaign, an invitation to visit the “Hub City” with love and joy. While some of us may not associate love and joy with a visit to Belen, New Mexico, there’s much to love about the second most populous city in Valencia County. If you regard Belen as solely a place en route to somewhere else, you’re probably overdue for a visit to this ancient settlement (founded in 1741) with an eye to the future.

The New Mexico Railrunner Express makes it easy for you. As the southern terminus point for the commuter rail system, Belen welcomes visitors with open arms. Once you arrive, you’re in close proximity to one of the sixteen Harvey Houses built in New Mexico. Across the street and acequia from the old Harvey House is the legendary Pete’s Cafe, one of the very best New Mexican restaurants in the Land of Enchantment. A pedestrian overpass provides easy access to restaurants and galleries on Becker Avenue in downtown Belen.

Not everything Belen has to offer is in walking distance proximity of the Railrunner station. To take full advantage of the city’s offerings, you’ll need your vehicle. One event eliciting much love and joy in Belen is the annual matanza held the last Saturday in January. Touted as the “world’s largest matanza,” the event involves the slaughter and cooking of several dozen fatted pigs then serving them to more than ten-thousand hungry patrons. All proceeds go toward scholarships for local college students. This family-fun event is renown for, among other delicious offerings, some of the very best chicharrones and carne adovada in the land of Enchantment. People from all over the world flock to Belen to taste porcine perfection.

About twenty separate teams carry on the tradition passed down by Spanish vaqueros, preparing a variety of dishes showcasing the versatility and deliciousness of pork. For some cities it may be enough to be known for one significant achievement (such as the world’s largest matanza), but not for Belen. In August, 2015, Belen laid claim to another “world’s largest” feat. Fittingly it also involved pork. During Belen’s Viva II event, the world’s longest tamale was constructed. Measuring 116 feet, 7 inches, it easily dwarfed the previous Guinness Book of World Records’ 66-foot 4-inch tamale, which was assembled in Cancún, Mexico.

LJ Thomason and wife Tina, proprietors of Los Chavez Cafe in Belen, led the tamale team. When it comes to food and festivals in Belen, the Thomasons lead the pack…er, swineherd. They also sponsor the Rio Grande Matanzeros, one of the pork preparation teams at the world’s largest matanza. Since the New Mexico state fair began holding an annual chicharrones competition, the Thomson’s have practically owned both the “peoples’ choice” and “judges’ choice” awards. When it comes to chicharrones, no one does it better!

Fortunately you don’t have to wait until late January or for the state fair to sample those celebrated chicharrones. All it takes is a thirty-minute (from Albuquerque) ride south to Los Chavez Cafe on Main Street Belen. It’s a drive to be made with love and joy, two emotions you’ll experience at the popular Cafe (reason enough to visit Belen). The Cafe is rather innocuous, bearing little semblance to most New Mexican restaurants. In a previous life, it appears to have been the home of a Long John Silver’s seafood (term used loosely) restaurant. That notion is reinforced by the large drive-up window and cavalcade of motorized conveyances waiting to place an order.

Rather than trying to be another one of those restaurants purporting to server virtually every New Mexican dish and not necessarily doing any of them well, Los Chavez’s menu is relatively sparse, showcasing what they do best: pork dishes. Open for breakfast and lunch, the Cafe’s best bets are probably chicharron dishes though the daily specials are tempting. Chicharrones aren’t just found on the bounteous burrito menu. You can find chicharrones, porcine gold nuggets, on some items in which you wouldn’t expect to find chicharrones.

That includes chicharron tacos, a novelty anywhere else, but a specialty at Los Chavez. Served on soft-shelled corn tortillas redolent with the alluring aroma of fresh corn, the chicharron tacos are replete with inimitably delicious golden-hued cubed pork. Nestled within the corn envelope are chopped cilantro, red onions and chopped tomatoes, all reminiscent of Mexican-style tacos. Though good as gold, you won’t have to raid Fort Knox to pay for them. While you’re at it, you should also order a carne adovada taco. The carne adovada is silky smooth and absolutely delicious. The tender tendrils of chile-marinated pork are addictive.

You’ll know you’re no longer in Albuquerque with your first sampling of the Cafe’s salsa and chips. While too many of the metropolitan area’s New Mexican restaurants tend to dumb down their salsa, at Los Chavez the salsa has an incendiary bite–even more heat than the fabled salsa at Sadie’s. Because heat isn’t the be-all qualify of a great salsa, this one also has a great chile-blessed flavor. The salsa is served with crisp, low-in-salt chips. You’ll quickly polish off the complimentary first portion (perhaps with a cup or six of coffee) and will probably order another portion.

Jim Croce once cautioned against “tugging on Superman’s cape and spitting into the wind.” He should have added “you don’t order something other than chicharrones at Los Chavez.” That’s precisely what this humbled critic did because my waitress rhapsodized about the chile relleno plate. Don’t get me wrong. The chile relleno was delicious, thanks largely to the piquancy of the cheese-engorged green chile, but it was battered a bit too thickly for my taste. Though I enjoyed the rellenos–and the superb frijoles and papits–very much, my cheating eyes were focused on the chicharron dishes destined for other tables.

Love and joy will certainly warm your heart (and that’s not just the chile talking) after lunch at Los Chavez Cafe in beautiful downtown Belen. It’s time to rediscover Belen and the pleasure pork can bring.