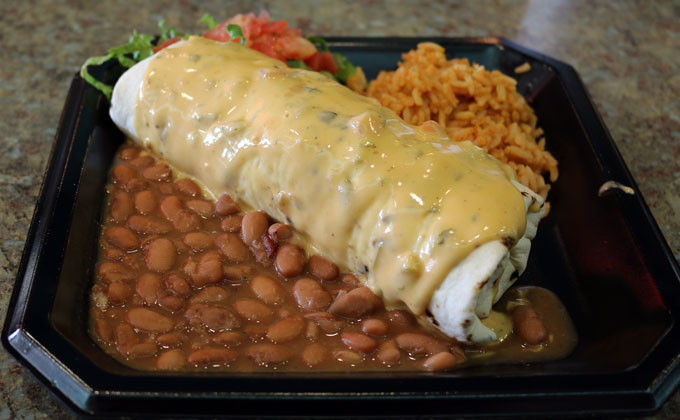 “Nowadays, hoy en día, with our world full of war and violence and lack of love, a world full of greed
A world of domination, grasping power, venal stupidity, real evil. Don’t get me started.
It’s good to know that a conversation about tacos will always engender a sense of comfort and happiness.
If only we could sit down at a big round world table and eat tacos in a spirit of love we might begin to work on world peace!”
~Denise Chavez
New Mexican Author

Not even the beloved taco was excluded from the divisiveness of 2016’s contentious presidential campaign. Marco Gutierrez, founder of the group Latinos for Trump warned MSNBC that without tighter immigration policies…”you’re going to have taco trucks on every corner.” While taco trucks may not yet be parked on every corner, tacos have become a ubiquitous favorite across the fruited plain, as American as apple pie, hot dogs, pizza and egg rolls. Their popularity is unparalleled with a market segment outpacing competitors in the quick service restaurant category. Despite a near cult status, analysts believe tacos have yet to reach their peak in popularity–and not solely because their portability and deliciousness make them such a desirable dining option. Culinary anthropologists attribute much of their increasing popularity to their diversity–the adaptation to a wide variety of ingredients across culinary cultures–agreeing that these are not your mom’s tacos.

The invention of tacos is largely credited to eighteenth century Mexican silver miners. Largely considered working-class food, tacos made their way north of the border in 1905 when Mexican migrants were brought in to work the mines and railroads of the burgeoning States. From being constructed with offal or shredded beef (when available) in Mexico to being made with hamburger (along with the widely available Cheddar cheese, tomatoes and iceberg lettuce) in the United States, the taco began to evolve. Credit Taco Bell and its proliferation of the pre-fried hard shell with the next significant evolution of the taco. Further adoption, adaptation and transformation can be imputed to other immigrant cultures (such as the Lebanese who introduced the taco al pastor).

While many of us are quick to criticize Millennials, Elizabeth Johnson, a Latin Cuisine Specialist at the Culinary Institute of America credits the most recent–and maybe most profound–evolution of the taco to “the next greatest generation.” “Millennials are very multi-ethnic…and very interested in cuisine from around the world,” she posits, adding that “we are becoming more and more casual.” Coining the term “tacofication” of foods, she points out the fusion of various ethnic foods with tacos: Korean barbecue, Belgian waffles, Chinese dim-sum, Vietnamese banh mi and more, explaining that “this is happening because the United States is changing, especially the younger generation.” That tacofication of foods is evident even in the Duke City where diners are indulging in taco adventures of which our abuelitas could not have conceived.

In its Fall Food and Wine Issue for 2016, Albuquerque The Magazine (ATM) crunched the numbers and told us that in 2015, Americans ate more than 4.5 billion tacos (so it wasn’t just me). That’s more than 490,000 miles of tacos or roughly the equivalent of circling the globe nineteen times. In terms of tonnage, the totality of tacos consumed across the fruited plain is the equivalent of two Empire State Buildings (730,000 tons). In its “Taco the Town” feature, ATM indicated Albuquerque has “nearly 170 restaurants that create and serve some of the tastiest tacos of every ilk–from New Mexican to gourmet; seafood to veggie.” The Magazine sampled and presented several examples of the city’s “unique, unusual, and undeniably savory taco types.”

With nary a nod to Taco Bell and its own contributions to the revolutionary-evolutionary diversity of tacos (Cool Ranch Doritos Tacos, Breakfast Waffle Tacos), ATM’s feature on unique, unusual, and undeniably savory taco types across the Duke City celebrated several exemplars of cultural taco fusion. One of the best illustrations cited is the Jerk Chicken Taco, a specialty of Casa Taco on Academy. If you’re not yet acquainted with this purveyor of taco innovation, lake-lovers among you might recognize its elder sibling of the same name in Elephant Butte. The popularity of the latter, serving the popular reservoir vacation area since 2002, is one of the reasons the former launched in the Duke City in July, 2015.

Founder James Pecherski is a Detroit native who fell in love with the Southwest while vacationing with family as a child. He later attended the prestigious Le Cordon Bleu culinary school in Phoenix where his passion for the region’s culinary traditions were further inculcated. It was never his intention to replicate Mexican or New Mexican style tacos, but to honor them with innovative concepts and ingredients. He characterizes Casa Taco as a “Southwestern, contemporary restaurant with New Mexican and central Mexico influences, with a tropical twist.” Those influences are very much in evidence throughout the menu.

If you love tacos and can relate to the culinary adventurousness of a Millennial, you’ll love Casa Taco’s menu where tacos are more than just corn or flour tortillas stuffed with sundry deliciousness. Three categories of tacos festoon the menu: Signature Tacos, Specialty Tacos and Grande Tacos. Strewn throughout that menu are familiar options–ground beef tacos, carne asada tacos, calabasitas tacos–you can find elsewhere. Seek instead those taco options with which you might not be familiar, those innovative creations, tacos unique to the Land of Enchantment. Options such as the aforementioned Jamaican Jerk Chicken tacos were the impetus for our inaugural visit. Not in the mood for tacos? The accommodating staff can create a burrito, wrap, sandwich or salad from any of the ingredient combinations used to build tacos.

That’s precisely what they did for me. Rather than order the Jamaican Jerk Chicken Taco plate (spicy jerked chicken breast and a fiery habañero pineapple-mango salsa), I asked for and received a Jamaican Jerk Chicken Burrito plate (with beans and rice). As if the sweet-fiery qualities of the habañero pineapple-mango salsa and the incendiary properties of assertively seasoned Jamaican Jerk chicken aren’t enough, the amenable waitstaff will top your burrito with your choice of red chile, green chile (both laden with cumin) or con queso. Combustible and delicious, it’s a terrific way to enjoy a burrito. There’s only one drawback–the burrito is served with plastic utensils which make cutting into the soft, pliable flour tortilla a challenge. The accompanying beans are quite good, but the rice is on the boring side (something that can be said about most “Spanish” rice).

When we espied “Yucatan Pork Tacos” on the menu, we envisioned tacos engorged with the myriad of exotic tropical fruits and vegetables found in abundance throughout the Yucatan Peninsula in Mexico. Instead we were rewarded with two tacos engorged with lean chile-crusted pork loin, a spicy cucumber salsa and sweet pickled onions. The spicy cucumber salsa is very much reminiscent of the sweet cucumber relish served in Thai restaurants with dishes such as satay. It’s a wonderful complement to the lean, chile crusted pork loin which is plentiful in bite-sized pieces. You can alter the flavor profile of these (or any) tacos with the addition of any one of the lively salsas found on the salsa bar.

For a more “conventional” (term used lightly) taco evocative of Old Mexico, try the La Puerto Steak tacos (cilantro and garlic “mojo” marinated steak with guacamole and cilantro). Lest some lexicologist surmises “mojo” means these tacos are imbued with some magical voodoo charm or infused with libido, in this case mojo is also what several types of Mexican sauces are called. The mojo penetrates deeply into the steak, infusing it with a lightly spicy personality. The steak marries well with the invigorating freshness of the cilantro and the astringency of garlic. This a great taco for experimenting with the various salsas.

There was a time “con queso” was better known by its full name “chile con queso.” At Casa Taco, it’s still called “chile con queso.” By any name, it’s the perfect vehicle for crispy fried tortilla chips. Picture a heaping bowl (or Styrofoam vessel) of hot, velvety cheese festooned with fiery chiles and chips sprinkled with red chile. If you frequently crave chile con queso, this one will quell your ardor and possibly make an addict out of you. It’s some of the very best chile con queso in the Duke City area. Remember, you can have your burrito smothered in this liquid gold, too.

In 2016, Casa Taco earned TripAdvisor’s coveted “Certificate of Excellence.” One visit and you’ll discover why so many Yelp reviews are peppered with the adjective “excellent.”